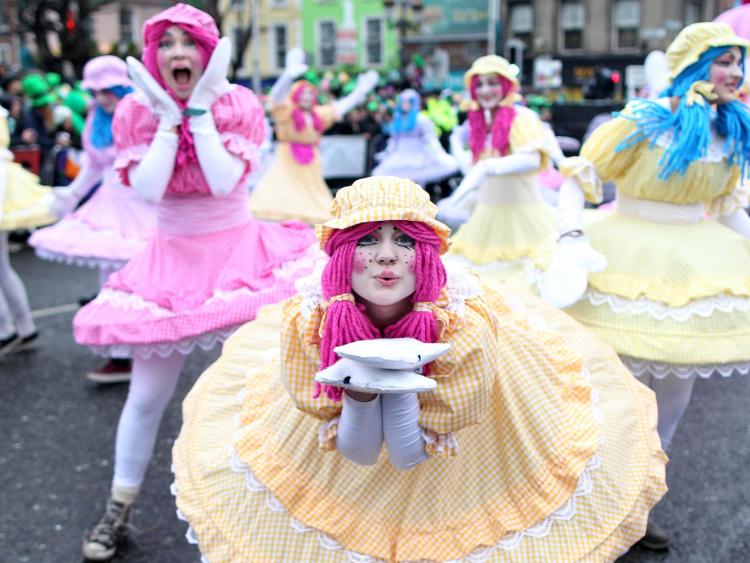 All the fun of the Dublin St Patrick's Festival.

Wherever you are in the world, join the St. Patrick’s Festival Parade live from Dublin as viewers at home and abroad can watch the festivities for free, with RTÉ Player.  Catch up with celebrations from around Ireland and across the globe and celebrate the ‘Best of Ireland’ with a wonderful collection of short clips, documentaries, interviews and more all on RTÉ Player.

Presented by Aidan Power, Blathnaid Ni Chofaigh and Des Cahill, from 12.15pm (Irish time), the St. Patrick's Day parade will weave its way through the heart of the capital city in a flourish of colour and flair. This year sees Dubliner Liam Cunningham, star of Game of Thrones, lead the parade as Grand Marshall.  Community groups and pageant companies from all over Ireland will come together to celebrate the parade theme “Home Is Where the Heart Is” with over 2,000 band members from far and wide deliver dazzling rhythms and uplifting music that will reverberate throughout the city’s streets.  Tune in live here.

In addition to the live parade, viewers can watch cities around the world go green in a series of special news reports.  Audiences can also catch up on regional parades from across the North, South, East and West of Ireland which will be added throughout St. Patrick’s Day on RTÉ Player.

Celebrate all that Ireland has to offer with RTÉ Players ‘Best of Ireland’ collection including fantastic entertainment with The RubberbanditsGuides, The Nathan Carter Show, Garda Down Under, a look back on Ireland’s legendary TV soap in The Riordans: Tea, Taboos and Tractors and interview clips from The Late Late Show featuring some of Ireland's greatest including the nations sweetheart, Saoirse Ronan.