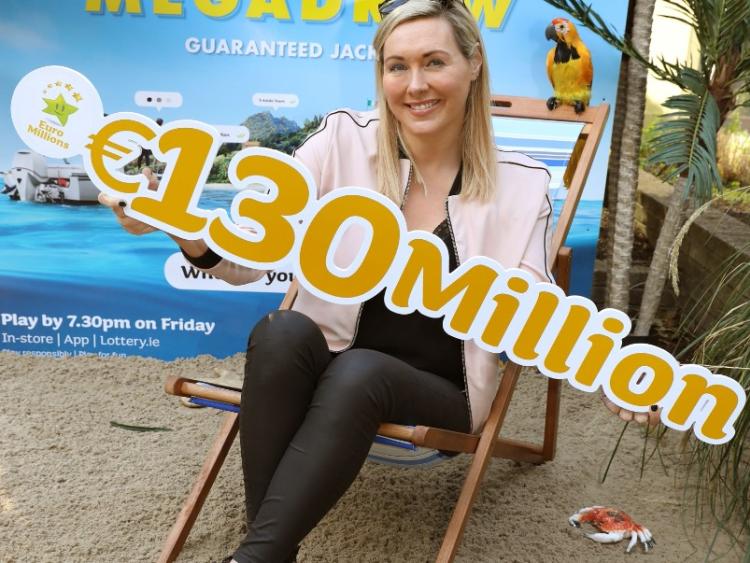 The EuroMillions jackpot is a guaranteed €130m today!

Excitement is building all over Co Leitrim ahead of today’s special EuroMillions Megadraw, with a guaranteed jackpot of a staggering €130 million.

The National Lottery today advised players dreaming of winning big to buy tickets early to avoid queues as retailers all over Leitrim report brisk sales for the special €130 million draw.

National Lottery CEO, Dermot Griffin, said: “Ireland has a great record with EuroMillions, with a total of 12 jackpot wins since the game launched in 2004. Seven of those were syndicates. There is massive excitement around today’s special Mega EuroMillions Draw with a guaranteed jackpot of €130 million giving our players a chance to win a truly life-changing amount.  People in Ireland have been huge supporters of EuroMillions since it launched and we would dearly love to have an Irish winner on Friday, whether it be a single player or a syndicate.”

Mr Griffin said syndicates are especially popular when jackpots are high, with groups of workers, families or friends coming together to play. “It can be fun and rewarding to be part of a National Lottery Syndicate.

“Every so often EuroMillions gives back to its players by offering special draws. The excitement is helped by today’s good weather! With a massive jackpot of €130 million Friday we are advising our players to buy their tickets early in store to avoid queues or to play online at www.lottery.ie or through the National Lottery App.”

Meanwhile new research shows that almost a third of all Irish adults – or more than 1.1 million people – take part in National Lottery player syndicates, with work syndicates the most popular.

Here is the roll call of the lucky twelve Irish EuroMillions jackpot winners to date:

June 2009: A family syndicate shared the jackpot with a British winner, taking home over €29.4 million.

June 2013: A winning ticket sold in Beaumount, Dublin, shared a jackpot worth over €93 million.

September 2013: A young man from the South East shared a jackpot of over €25 million with a player in Spain, taking home over €12.8 million.

April 2014: A jackpot prize worth €15 million was claimed on a ticket sold in Castlebar, Co. Mayo.

September 2014: An €86.7 million jackpot was won by a syndicate from Dublin (private). The ticket was sold in Centra, Ballybrack, Co. Dublin.

January 2016: A syndicate of friends won over €66 million, splitting the jackpot of €132,376,632. The ticket was sold in Eason’s store, Fairgreen Shopping Centre, Carlow.

July 2016: 22 colleagues from Dublin Bus won the €23.8 million. The ticket was sold in O’Hanlon’s Portarlington.

January 2017: A Dublin work syndicate claimed the €88.5 million EuroMillions jackpot. The winning ticket was sold at the Applegreen Service Station on the M1 Northbound in Lusk, Co. Dublin.

July 2017: A syndicate from the West of Ireland won a €29 million EuroMillions jackpot. The ticket was sold in Garryduff XL Store on Pound Road, Castlebar in Co. Mayo.

December 2017: A small family syndicate from Dublin won €38.9 million on a ticket purchased in The Village Shop in Malahide Shopping Centre