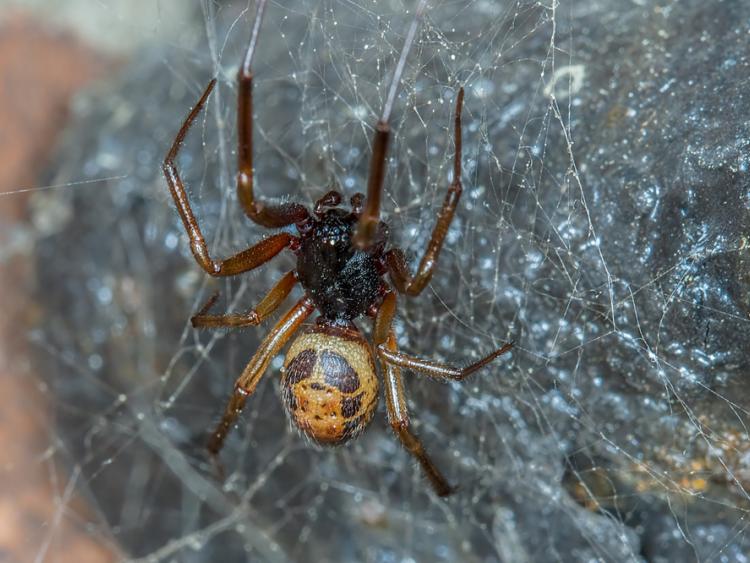 First we have snakes popping up left right and centre, now it's non-native spiders playing havoc with our wildlife!

Researchers from the Ryan Institute at NUI Galway and the Herpetological Society of Ireland have just published the first record of a spider feeding on a reptile in Ireland.

The Noble False Widow spider, which has colonised much of Ireland since first being recorded here 20  years ago, has been observed feeding on Ireland’s only native terrestrial reptile, the Viviparous lizard (see below). 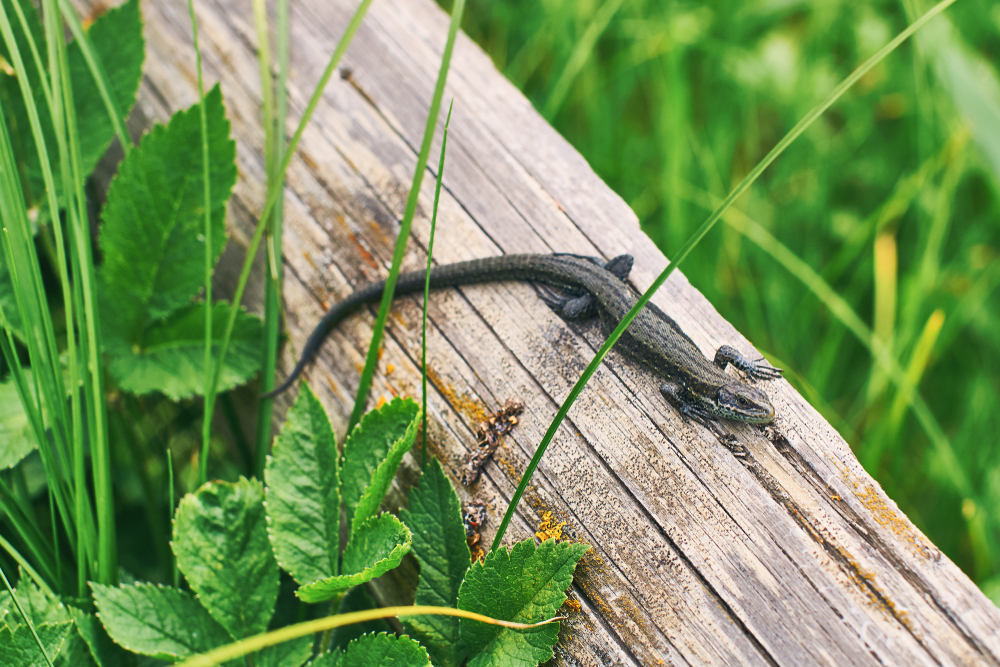 The report has just been published in the Proceedings of the Royal Irish Academy journal.

The unusual scene was recorded in a private garden in Killiney, Co. Dublin in May last year when the 8.5cm juvenile Viviparous lizard was found entangled on a web with the 3.3cm Noble False Widow spider feeding on its flesh.

According to researchers ,the somewhat gruesome scene is not uncommon in the tropics, where a handful of spider species are known to occasionally feed on birds, rodents or reptiles. It is not, however, something we are accustomed to seeing here in Ireland.

Noble False Widow spiders are remarkably adaptable and possess fast-acting neurotoxic venom that can cause neuromuscular paralysis in terrestrial vertebrates (organisms that possesses a spinal column or vertebra and lives predominantly on land) and occasionally feed on small reptiles.

Dr Michel Dugon from the Venom Systems Laboratory in the Ryan Institute at NUI Galway, says: “This report is quite significant for two reasons. One, it is the first time a terrestrial vertebrate has fallen prey to a spider in Ireland and second, the Viviparous lizard is a protected species in Ireland while the Noble False Widow is a recent alien species that is still actively colonising Ireland. This poses the question of the delayed impact of overlooked invasive species on iconic native organisms. It also raises the question of the true impact of the Noble False Widow on our native ecosystems.”

John Dunbar, lead author of the study and PhD researcher at the Venom Systems Laboratory in NUI Galway, said: “While Black Widows are known to prey on small reptiles, there are only two previous accounts from other species of False Widow spiders preying on a lizard in Iran and on a snake in Bulgaria. Surprisingly, this is the first time the False Widow spider that is currently colonising Ireland has been documented preying on vertebrates. In addition to its venom possessing a powerful vertebrate specific neurotoxin, it can produce very strong silk which gives it a real advantage over our native spiders in entangling large prey.”

Co-authors Collie Ennis and Rob Gandola from the Herpetological Society of Ireland, caution: “With the Noble False Widow spider following the increasing urban spread into our countryside, the possibility of them coming into contact with native wildlife will no doubt increase.”

The researchers added: “We are right in the middle of the lizard birthing season and this is when most lizard sightings are made and when juveniles are likely to turn up in gardens. Female lizards give birth to between 6-11 babies that are jet black and about 40mm long. It’s the juveniles that disperse to new areas but given their tiny size you can see how this is a dangerous endeavour. We’d ask people who are lucky enough to have lizards near or on their property to keep a watch out and report any sightings of Noble False Widows predating on lizards. It would be really helpful to get an idea of how frequent these interactions occur and even the size classes involved, it may not only be young lizards that fall prey.”

Noble False Widow spiders have made regular headlines in recent years as they have become more prevalent in Irish homes. While not thought to be life threatening to humans, a bite from the Noble False Widow (see below) delivers a fast acting neurotoxic venom which can cause pain and discomfort for a few days. 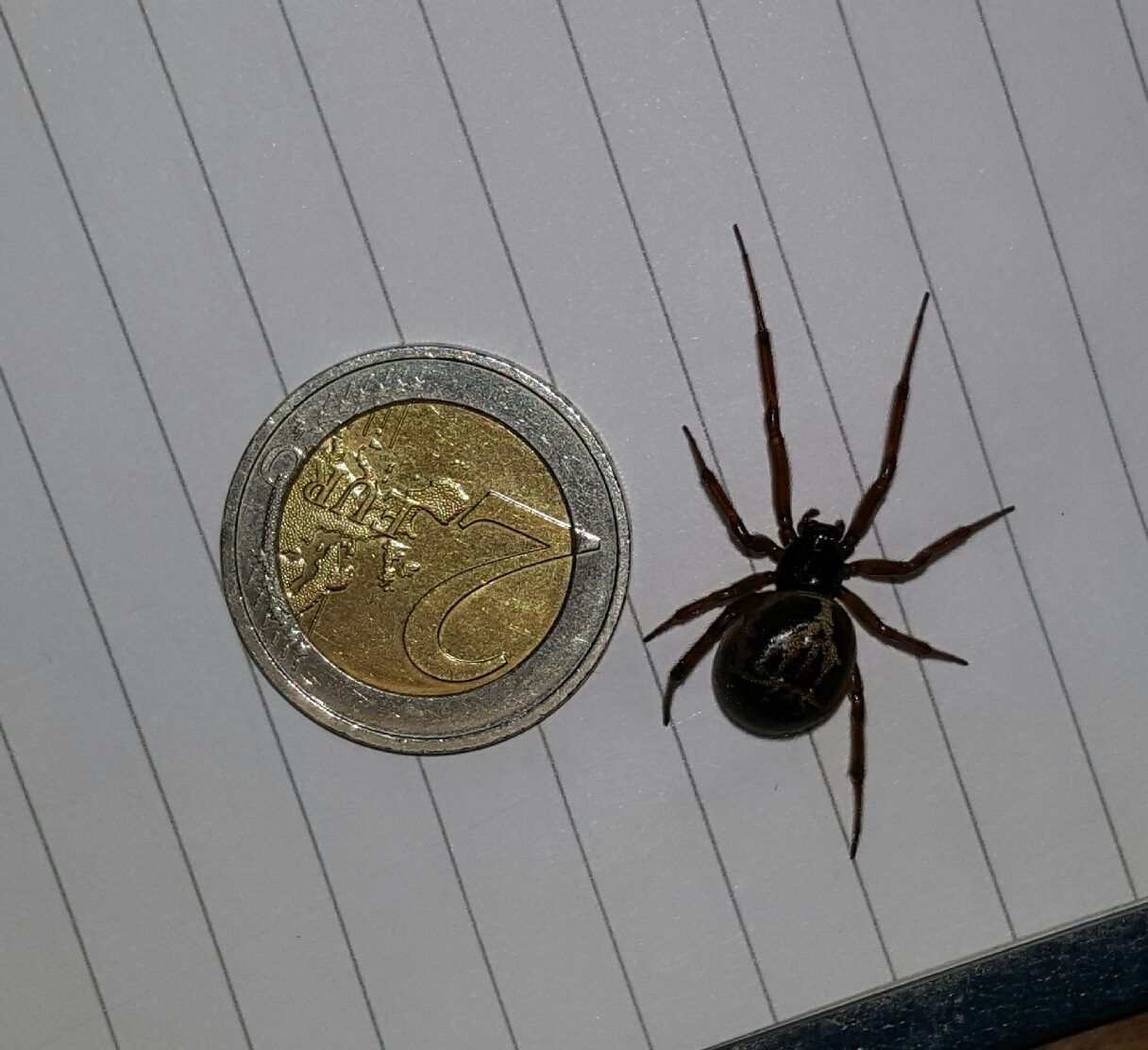 The Venom Systems Laboratory at NUI Galway is the only one in the world currently working on extracting venom from the Noble False Widow spider for potential therapies.

The Noble False Widow lives for five to seven years whereas most other spider and bug species in Ireland only lives for a maximum of one year. In Ireland, Noble False Widow spiders live close to buildings and houses inhabited by people. Dublin, Cork and Wexford have the highest number of Noble False Widows to date - so if you live there, well, we'd advise checking your shoes before putting them on in the morning.