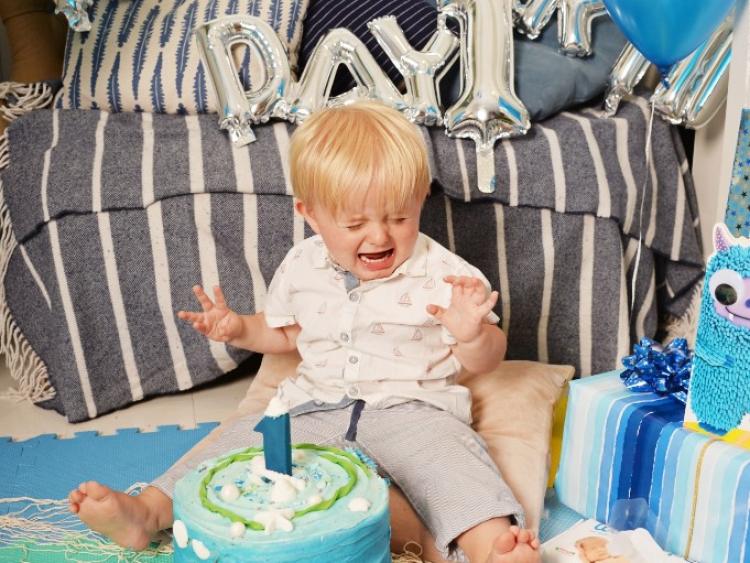 Are we putting too much pressure on ourselves and our children in a bid to have a 'picture perfect' birthday?

New research highlights that over half of Irish parents (54 per cent) worry about their child’s first birthday not being picture-perfect – such as the cake not coming out as planned (31 per cent), their baby crying throughout the celebrations (41 per cent) or the mess the celebrations will create (20 per cent).

WaterWipes, has commissioned the research and collaborated with famed party photographer Dave Bennet to capture a series of first birthday celebrations. The first birthday photo series highlights that the special moments often come from the imperfect, ‘unplanned’ times – as captured on camera within the series.

The research revealed that social media is fuelling the pressure Irish parents face when it comes to this momentous occasion. Almost one sixth of parents (15 per cent) admitted to taking more than three photos just to perfect an ‘Instagram worthy’ shot – stating that they feel the need to make their photos look as ‘polished’ as the ones they see on social media platforms (18 per cent).

However once the celebrations are in full force, there are numerous things that Irish parents cite as being their favourite moment of the day – from watching their little ones open their presents (28 per cent) to singing the traditional ‘happy birthday’ song to them (23 percent).

It seems first birthdays can also provide a lot of humour, too, with the following being voted as the funniest things that have happened at their first birthday parties:

1.       The birthday boy/ girl has been too shy and gone into hiding throughout the party (31 percent)

3.       The birthday boy/ girl cried throughout the celebrations (19 percent)

Renowned party photographer, Dave Benett commented: “It was a lot of fun shooting an entirely different type of party for the first birthday series with WaterWipes – trading in champagne and celebrities for balloons and birthday cake!  In a world so obsessed with getting the ‘perfect’ photograph, party pictures should be real and spontaneous and it was great to capture these honest first birthday moments.”

David Lawlor, WaterWipes brand manager commented: “Our research tells us that parents can often find first birthdays daunting – all the planning and the pressure can sometimes be a bit too much. But we know that this celebration is one that families will remember for years to come – and we believe that any celebration is perfect, even when things don’t quite go as you planned.”

WaterWipes is giving you the opportunity to win your very own photographer who will capture your child’s birthday celebrations or a fun family photoshoot – head to the WaterWipes Facebook page for more details on the competition and entry.