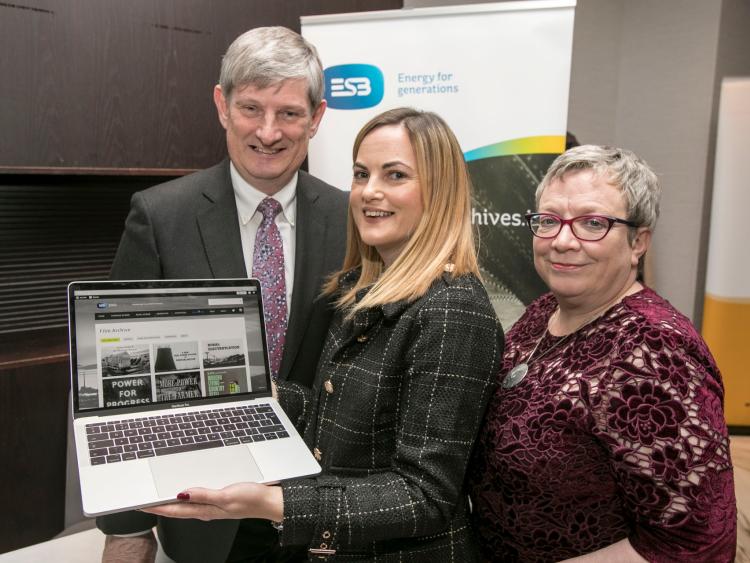 Pictured at the launch of ESB archives.

Celebrating the 90th anniversary of the establishment of ESB’s Public Relations Department, ESB has launched previously unseen film footage commissioned by the organisation dating back to the 1920s.

The film archive – hosted on esbarchives.ie/film - offers a unique insight into the social, cultural and economic development of Ireland at this time and up to the 1980s.

ESB first dipped its toes into the film world when they entered an agreement in April 1928 with the First National Pathé Film Company to record the construction of Ireland’s first hydroelectric station on the River Shannon at Ardnacrusha in Co Clare. The film was subsequently shown in cinemas, school and colleges nationwide to educate the country on the importance of the development.

From the 1950s to 1980s, ESB employed the services of acclaimed Austrian filmmaker George Fleischmann who incidentally crash landed in Ireland while on a surveillance mission during World War II. Interned at the Curragh Camp, he produced 15 films for ESB.

The first of his documentaries – ‘Power for Progress’ – details the infrastructural work carried out by ESB up to 1955 including the development of hydro, peat and coal stations. Domestic and social scenes from the 1950s are also captured including the focus on promoting the all-electric house.

Outlining the importance of this archive to recording Ireland’s history, Pat O’Doherty, Chief Executive of ESB, said: “The films, preserved in ESB Archives, illustrate ESB’s contribution in the evolution of a new and changing Ireland with many having cultural, educational, historical and social significance. The early documentaries were broadcast in cinemas or local screenings at a time before television arrived, opening Irish society to a brighter future through the electrification of the entire country.  We are delighted to release the films online for everyone to enjoy from all corners of the world.”