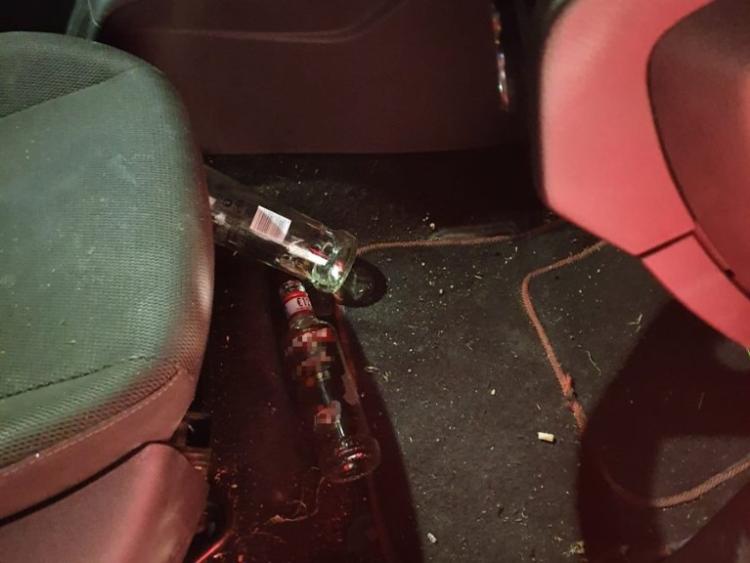 Empty bottles on the floor of the car.

A driver stopped by gardai in Cork this week has taken being stupid to a whole new level.

According to the official garda twitter feed, the man was stopped after driving his vehicle with no lights, on the wrong side of the road. Stupid behaviour? Absolutely. Reckless? Definitely.

The man also admitted to consuming a bottle of vodka. Let that sink in. A BOTTLE of vodka, before heading out for a night time drive. Oh, he was also disqualified from driving at the time.

It's safe to say this potential Mensa candidate will be appearing before a court in the very near future.

Cork City RPU arrest a drink driver after observing the car driving with no lights on, on the wrong side of the road. Driver admitted consuming a bottle of vodka. Checks show driver already dq'd from driving. Court to follow. #Cork #ArriveAlive #NeverEverDrinkAndDrive pic.twitter.com/gglqmBD0uZ