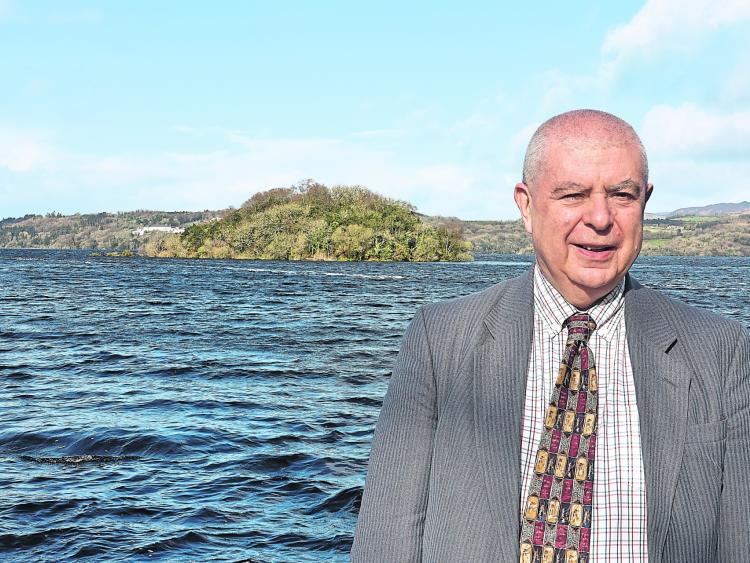 Former Leitrim Guardian Person of the Year and one of the organisers of Leitrims Health Is Wealth, Hubert McHugh talks about his love for Leitrim.

What's your idea of a perfect day, or perfect weekend in Leitrim?
There are several ways to enjoy all that Leitrim has to offer. From visiting Glencar Waterfall on a beautiful summers day to standing in the crowd of Leitrim supporters cheering on our football team! I love visiting the museum and the Ballroom of Romance in Glenfarne and taking in the a of one of Leitrim's famous sons Sean MacDiarmada in Kiltyclogher. There’s no finer way to finish the day than to have a beautiful meal in the award winning Riverbank restaurant in Dromahair.

Who has made the greatest contribution to Leitrim in your lifetime - and why?
Over the years we have been blessed with several great ambassadors for our county. I think Packie McGarty was the greatest footballer Leitrim ever produced and he was probably one of the best footballers in Ireland. I also want to mention Dr John Evangelist McBride OFM who hailed from Killavoggy who was Bishop of Kokstad in South Africa. He worked amongst the poorest people setting up two hospitals with the Franciscan Sisters. These hospitals trained many young African girls to look after and care for their own people. Although not a native to Leitrim, since moving here in the early 90’s, Dr Rosaleen Harkin has made a huge contribution to Leitrim both through her work as a GP in Drumkeerin and through her voluntary work with many different organisation in Leitrim.

What's your first Leitrim memory?
My first trip to Croke Park was in 1969, I was there for the final of the Railway Cup. Connacht were playing and Fr Harry O’Carroll was the only Leitrim representative on the team. I was in boarding school at the time and people from Leitrim were very often mocked about where they came from and the state of the county team at the time. In that match with only a few minutes to go, Fr Harry O'Carroll fisted the winning goal. I felt like a very proud Leitrim boy that night.

What's your favourite part of the county - and why?
I have to say I feel Killavoggy is my favourite part of Co Leitrim! It is where I was born and reared, and the place that I have my happiest childhood memories. Growing up life was very simple but very happy. I had great friends and neighbours who always went out of their way to help each other.

What do you think gives Leitrim its unique identity?
In my opinion Leitrim is the friendliest county in Ireland! Leitrim has always welcomed visitors with a cead mile failte. Leitrim is a rural county with a small population but in times of need there’s no better place to be. We support each other from the top of the county to the bottom. Leitrim also has a beautiful unique landscape and a great tradition with music and drama.

Do you have a favourite local writer or author?
In Leitrim we have several local writers and authors to choose from – Seamus O'Rourke, John McGahern, Prin Duignan and Vincent Woods to name but a few. Michael Harding in nearby Arigna has also contributed to the arts and literature in Leitrim.

What about a local walk - or view?
Scarden waterfall on the Arigna Miners Way just outside Drumkeerin is one of my favourite walks. Walking in the footsteps of the original track taken by the coal miners of the nearby Arigna Mines, you can’t help but appreciate the difficult and dangerous job they had to do. From the site of the waterfall, there is a beautiful vantage point for panoramic views of Lough Allen.

What's the biggest challenge facing the county today?
In the past few years Leitrim has been hit like the rest of the country by unemployment and immigration. We have lost several of our young people who had no choice but to leave to make a better life for themselves all over the world. We need to create employment and opportunities to entice our young people to come home. Another challenge facing our county is the ever increasing amount of our land being planted by forestry and the inability of young couples to get planning permission to build new homes in most parts of Leitrim.

If you had the power to change one thing in, or about Leitrim, what would it be?
Through my work as a community mental health nurse for the past 44 years, the one common denominator that causes the most problems is loneliness and the feeling of isolation. Indeed, some of us know all too well from our own experience just what that is and what it feels like. Sometimes the most connected people are the most disconnected.