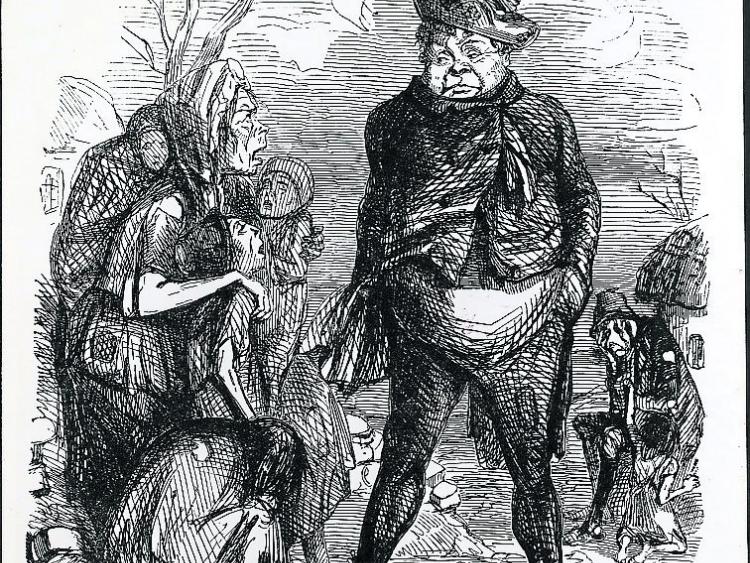 Cartoon depictions of the period are quite disturbing such as this - ‘Rint’ versus potatoes - The Irish Jeremy Diddler 1845 © Hulton Archive : Getty Images

From descriptions of the failed potato crop to calls for more sources of employment for starving men, the description of Leitrim’s starving have come to light following a new study into Famine Relief Papers from 1844-1847.

The study shows the real-life scale of the destitution faced by Irish people in the lead up to the famine, providing an intimate insight into a defining moment in Irish history.

The Relief Commission and subsequent relief committees around Ireland were formed just prior to the official beginning of the famine to oversee relief efforts, distribute food, collect information and advise the government on the famine, the people and aid efforts.

Soup kitchens were set up, but in 1847 the government shut them down, anticipating a better crop which never materialised. Another piece of the relief plan was creating government work projects, so that those who were able could earn money to buy food.

During the Great Famine over 1 million people died, and a further million left Ireland. More than a century and a half later, Ireland’s population had still not returned to pre-Famine levels.

Hand-written letters and documents provide first-hand accounts of the levels of destitution faced by starving people in Leitrim. 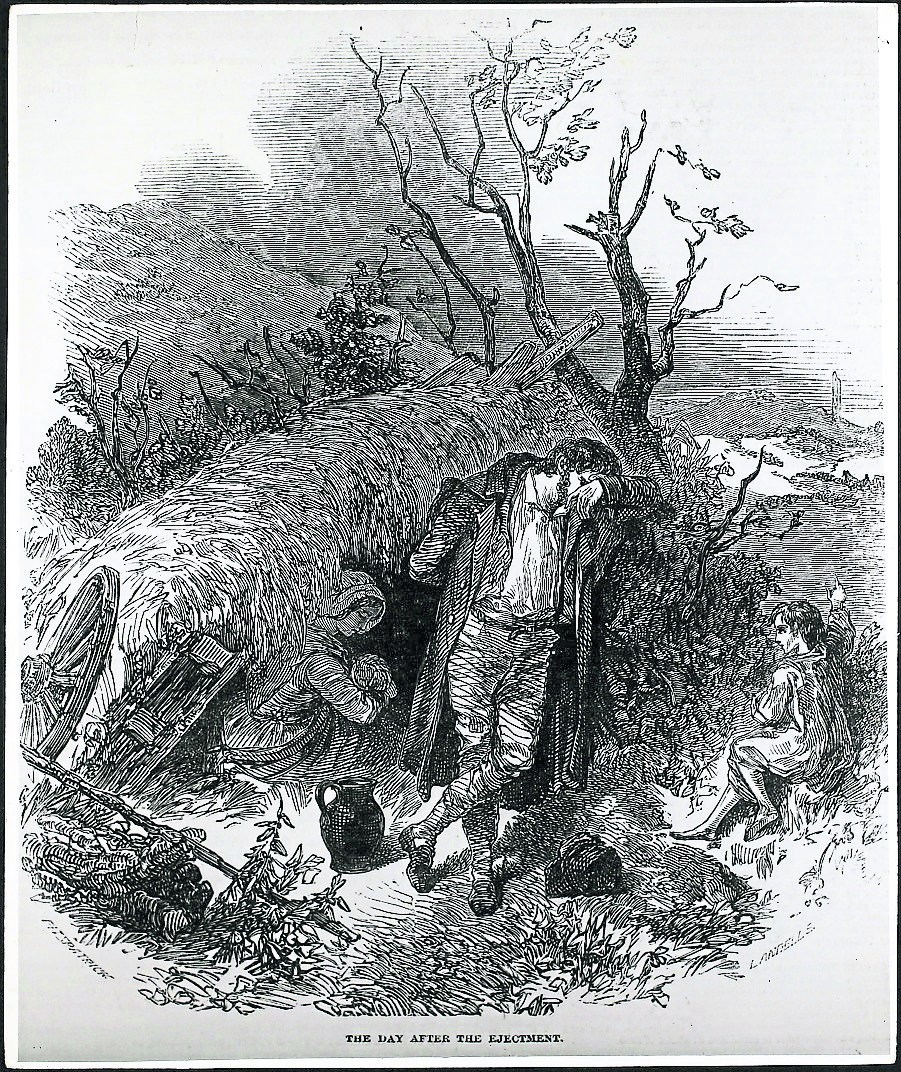 Failure of the crop in Mohill

On 23 March 1846 A Moore, PLC forwarded an extract from the minutes of the Mohill Board of Guardians to the commission. The minutes expressed their concerns of the levels of destitution and the failure of the potato crop.

“The Guardian of the Mohill Union having carefully collected every information in their power relative to the state of the poor and their measures of supporting themselves, have come to the following resolutions.

“That they entertain the most serious apprehensions as to the measures in their reach of the poor offices union to provide for their families.

“That there can be no doubt of the extensive failure of the potato crop excepting in the Southern part of the parish of Mohill and that vicinity they are expecting such as are good and that there is every reason to fear that the people will not have potatoes for seeding their land.”

On 29 March 1846 Sub-Inspector Wray, to Colonel Duncan McGregor, Inspector General of the Constabulary, sent a report to the commission of a raid by three men on the residence of Widow Lemon of Gortnacamdarragh to warn her son, Patrick, against taking up the position of driver on Dr Crawford's lands in Corduff.

“About the hour of 10 o clock on the night of the 25th just a party of three men unknown one of who was armed with a pistol went to the residence of the Widow Lemon of Gortnacamdarragh and on entering inquired for her son Patrick – who was then absent at the Fair of Armagh – and on having informed he was not at home they states “if we had got him he would be sorry for attempting to become the driver in the lands of Corduff” it having circulated he was anxious to obtain that situation from the Landlord Doctor Crawford – the man around with the pistol then fires a shot in the direction of the [word missing] which several article of the delf were broken – they then went away without doing further injury.”

On 14 October 1846 subscription lists and certificates were sent to the commission. Within this was a note by Captain RG Layard on his report of the County of Leitrim.

“The soup kitchen established here, was a failure, gratuitous relief is given out weekly, in bread and meal. Death occur daily to a fearful extent apprehends great distress to the North of Ballinamore.”

On 25 June 1846 JC Walker of the OPW wrote to the commission enclosing an extract from Lieutenant Baillie's report on the barony of Rosclogher.

“The distress at present existing in this Barony is in general but trifling, with the exception of a portion of the parish of Rossinver, between Glenaniff and Lough Melvin, which from all the testimony I have been able to gather is in a very distressed state, and I have reason to believe that there is not a potato into it, with the exception of those purchased principally at Ballyshannon, Co Donegal where on last Market day they were selling at the low price of from 3 to 3 1/2 per stone, yet still great number in the district I have mentioned can only obtain them, even at that price, on trust.”

Plea for coffins in Aughrim

On 22 February 1847 Patrick Browne, poor law guardian to the Parish of Aughrim, wrote a letter to Colonel Duncan McGregor, Inspector General of the Constabulary. His letter noted 16 deaths in the parish in the last week and noted the difficulties people had in affording proper burial for their dead.

“They go about collecting money to bury the dead but in fail the small sums they are able to process are expended in purchasing food for the surviving starving family […] I beg and solicit your interference with some of the relief committees in Dublin to find me some means to have a number of coffins made under my own inspection and read for those melancholy calls.”

Ancestry’s Joe Buggy commented, “Documents and letters sent to the Famine Relief Commission provide a unique insight into the level of destitution, pain and hunger around Ireland during this time.

“From the collection one can sense the rising panic, with stock and food levels rapidly running out and committees pleading with the commission for help.

“Through the collection it is now possible to search for family names and local areas to see how exactly people were affected by the turmoil of the Great Famine.”

Ancestry is the world’s leading family history site containing the largest collection of family trees with over 100 million family trees from over 100 countries.

In previous years they have completed new research into Irish collections including records of Irish convicts sent to Australia and an interesting look at Irish first names that are becoming endangered.

To search the Famine Relief Commission Papers log onto www.ancestry.ie. The records are searchable by name, date and the county in which they occurred.