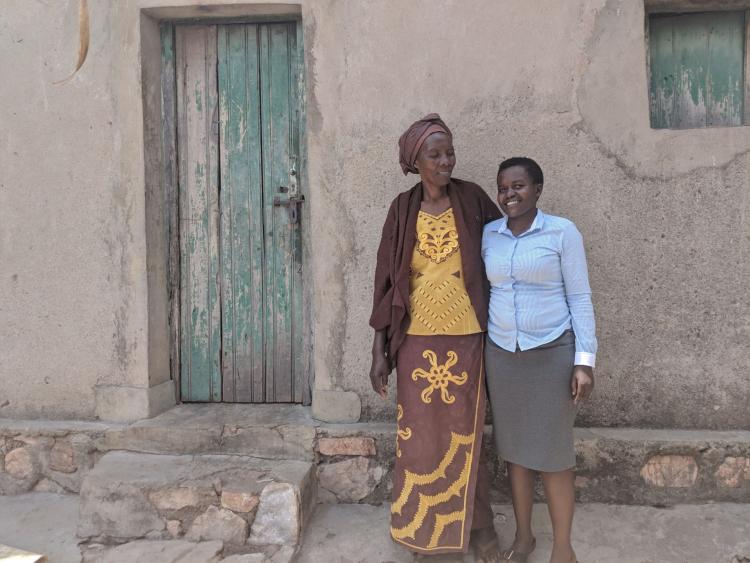 As this year’s Trocaire Lenten campaign comes to an end, a young mother from Rwanda has sent a message of thanks to the people of Co Leitrim for their donations which have helped to completely change her life.

Twenty-five years ago, Josiane Umumarashavu, who was aged 3, survived the genocide which saw her father, sister and two of her brothers killed along with almost 1 million other people. 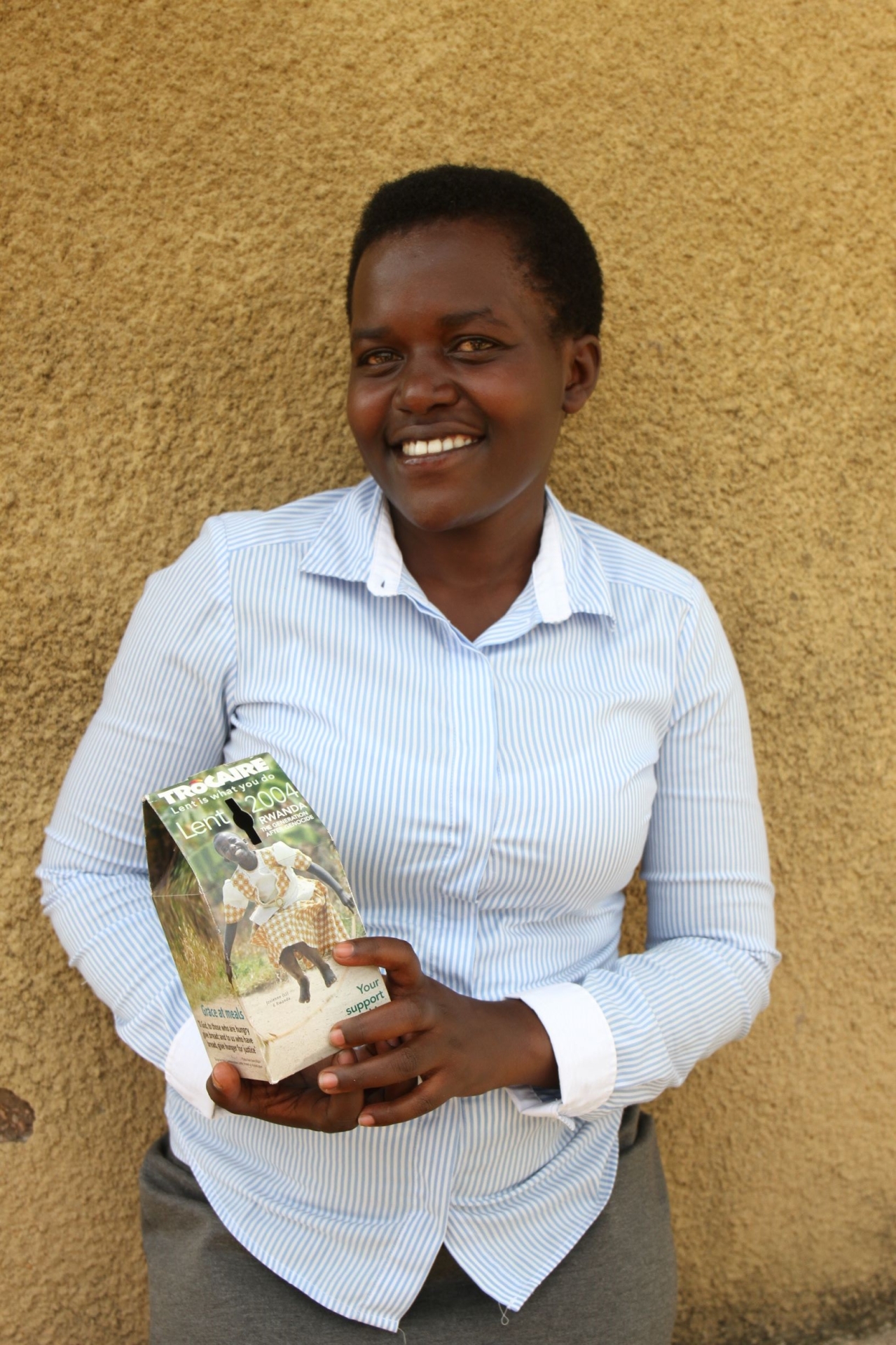 With her mother struggling to provide for her three children in the aftermath of this horrific atrocity, Josiane featured on more than one million Trocaire boxes that reached homes in Leitrim and right across Ireland back in 2004.

Thanks to donations from the public during this Lent campaign, Josiane and her family, along with thousands of others, received support and equipment to help them improve their farming. This meant they could feed their families in the long-term, earn an income and allowed the children to continue in school.

Today, 15 years later, Josiane, 28, is now a successful businesswoman and is married with a beautiful six-month old baby boy, Gianni. Graduating with a qualification in business management and accounting, she now works in Trocaire’s office in Rwanda.

“I am very happy,” says Josiane. “Trócaire, and the supporters across Ireland, have made my dreams come true. Life was very difficult after the genocide. We didn’t have enough to eat and we couldn’t afford the fees to allow me to continue my studies after primary school. But thanks to Trocaire supporters, not only was I able to go to secondary school, but I then went to university.

“I am very proud that I now work for Trocaire and can help others, as well as taking care of my baby son. I want to say a big thank you to Trocaire supporters in Ireland - you have helped to change my life and that of my family, and you should be proud that you are helping so many people.”

Caoimhe de Barra, CEO for Trócaire explained: “Josiane and her family is just one example of how the generous support from the public in Co Leitrim is having a massive impact on those in the developing world, and how the spare change in the Trocaire boxes can really make a lasting difference for many years to come.

“This year, our Lent campaign has focused on the millions of families in the developing world who have lost their land and their homes, and are facing hunger, the threat of violence and no access to education and basic medical care.

“We are also responding to the devastating effects of Cyclone Idai in southern Africa. Your support for our Lenten Appeal can help Trócaire bring urgent life-saving care to people in the worst affected areas, as well as support more than 2 million of the poorest and most vulnerable people across the world over the coming year.

“We are grateful to everyone in Co Leitrim who has fundraised and collected coins over Lent and we would urge you to return your boxes as soon as possible so we can begin to put your generous donations into action.”

Trócaire boxes can be returned to parishes across Leitrim or to donate to the Lenten appeal, call 1850 408 408 or visit trocaire.org.