Leitrim launch planned for 'Ask for Angela' campaign on May 9 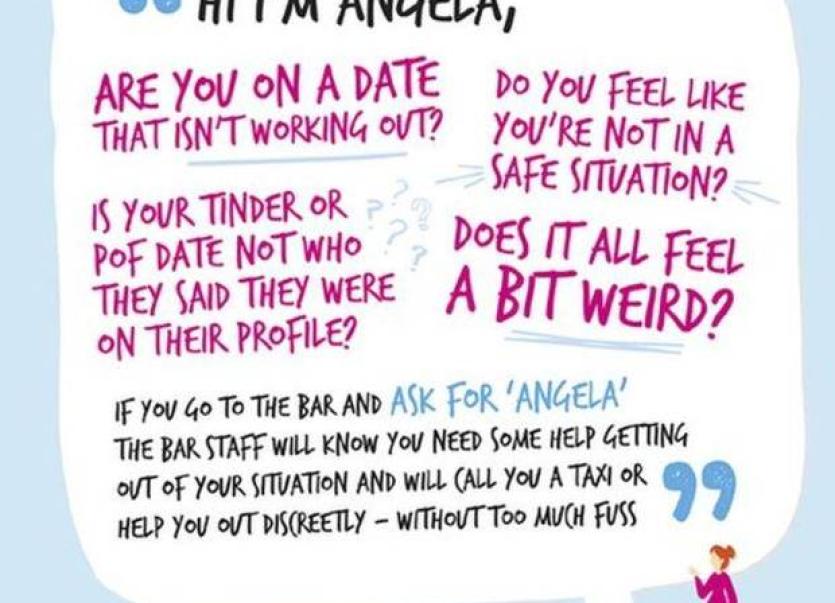 A simple code-word campaign for people feeling unsafe on a date is going to be launched by the Carrick-on-Shannon Purple Flag steering group and Leitrim County Council.
The campaign encourages people to discreetly ask for help by going to the bar and 'Ask for Angela' - a phrase aimed at alerting bar staff to the cry for help so they can help defuse the situation.
The code word campaign was started in 2016 by Lincolnshire County Council in the UK and will be launched in Carrick-on-Shannon on May 9 in The Bush Hotel at 3pm.
Gardái have backed a nationwide roll out of the ‘Ask for Angela’ code-word campaign and it has already been introduced in a number of cities and towns around the country.
Venues participating in the 'Ask for Angela' campaign display posters in toilets to provide reassurance that there is support available if needed. There are also posters informing staff what to do when they are approached by someone requiring help.