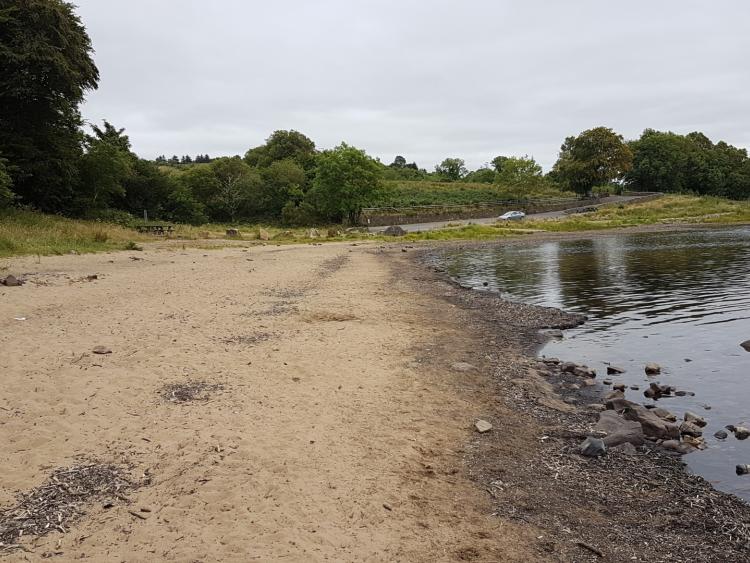 In 1992, the Leitrim Observer ran an article entitled 'Leitrim’s Anac Cuan'. Written by Maura Kelly of Flaughanagh, Dromahair, it recounted the drowning tragedy on Lough Allen in 1831. Nearly 190 years after this terrible event, the haunting story is still as poignant as ever and we have reproduced it in full.

Gazing across the broad expanse of Lough Allen from the Drumkeerin road, or by Cormongan Pier, it’s difficult to visualise the tragedy and distress that befell the Parish of Innismagrath, here on Good Friday, April 2, 1831, when the waters of Lough Allen claimed 14 of its people, four young men and 10 women, who lost their lives, returning from a shopping expedition in the market town of Drumshanbo.
It was customary at the time for the people on the northern side of Lough Allen to attend the weekly market in Drumshanbo, where they disposed of their surplus farm produce taking back with them the provisions required at home. On that fateful Good Friday morning 25 people in all, assembled at Corry Shore in the hope of making the journey to Drumshanbo by boat, but the seating capacity being only 18, seven had to return home.
When the boat was fully loaded, it set off between Rosbeg and Corry point. Sails were hoisted, four strong men plied the oars, and driven by a favourable wind the boat made the journey in record time. On reaching their destination the occupants agreed they should meet again at 3 o’clock in the evening so that the homeward journey might be completed before nightfall.

Tragic Forebodings
Due to the various delays however the group were not ready to sail until about 7 o’clock in the evening when they boarded the boat at the canal bridge near Drumshanbo. The large quantity of seed oats and potatoes purchased at the market in preparation for the spring’s sowing meant an extra load for the boat.
One of the passengers, a Mrs Forde, who had made the journey on a number of occasions, judged by the distance of the gunwale to the water, that the boat was much lower in the water than it should be. She left the boat and persuaded a neighbour, Paddy Travers, to do likewise, stating that they intended to stay with friends at Mount Allen for the night. Following their example, two men from Ballinaglera also left to make the journey home by road.

Loch na Scadog
Shortly after the boat set out on the return journey, the weather changed for the worst. Heavy black clouds began to roll across the sky driven by a rising wind which soon developed into a gale. Lough Allen was true to its ancient name ‘Loch Na Scadog’ (Lake of the Gusts), for soon great squalls sweeping down from the surrounding mountains caused the waters to whip up an angry swell.
By the time the boat had travelled two miles, darkness had fallen and the women, it was said, becoming panic-stricken, began to move uneasily. The craft was lashed by huge waves and in the confusion and darkness, overturned, throwing the occupants into the swirling waters.

Vain search for survivors
Anxious eyes had watched from the shore, the struggling boat, in the growing darkness, until its disappearance was well nigh certain and the alarm raised.
Men with torches might have been seen converging on the northern shore of the lake in the hope of rendering some assistance, but by then the hapless victims were beyond human aid.
As dawn broke on Holy Saturday, men and women set out in boats, with grappling irons, to recover the bodies of loved ones. Whey they were located and placed in the boats, they were brought to Corry.
Amid moving scenes of hear-rending grief, 14 coffins were conveyed to rest, side by side, in one grave. A large stone bearing the names of the victims was erected over the grave in their memory.
The grappling irons used in the recovery of the bodies were to be found in Drumkeerin for many years.

Lodging in Kilbride
The ill-fated boat involved in the tragedy belonged to a landlord of the locality named Palmer, who bought it for the use of his tenants. It was manned by two brothers named McFadden, one of whom, Johnnie, seems to have acted as captain. He was to have been married on the following Easter Monday.
A plaintive song, in memory of the drowning, composed shortly after the tragedy laments that;

The wild fowl of the water,
No more they’ll come ashore
The blackbirds and the thrushes
Will quit Mount Allen’s grove
The true in June no more will bloom
But wither and decline.
Since Johnnie and his comrades
Took their lodging in Kilbride.

Today a visit to Kilbride Cemetery on the northern end of Lough Allen (on the road from Drumkeerin to Dowra) reveals no stone bearing the names of the victims of the 1831 Good Friday drowning tragedy, as mentioned in the late Peadar Clancy’s account of the tragedy in his history of the Parish of Innismagrath, the account which is related above.