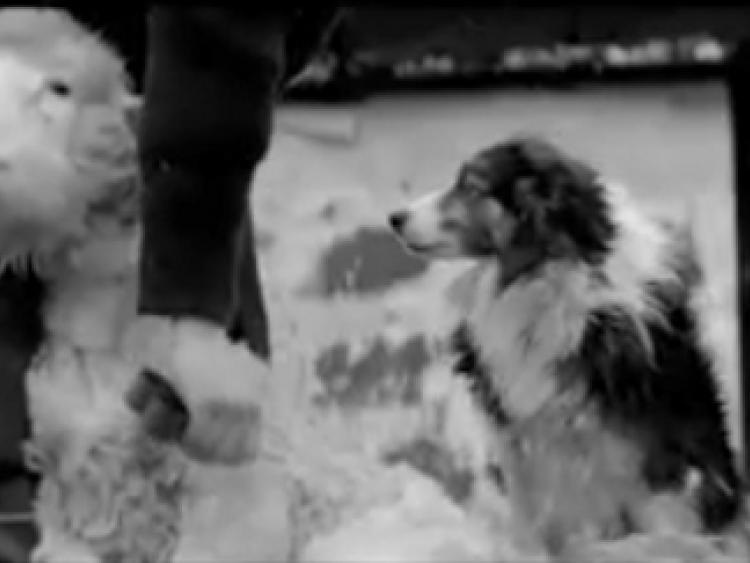 Remember that Specsavers ad where the sheepdog got a haircut? I need that farmer's number

Being a terrier crossed with the dog equivalent of a draught horse, Rascal is pretty much a fur ball. A cute doggy fur ball, but a fur ball of epic proportions.

There was a time when a couple of hours brushing made him presentable, now Rascal won't sit to be brushed because he's getting crabby and old. Adding to the problem is that after 15 minutes of trying to wrangle him into some sort of hairstyle - 10 minutes of which is spent trying to extract the brush from his mouth - I also become pretty cranky as well. We usually draw a truce after duking it out for 20 minutes and agree never to mention dog grooming again.

This tacit agreement lasts for a few days and then I attempt another monumental brushing only to fall foul of Rascal once more. He may be 13 and a bit rickety on his feet at times, but there's nothing wrong with his doggy memory. Unless of course it involves food. Then he miraculously 'forgets' that he's already eaten and attempts to sell me a story that he's starving to death.

And woe betide if I attempt a bath and grooming session. Despite his age he still manages to develop the suppleness of a yoga instructor the minute you attempt to drop him into any container containing more than two inches of water.

It's hell for everyone, but especially for me because I have to face the prospect of getting all four of his paws into his bath and I only have two hands. It becomes a futile battle of wills. I will get each individual paw into the water one by one and he willfully removes each paw I submerge. In reality he spends less time in his bath water than I seem to. Adding doggy shampoo is the equivalent of peeing on Rascal apparently - even if I have stumped up for the doggy equivalent of 'no tears' puppy shampoo. He still gives me the stink eye like I've shot his favourite teddy and let the neighbour's cat roll around in his dog bed.

Then there's the aftermath. After spending hours trying, futilely, to remove tonnes of dog hair when he's dry, just add water and lumps of hair dislodge. Lumps and lumps of hair. It's everywhere. It's wet and it sticks to everything.

One dog bath and I pretty much have to power hose a 1 mile radius of my house. I could make a rug with the stuff that comes off him and, because he's not against holding the odd grudge or two, he ensures maximum saturation with water and wet dog hair by always managing to escape-and-shake before I manage to get the towels out. Bless his hairy heart....grrrr.

Why not just cave and take Rascal to a dog groomer? Well, the fact is he's never been to a groomer and he's now at the stage that he really isn't too bothered if he listens to directions or not. Then there's the knowledge that, despite his advanced years, my dog is the canine equivalent of Harry Houdini. All it would take is for a groomer to turn to reach for a brush and he'd be out of the restraints, out of the room and probably hotwiring the nearest vehicle.

So this weekend I am facing the prospect of not just given Rascal a bath and brush, but possibly a haircut too. Does anyone know the number of that sheep farmer from the Specsavers ad?