The beauty of the Shannon, John McGahern and why the Roscommon side of Carrick-on-Shannon should be annexed - Ronan McGreevy

Ronan grew up in Carrick-on-Shannon. He is an Irish Times journalist and well-known author. 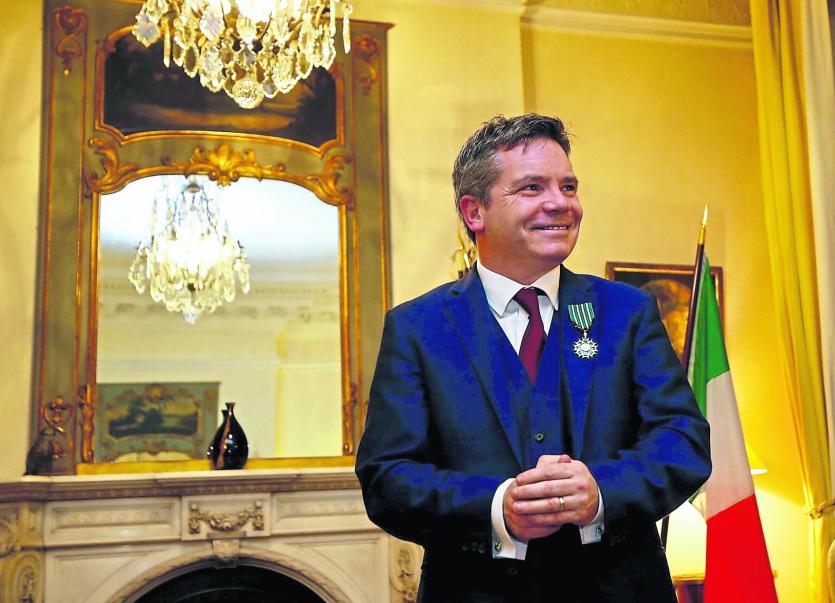 What's your idea of a perfect day, or perfect weekend in Leitrim?
I grew up in Carrick-on-Shannon. I feel incredibly fortunate to come from one of the best towns in Ireland. Every time I see the water tower on the hill on my approach into Carrick coming from Dublin, I know it is going to be a good weekend.

Who has made the greatest contribution to Leitrim in your lifetime - and why?
In history I would say Seán Mac Diarmada and Tom Clarke whose father came from Carrigallen. Without them the Easter Rising would not have happened. In my lifetime I think the 1994 team gave the county a morale boost which went far beyond football.

What's your first Leitrim memory?
The Don Tidey kidnappings of December 1983. I was in school in Longford and the teachers kept saying “no co-mint” to any of us from Leitrim. I didn’t get the reference to that infamous Prime Time programme, but it was the first time that I can recall that Leitrim was in the news and I was conscious of coming from the county.

What's your favourite part of the county - and why?
Carrick obviously especially down by the Shannon, but I also love Seán Mac Diarmada’s cottage outside Kiltyclogher. Even without its historical provenance as the only extant home of one of the Proclamation signatories, it’s a beautifully preserved building in a breathtaking location.

What do you think gives Leitrim its unique identity?
There are so few of us. “You’re the first person from Leitrim I have ever met” - Leitrim people get that a lot. We tend to seek each other out and look out for each other. There’s also a Leitrim sense of humour. I would struggle to define it, but I know it when I’m in the right company.

Do you have a favourite local writer or author?
John McGahern was not only the greatest writer to come from Leitrim, but he was one of the great Irish writers of the 20th century and a master prose stylist. I met him a couple of times. He had a very wry Leitrim sense of humour. I remember asking him what he thought of AS Byatt’s Possession, the novel that beat Amongst Women to the Booker Prize in 1990. “A load of shit,” he said.

What about a local walk - or view?
The view from my sister Nollaig’s house over the River Shannon in Carrick-on-Shannon is my favourite view in the world.

What's the biggest challenge facing the county today?
Depopulation. The population at the last census was 32,000. It’s astonishing to think that Leitrim’s population in 1911 was 64,000, twice what it is now. People are wealth and the constant population drain has been a blight on the county for 150 years.  That being said, I think Carrick can become a major regional hub and be an engine of growth for the whole county. The provision of broadband will be absolutely critical in the future to the success of rural life everywhere.

If you had the power to change one thing in, or about Leitrim, what would it be?
I would annex that part of Carrick-on-Shannon which is in Roscommon.
A town the size of Carrick shouldn’t be in two local authority areas.