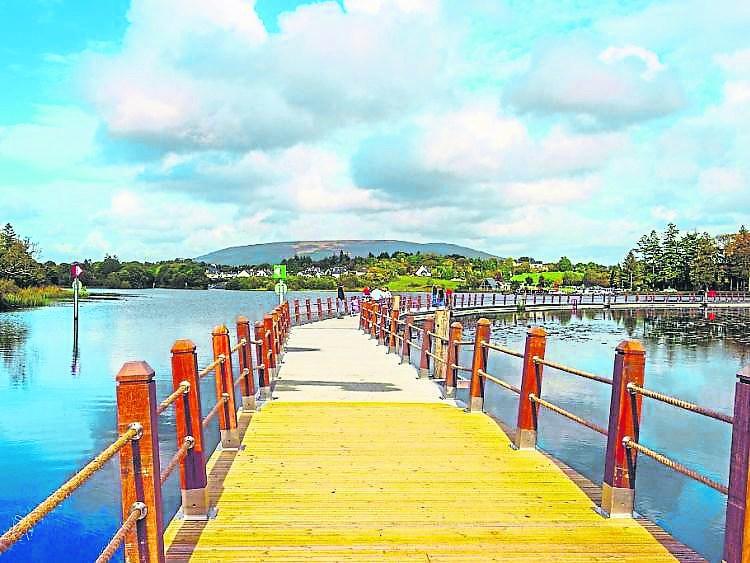 Brexit is drawing ever closer and whether we like it or not there are already signs of the negative impact that it is going to have on this country and particularly on this region.

Tourism and hospitality was perhaps the first industry to feel the effects with the number of visitors from the UK dropping significantly in recent times. A recent survey also provided cause for concern when it comes to employment opportunities. The number of vacancies has dropped over the last year due to the uncertainly surrounding Brexit. The Irishjobs.ie index did add that there is still a strong demand for vacancies in construction and hotel and catering but history would tell us that these industries can enter into melt down if such an event like Brexit was to happen.

Speaking of tourism and tourism in Leitrim to be more accurate, I think it’s only fair to pose the question has Leitrim now got a two tier tourism industry in operation?

From after having attended the Manorhamilton Municipal District meeting recently of Leitrim County Council and from having interviewed Felim Gurn for Ocean FM on the decision of Shane Ross not to provide funding for the Sligo to Fermanagh Greenway stretch that covers north Leitrim I came away from that meeting thinking there might be merit to the argument. Carrick-on-Shannon has long been a hugely popular destination for tourists and now with the Blueway and other tourist attractions Drumshanbo is also enjoying a bounce.

However venture north and it’s a different story. One of the big challenges for those involved in the sector is how they can get a piece of the action from successful tourist hotspots in neighbouring Counties to boost the industry in towns like Drumkeerin, Manorhamilton and Dromahair. The Sligo to Fermanagh Greenway will not be allocated funding until it’s shovel ready and in the classic catch twenty two situation the project can’t be moved on to shovel stage until funding is made available to facilitate this.

The lack of accommodation is another big problem in the area and although the natural resources are in place a lot of joined up thinking needs to be done for the northern half of Leitrim to attract a greater number of visitors.
Access to political powers is also a key factor. During our recent election coverage one statement that came up on several occasions was the work that Enda McGloin put into the success that Drumshanbo is enjoying at present not alone for tourism but also for the creation of jobs in Drumshanbo. This work rate was mentioned as one of the key factors in his return to Leitrim Council in 2019.

The aforementioned Enda McGloin was one of those being mentioned as possible Fine Gael candidate for the next general election after Gerry Reynolds announced that he would not be running. The decision by Gerry Reynolds surprised many and resulted in a number of interested candidates signalling their interest in running but in the end after a swift interview and selection process Frank Feighan has emerged as the party’s second candidate to contest the election along with Sligo based Sinead Maguire who may well be targeting north Leitrim where she has many connections.

Meanwhile Feighan has a decent track record in the south end of the county when it comes to General Elections and his recent involvement in the successful Maria Walsh European campaign has resulted in him securing momentum among party supporters. More names will be declaring as independents and the election will be one hell of a contest that will be extremely difficult to predict the destination of the much coveted four seats.

On the sporting front the super eight part of the football championship has been well discussed in recent weeks and there are mixed views if they are successful or not. Donegal and Kerry provided us with the championship match of the summer and the meeting of the Ulster champions with Mayo over the bank holiday weekend will be another interesting contest. Donegal have been very unfortunate to pick up injuries at the worst possible time and it would be a shame for them not to reach the All Ireland semi-finals. Mayo have not by any stretch of the imagination hit top form in 2019 but with the benefit of a little rest I would not be at all surprised if they were in Croke Park contesting the business end of the championship.

The burning question is how can anybody stop Dublin? Finally hard to believe it’s twenty five years since Leitrim won the Connacht championship and faced the boys in blue in the 1994 All Ireland football semi-final. The Observer captured what it was like at the time brilliantly recently with the trip down memory lane. Leitrim did it the hard way back then and around that time you also had Clare win a Munster Football title along with Donegal, Derry and Down winning novel All Ireland football titles. In hurling the banner county were also successful at provincial and all Ireland level along with Wexford they really were exciting times when all teams felt they had something to play for. Unfortunately now the expectation levels for many are not as high.