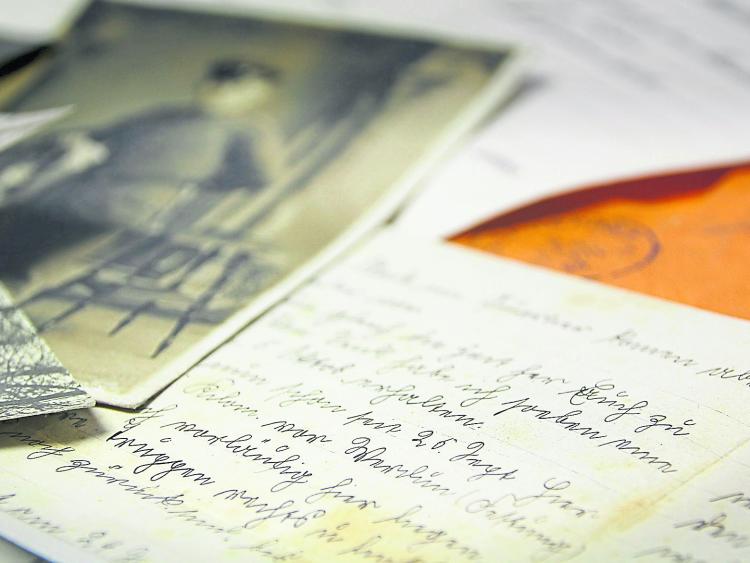 The harrowing experiences of front line soldiers during the Great War.

The following account of life in the front line trenches was given by Private Thomas Oates, Cortober, Carrick-on-Shannon to the Leitrim Observer when he was home on sick leave during November 1914. Private Oates, a member of the 2nd Leinster Regiment, was severely wounded by a portion of a shell in the opening stages of the battle of Aisne.
He told the Observer: “Germans are of fine physique, but they seem to be stupidly handled, owing to the formation in which they advance. The Germans have a horror of a bayonet charge and in one engagement outside the trenches, about 50 of the Leinsters took over 100 German prisoners.
“The first thing you know of a shell coming is that you hear a noise as if you were standing under a railway bridge with a train passing overhead, accompanied by a whistling. Then you see arms, legs and trunkless bodies and men writhing in their death agonies.
“The smell of these bursting shells is something fearful and the impression it leaves can never be forgotten. I suffered the most agonising pain and when I was found, the tunic and shirt had to be cut off me. I could not be removed off the stretcher for days. I was for weeks lying in a chapel, which had to be converted into a temporary hospital. It was flying the Red Cross flag and was shelled repeatedly by the Germans, but we escaped.
“At night, when the exploding shells shook the chapel, I thought I would never see old Carrick again. There were pieces of my tunic and shirt found in the wound, and there are two portions of metal somewhere yet in my arm. It was thought, in a English hospital for a time, my arm would have to be amputated.
“There were a few men from Boyle and Carrick in my trench, half a mile away, but I never got to see them. We were constantly kept on the move. I have a memento of the war in the shape of these pieces of shell yet in my arm and an English newspaper, which I got in hospital, in which I saw a list of casualties, my own name included as having died of wounds.”