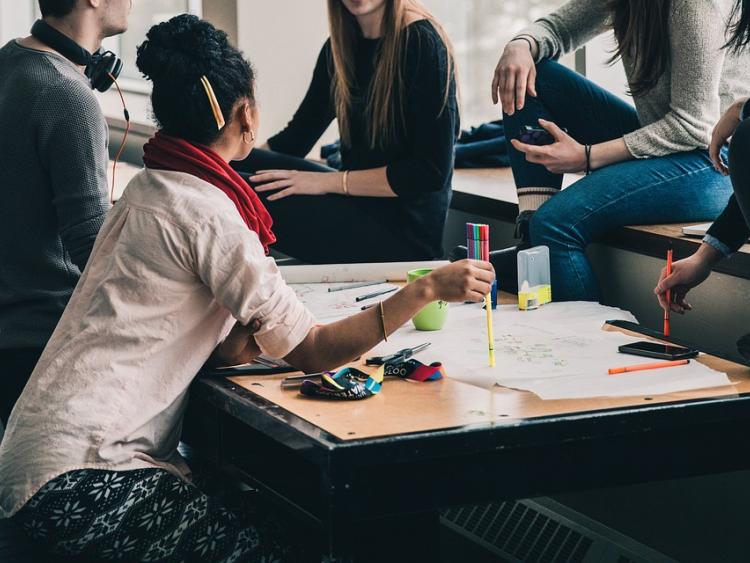 A quarter (24%) say finance/debt is their biggest college-related worry. Almost three quarters (74%) say they have to work during the college term to cope with costs. The national survey was commissioned by the Irish League of Credit Unions (ILCU) and carried out by iReach Insights in April and May 2019. 445 third level students were surveyed.

Under Pressure to Work

Commenting on these findings, ILCU Head of Communications, Paul Bailey, said: “The realities of the impact of financial pressure on our third level students is apparent in this survey. It’s of concern to see that finance and debt is such a significant worry for so many students. At a time when they should be focusing on their education, it’s worrying to see that greater numbers are skipping lectures and sacrificing time spent on their education in order to earn some extra money.”

Mr Bailey continued “We know that some banks will entice students with freebies around this time to encourage them to become customers. However, banks won’t be there to provide one-to-one budgeting guidance should a student need it. They won’t be a friendly shoulder to lean on when the financial realities of third level hit - like your local credit union will. And should a student need to borrow to help them through college, the banks will not offer the same flexible repayment options as a credit union. Not to mention the not-for-profit and community ethos of credit unions which we know is of huge importance to students but which sadly is not so important to the banks.”

Students say their biggest monthly expense is, unsurprisingly, rent at an average of €318 a month. This is followed by food at €116. Students are spending €88 each month on travel costs and €74 on utility bills.

Students living away from home are spending €1,047 per month; €309 more per month than those living at home who say they are spending an average of €738.

In the main, students will cut spending on social life (40%) and buying clothes (18%) to cope with costs. However, worryingly, 15% will cut down on buying food and 11% say medical check-ups will get the cut.

The majority of students (58%) say that financial or debt-related worries are having a negative impact on their experience at third level. Of these students, four in ten say they split their time between paid work and lectures and have no time for anything else. 22% say they have no money to do anything outside attending lectures. 18% say financial worries are a significant source of stress and are impacting on their mental health.

Looking at all students in the survey, well over two thirds (69%) say they struggle financially during the college term. (Of these, more than a quarter (27%) say they find the costs a significant financial burden and struggle throughout the term. 42% say it is difficult financially, but they manage to get by).

Over a third of all students surveyed (34%) said they expect that their third level education costs will leave them and/or their family in debt after graduation.

Unsurprisingly, the majority of students are in favour of abolishing third level fees (43%) and returning to state funded education. However, over a quarter (26%) say fees should be covered by the student and/or their families, but with a reduction in the current fees.

Despite the fact that such a large portion of students struggle financially and say financial worries are having a negative impact, the vast majority admit to having no monthly budget. 57% said they didn’t have a financial plan or a budget to help manage third level costs.

Of these students with no financial plan, three in ten admit to needing one but say they just haven’t got around to it. 22% say they need a budget, but just don’t know where to start. 16% say that while they need a budget, they will never stick to it so there is no point.

44% say their third level institution does not provide assistance with financial or budgeting advice.

Overall, the majority of students (56%) say that the importance of budgeting or planning for third level was not adequately conveyed to them during secondary school.

The majority of students (42%) rely on parents and family to fund their third level education. 29% rely on the government grant and 13% on paid employment. Just 6% can fund their education from their savings.

Just over half of students say they receive a monthly allowance from their parents or family to help cover costs they incur. On average, they receive €202 per month. Almost half however (45%) say this is insufficient to cover their costs. Of those saying it’s not enough, a quarter say they would never ask for more money (26%). 19% however say they constantly have to ask for more money.

Almost two thirds of students (65%) say they personally saved money to help cover their third level education. These students spent on average 1.6 years saving and saved an average of €1,833. The majority, 58%, said the importance of saving for third level was not adequately conveyed to them in secondary school.