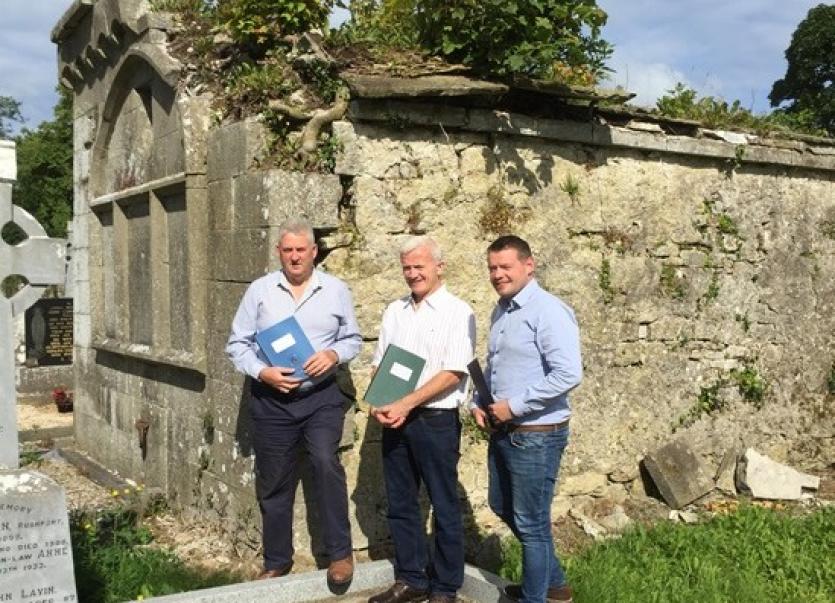 Aughrim Kilmore Development Association is currently undertaking a project in Kilmore Cemetery in North Co Roscommon, to save the old O’Beirne Mausoleum.
Mausoleums go back through the ages but were a particularly popular in Victorian times.
The development association are looking for people within the Roscommon/Leitrim and surrounding areas who believe they are related or connected to the family mausoleum.
The mausoleum dates back to 1813 and has gone into serious decline over the last 10 to 15 years. In conjunction with the development association, Roscommon County Council has funded a conservation report and survey on the mausoleum and has been approved funding from the Historic Structures Fund to start a restoration project in August/September this year.
Kilmore Church of Ireland is a protected structure under the Planning and Development Act 2000 and the mausoleums of the graveyard are separately listed.
The Irish surname O'Beirne was originally written in a Gaelic form as O Birn or O Beirn, from the Norse forename Bjorn. The name is of Old Norse origin and means “bear.”
There are many forms of the Beirne, and O’Beirne surname in the surrounding areas of Kilmore, Aughrim, Elphin, Kilglass, Jamestown, Drumsna, Cloone and Mohill to name but a few, as well as further a field in neighbouring counties.
The crest of the O’Beirne coat of arms is carved on the left hand side panel of the mausoleum. The inscription on the main panel of the mausoleum suggests in Latin that Hugh O’Beirne died 1813 at 74 years of age and that the monument was set by his son Frank or Francis.
On closer inspection there are two main lead-lined coffins – one of an adult and one of a child. There are also numerous other wooden coffins, which have gone into decay which hold the remains of other possible family members.
The development association would like to get in contact with anyone who believe they have any connection to the mausoleum.
Those who think they may have a connection should contact association members: Trevor Hunt on 087 965 2581, Gerry Tiernan on 086 839 3800 or Joseph O’Beirne on 086 774 2222.

O'Beirne Family History
A Gaelic family located in the north east of county Roscommon who lost most of their lands in the 17th century. O'Beirne belongs almost exclusively to Connacht. One branch, allied to the MacDermots, and the other leading Roscommon families, in the thirteenth century displaced the O'Monahans as chiefs of a territory called Tir Briuin between Elphin and Jamestown on the County Roscommon side of the Shannon.
In 1850 there was still an O'Beirne of Dangan-I-Beirn in that territory. The other branch possessed territory in the adjoining county of Mayo, north of Ballinrobe.
At the present time O'Beirne's are chiefly found in Counties Roscommon and Leitrim. Dangan Castle was one of the main residences of the O'Beirne clan but was badly decayed by the early 17th century.
Dangan House was built nearby and was occupied by the O'Beirne family from the 17th to the 19th centuries. They held Dangan from the King family. O'Beirne (Dangan) The families of Hugh O'Beirne and Patrick O'Beirne were both descended from Teige O'Beirne resident in the Drumsna area in the early 18th century. These two branches of the O'Beirne family were living at Jamestown and Dangan (the original O'Beirne stronghold) in the early 19th century.
Patrick O'Beirne was a son of Colonel Andrew O'Beirne, Chief of the O'Beirne clan in the late 18th century.
Andrew lost most of his property after the 1798 rebellion and four of his sons emigrated from Ireland. Patrick remained at Dangan and O'Beirnes continued to live there until at least the late 1830s. O'Beirne (Drumsna) -
The O'Beirne estate was centred on Drumsna where they had a house at Jamestown. McParlan includes Mr O'Beirne, Jamestown, on a list of "resident gentleman of property" in 1802.
Francis O'Beirne and Hugh O'Beirne of Jamestown served as High Sheriff of Leitrim in 1831 and 1855.