Seamus O'Rourke: Memories of School and the Whitehead Bull 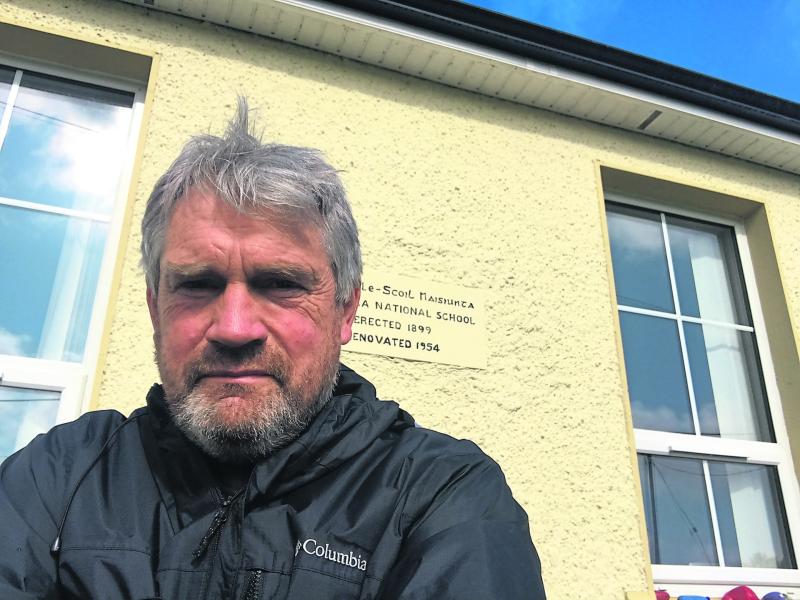 For all those who got their Leaving Cert results last week – well done... and more than likely, you’ll commit to another year or five in the education system and why not.
Go for it – stay as long as you can... Ride that education wave, it’ll not do ya a bit of harm... but for those of us left pointing at the Observer of a weekday... Well school is long gone, a bus missed, a full stop in the wrong place.
The school bell has been echoing this thirty-nine years for me. Aye, thirty-nine and fifteen is – wait till I get the calculator up on the phone – Fifty-four.
Aye, I was right – thirty-nine years ago, I was unshackled – they said, ‘Go on away out a that, young Rourke, you’re too big to be going to school and you’re good with your hands... may your God go with you and protect you, ya poor eeget’.
And I cheered and buck-leaped the whole way to the first, BIG THICK LADS WANTED sign.
I had spent seven years in primary school and four years in the tech... and had avoided learning anything - nothing.
I was a blot on the copybook of every teacher that ever had me by the lug. In fact, for a time in my early life, I thought my ears were handles for teachers.
Most of them only used the one, as I must have been easily led. ‘Get up to the blackboard, Rourke... and rub it out’. I was used for wiping the blackboard. They didn’t expect me to understand anything that was writ upon it.
I was a shed-door in the school concert, I swept the floor before dancing classes... and of course, my main duty, I cut magic wands out of the hedge for the master, who would then use his magic powers to turn them into sally rods. A man of great mystical abilities when it came to slaps.
I was ready to do my leaving long before I could say, ‘An will tarmacadam...’ (whatever the Irish is for, ‘I have to piddle’).
I was never very quick at the ‘Ara-how-are-you-so- thick-tick’ – the adding and subtracting, and my multiplying and long division caused much derision among my peers... ‘I spilt me tae on that page sir’. ‘There was a cow calving and I must have left me book in the byre’... ‘There was a frost last night and that page fell out’.
We did learn about God and the school inspector and we brought the teachers on nature walks to show them where the whins and rushes were and the frog spawn – but we were never very long outside... teachers shouldn’t be left outside, unattended – store them in a warm dry place.
We had one lovely teacher, well she was a local farmer’s wife, she had done the ‘leaving’ and so was qualified to sub at our school.
She made fierce dinners, when we’d be with them at the hay and she was one of the few neighbouring women, who we’d call, by first name.
But now that she was in the school by day, instead of calling Peggy, Peggy, we now had to stand up on our tippy-toes and say, ‘Please teacher’... ‘Please Teacher, yez got a sight a cocks out of that front meadow’. ‘Please teacher, yon kickidy heifer is ‘looking’ again, we’ll be down this evening’.
In the evening after school, me and the brother would go to Peggy’s house with our kickidy cow, because the cow was ‘looking’ for the bull and Tosh and Peggy’s had a bull – well, they had two bulls actually, a Whitehead and a Friesian – made me wonder why she bothered teaching.
Anyway, our cow was put in a yard until Tosh came back from picking stones... it was him handled the bulls and Peggy made the tea.
She always had ‘lemon curd’ jam and currant bread – a funny combination, I often thought after, but never asked at the time.
Well in order to ask her a question while she was doubling up as our teacher, I’d have to leave down the tea and bread and then get to your feet and up on my tippy-toes and say – ‘Please teacher, what’s with the lemon curd jam and currant bread?
Tosh came back, we heard the commotion in the yard – ‘Sit and finish your tea’, says Peggy, I’ll go out and tell him what bull – which bull do ya want’? I looked at the brother and he looked at me.
That was a hard question, the teacher was after asking... I shoved the last bit of bread and lemon curd into my mouth, left down the tea – stood up – got up on my tippy-toes and said, ‘Please Teacher, I think she might hould better to the whitehead’.