COLUMN: Stop mentioning the C word - it's only August! 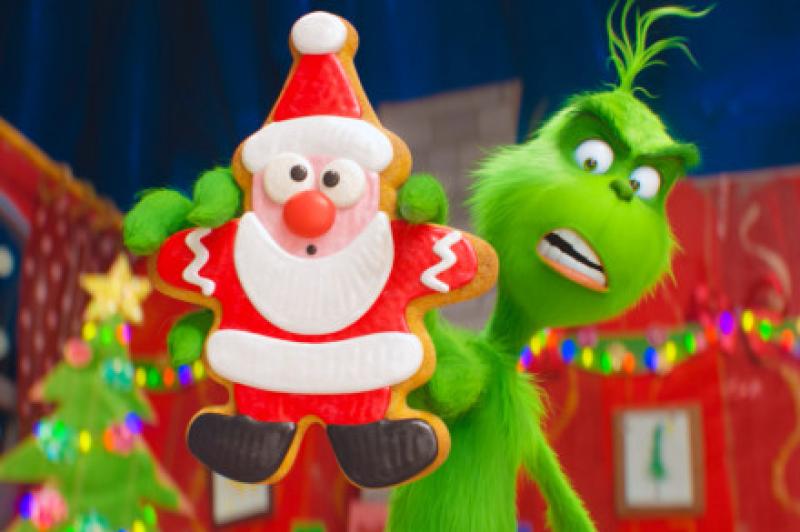 I would not describe myself as a Grinch. It's not that I have an issue with the upcoming festive season, but I think a line has to be drawn when it comes to starting talk about the 'C' word. I'm referring to Chris...Chri...darn it, I can't even bring myself to say it but you all know what I mean.
We haven't even hit September, children are only now being tortured by the prospect of the return to another school year. There is, and let me be very, very clear here, no reason to mention to the C word or to discuss clinically obese elderly men in red suits breaking and entering properties via the fireplace.
No way, not now, not before we've even welcomed the arrival of Autumn.
I don't care if you have completed all your festive shopping months before December 25th. Although a rather mean part of me hopes desperately you've forgotten someone and will be forced to join the frenzied masses last minute shopping on December 24.
You've already started making your festive pudding? Well congratulations. Keep that news to yourself please, along with your giggled confessions that you've all your cards filled in and ready for posting. You are clearly a very sick individual, get help.
And as for the people who bleat about how desperate they are to put up their tree, like right now.....buy a dog, get a hobby, adopt a fish, whatever it takes for you to get over your festive fetish, we haven't even seen the back of Halloween. You aren't normal.
What's set me off on my tinsel tantrum? A visit to the shops where, you guessed it, they've already started to unveil the worst of the December madness, four months in advance.
It all started with the opening of a festive shop in a major store in Dublin and the madness has begun spreading. Before we know it we'll be knee deep in baubles and stockpiling tins of Danish shortbread. Mark my words, if we let this push to early festive celebrations slide we'll be hoovering pine needles from dead spruce trees from our carpets for six months every year. A line needs to be drawn.
You may think I'm over-reacting but I have started getting emails from that elf on the shelf who has been visiting our home in recent years.
He'll be back before you know it...and he'll be bringing his mates with him to stay - in pretty much every home in Ireland. It's like some sort of seasonal exodus from Santa's workshop. Is anyone left at the North Pole making toys at all?
And as for that elf, it's worse than having a long lost relative you've never met, suddenly arrive on your doorstep and leech off you while they immerse themselves in their Irish ancestry. For a start, the children inevitably love the elf. If it's a choice between you and the disturbingly unblinking little Santa informant, don't rely on your offspring to be on your side. You'll be fired out that front door faster than you can say 'ho, ho ho'.
Please people, for the sake of my sanity, the wider human race and just for once, the chance to stick it to the marketing gurus who think they should be the one's dictating when we start celebrations, leave the C word alone.
Resist the urge to shop, plan and play carols until after October 31 at least. It's not healthy, really it isn't.
I've just realised I do actually sound a bit grinchy.....well, it's not my fault, all you jingle-mad people have just driven me to it.
Bah Humbug!