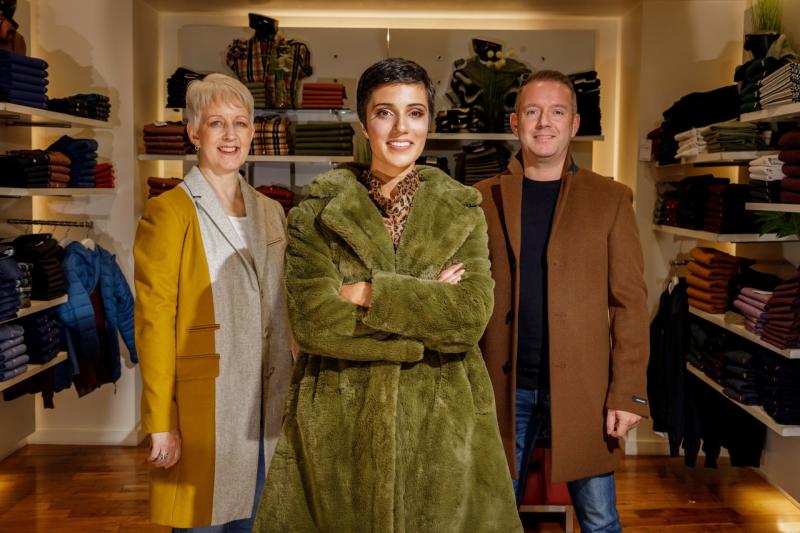 They are some of the toughest, courageous and most admirable people among us.

Now a group of North West cancer survivors are taking on another big challenge – to try and smash the world record for the most number of models to take part in a single fashion show.

Led by cancer survivor and Donegal’s Rose of Tralee star, Chloe Kennedy, the October 16 world-record attempt called “Beat It” is in aid of cancer support services.

The unique show will see cancer survivors from across Ireland joining a string of celebrities to raise awareness and funds for Sligo Cancer Support Centre, which provides support to more than 500 people with cancer in the North West every year.

Eamonn Cunningham of ejmenswear.com, who is organising the charity fashion show to mark 25 years in business, hopes to smash that with a new model army of cancer survivors, celebrities, professional models and people who work together.

For those unable to attend, Eamonn is also offering people across Ireland the chance to win a gift voucher worth a staggering €25,000, payable in €2,500 instalments every year for the next 10 years. Tickets cost €10 and can be bought online at ejmenswear.com

The world-record for the most models to take part in a single fashion show was made in Bangkok, Thailand in January 2018 when 408 models took part.

Says Eamonn: “We want people to get together at work - teachers, nurses, gardai, factory workers, call centre staff, builders, whatever you do, to take to signup, take to the runway and beat the record in aid of cancer support services here in Sligo. One person is also going to win the incredible prize of €25,000 worth of gift vouchers.”

“Three of our models have had cancer and come through it. Chloe had 12 rounds of chemotherapy, Glen Monaghan, a dad of two, had kidney cancer and Jennifer Fowley had breast cancer. They are all an absolute inspiration.

“Chloe is just 20 years old and a cancer survivor and she’s out there raising awareness and encouraging people to get checked out. She’s just an amazing example to others. Gary has young children and as soon as he noticed the signs, he went straight to the doctor. Jennifer got the all-clear last year and can’t wait to take part in the show. These are all incredible people who want to show there is help out there.”

Rose of Tralee contestant Chloe Kennedy, who represented Donegal in the RTE show, captivated the nation as she told Daithi O’Se on live TV how she was diagnosed with Hodgkin Lymphoma, a rare form of cancer that attacks the lymph nodes.

After extensive treatment, the psychology student got the all clear in April. Said Chloe: “I want to show people we can beat it. And there is nothing more exciting than the chance to break a world record while we are at it.”

Eamonn’s store is a hugely popular destination for a raft of showbiz stars and over the years his customers have included Westlife, Conor McGregor, Daithi O’Se, Nathan and Jake Carter, Olympic boxing champion Michael Conlan and many more. He is also well known for making madcap social media videos which regularly go viral.

This fashion extravaganza will be held at the Radisson Blu Hotel & Spa, Sligo and feature clothing ranges from the world’s top brands. Eamonn says: “We want everyone to get behind this once in a lifetime event and show their support.”

Bridget Kerrigan of Sligo Cancer Support Centre which last year helped more than 1400 people with cancer, said: “We are always reaching out and making people aware of our services, so we are extremely grateful to Eamon and EJ Menswear for this amazing initiative which will enable us to support and assist even more people who are affected by cancer.”

“The running costs of Sligo Cancer Support Centre are more than €300,000 a year, such is the demand for its services from so many people who are affected by cancer. We receive about €80,000 in official funding and the rest if found through fundraising.”

Entrance on the night is €20 and a fundraising page has been set for online donations at https://www.gofundme.com/f/ cancer-care-fashion-show- world-record-attempt

Eamonn will also be making a donation on the night to Sligo Rovers FC and Sligo All-Stars basketball club for building community spirit and helping with well-being, both physically and mentally.