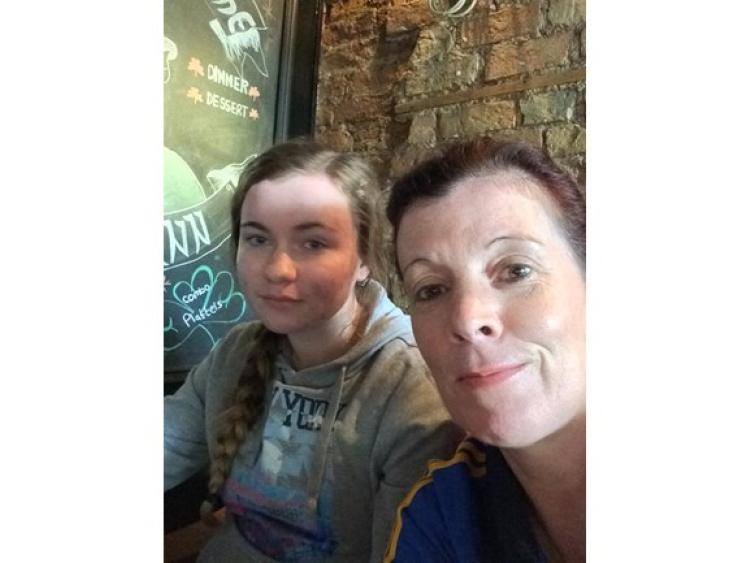 Mary and her daughter Ciara.

There's not much a mother won't do for their child but Mary McKiernan is taking on not one, but two massive challenges in honour of her daughter.
Originally from Aughawillan in Co Leitrim, but now living in Cavan, Mary's fundraising campaign has been inspired by her 19-year-old daughter, Ciara.
In May 2018, Ciara was admitted to was admitted to hospital in Cavan after she suffered a severe seizure.
She had a further two seizures in the hospital and the resulting medical investigation delivered some devastating news when Ciara was diagnosed with Multiple Sclerosis on May, the day after National MS Day.
It was just four months before Ciara's 18th birthday and, at that point, she had lost eyesight in her left eye and her walk had also been affected.
Ciara was later also diagnosed with epilepsy.
“It was all too much for anyone,” her mother Mary, admitted following the diagnosis, “most certainly for someone four months before her 18th birthday.
“It broke my heart, but I 'got myself together' for her sake,” she said, adding that her daughter is “such a strong determined young lady!
Thankfully, although Ciara had a “pins and needles sensation” in her leg, full power was restored as was her eyesight.
“Ciara attends her monthly treatment in the Mater Clinic, Dublin for her MS treatment,” explained Mary.
“I did the abseil in Croke Park, Dublin last year, to fundraise for the MS Society of Ireland, Ciara wanted to do it, but I thought it was too soon,” said Mary. As an added bonus, this year she will be joined for the abseil by Ciara.
“This year I am super thrilled that she is 'buzzing' with excitement to do the abseil on October 19. I am also doing the Dublin City Marathon on Sunday, October 27 MS - I hope everyone will wait for me at the finish line though!
Mary has started a fundraising page so that people can make a donation in support of her - and Ciara's! - fundraising efforts.
“I would be so grateful for any support,” said Mary, “and to Ciara I just want to say - 'I'm very proud of you and love you very much.
Donations can be made online via the justgiving.com website - to https://www.justgiving.com/fundraising/mary-Mc-Kiernan.
Please support this worthy cause and help Mary and Ciara to raise funds for the MS Society of Ireland.