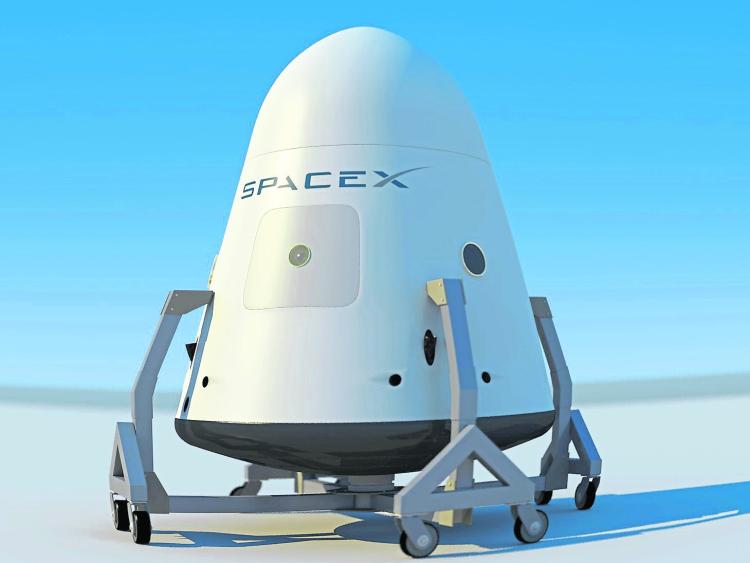 So this big spaceship landed in a field the lower side of our house – I was raging, because that’s where the last spaceship landed too and that’s the wettest field about the place.
The last spaceship had a roundy bottom and left a huge dip in the field, filled with water and it took me and the brother the most of a year to get it back to what it was before – a normal wet field, full of cow-tracks.
This spaceship must have been one of the new ones, because it didn’t actually come to rest – it hovered about an inch above the rushes and the thistles, until these two aliens got out and tramped the whole muck and cow dung into the house.
They never knocked or nothing, just ploughed on into the kitchen, like a pair of bould canvassers.
I was washing me feet in the sink when they came in – two big heads on them – well one of them had two heads, the other lad had about twenty heads, you mightn’t believe that, but he had a head on him like a set of golf clubs... like a lad wasn’t near right – like he was gone to seed.
‘What are ya at?’ says the one with the two heads, it was him did all the talking the other lad said nothing, I suppose he didn’t know which club to use.
‘What does it look like I’m doing?’ says I, ‘I’m washing me feet, because there’s a ‘Folk Club’ in Charley Farrelly’s the first Friday of every month and I do always wash me feet before I go in, in case I get asked to sing.
‘You’re a clatty hoor’ says he.
The last time the spaceship landed, the aliens couldn’t even talk right, followed me around for a week, taking notes.
‘Are ya still in the engineering’ says your man.
‘No says I, ‘I’m gone from there this long time’.
‘And what are ya at these days so?’
‘Well, I do a bit of acting and I’m writing a book at the moment’ says I, ‘I’m putting bits of poetry and recitations together, and stories and good ones.’
‘Ah shite’, says your man, ‘another lad writing a book, the last time we were here, you were getting up at six o’clock in the morning and heading off down the road to that engineering place and there was sparks flying and lads beating iron, that place was a hive of industry... yez were shocking busy that time at the sheds, and now you’re writing a book, jasus, that’s a terror!’
He scratched both of his heads and the other lad shook all of his.
‘And what time do ya get up at now’, says he.
‘Oh I still get up at six the odd morning’ says I.
‘Aye, likely story’.
The aliens love to see ya busy – getting up, going to work, coming home, eating the dinner, watching the news and going to bed – that kind of information is easily processed.
They get a bit paranoid when they hear of a lad writing a book or if they see him washing his feet, getting ready to go to some folk club or other.
‘What goes on at this folk club?’ says your man.
‘Music’, says I, ‘and pints...
‘Aye, and big feeds of sandwiches, I suppose’.
‘Oh no’, says I, ‘Cathal Farrelly doesn’t do sandwiches in case they’d get stuck in your teeth when you’d be going to sing, he’s very against lads spitting bits of ham and coleslaw while they’re trying to reach some high note’.
And then the alien went white in the faces and looked at me as if I had two heads.
He said, ‘Now come here till I ask ya, ya didn’t put anything about me in this book, did ya? I only met you once before now and I don’t want to hear some convoluted story about me and this other lad, running down aliens and making fun of the way we talk
‘I know we left a bit of a dip in yon field the last time we were here, but that wasn’t me, that was this other silly hoor with all the heads, he only ever drove an automatic before he came to us, he’s not even from our galaxy – come looking for work one evening at five o'clock and I knew be the heads on him, that he wasn’t up to much.
‘Ah, would ya relax’, says I, ‘I have the book wrote and I never mentioned you or the other lad, yez never even entered my mind, so... but do ya know what?
‘I do write the odd bit for the Observer and their readers would just love to hear about you!’