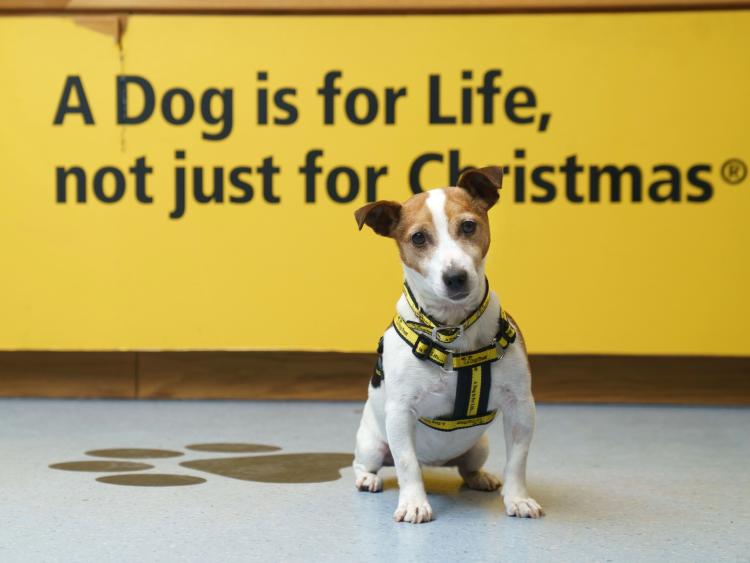 A dog is for life!

Following a high number of surrender requests this year, Dogs Trust, Ireland’s largest animal welfare charity, has today launched a heartfelt campaign entitled “A Dog Is For Life” to remind people of their slogan “A dog is for life, not just for Christmas®”.

The charity is urging people to think about the lifelong commitment and responsibility that comes with owning a dog and then wait until after Christmas to consider taking on a new addition to the family.

Dogs Trust revealed that from January to October 2019, over 1,900 people across Ireland contacted them looking to relinquish their dog. The most common reason provided for someone wanting to give up their dog was that they didn’t have enough time anymore.

As part of the campaign, Dogs Trust will be launching a new TV advert – which features a puppet dog who brings to life the message behind its famous slogan ‘A dog is for life, not just for Christmas®’.

To highlight the upsetting reality of dogs being abandoned or surrendered, Dogs Trust has released shocking CCTV footage of little Pudsey, a Jack Russell Terrier, being tied to a tree outside the gates of their Rehoming Centre in Finglas. The bewildered dog then looks back and tries to follow the man, as he disappears around the corner.

Speaking about the upsetting footage, Head of Operations at Dogs Trust, Karla Dunne said: “A staff member spotted a small dog tied to a tree, just outside the gates to our Rehoming Centre. The man could have brought him into our centre where there were staff there to attend to him immediately, but instead he chose to abandon him, frightened and confused beside a very busy main road until someone spotted him. When our Veterinary team examined the dog, they found he had severe dental disease, alopecia and red marks on his forelegs from licking at them which we think may be behaviorally linked as x-rays on the areas showed no abnormalities.  Due to the dental disease, poor Pudsey had to have four teeth extracted but thankfully this won’t affect his ability to eat and the little fella is recovering well from his ordeal.”

Speaking about the campaign, Executive Director, Dogs Trust, Becky Bristow said: “Dogs Trust coined the phrase A Dog Is For Life, Not Just For Christmas® over 40 years ago and we are still urging people to think carefully about the type of dog they want in terms of behavior not just looks and to be extremely selective about whom and where they source it from. It is vital that people undertake as much research as possible to ensure they obtain a healthy, responsibly bred dog and to avoid impulse buying at the ‘click of a mouse’.”

Unfortunately, with over 1,000 abandoned dogs per year coming through the charity’s doors, and thousands more the charity cannot possibly take in, people are still taking on the responsibility of dog ownership without enough consideration of what it really entails. You can give the gift of life this Christmas by sponsoring a dog instead. You can save lives and give abandoned dogs the second chance that they deserve so much.

To help spread their message and show that your dog is for life, Dogs Trust are asking people to share the first and most recent photos of their dog using the hashtag #ADogIsForLife on social media.

To find out more about how you can support this campaign log onto www.dogstrust.ie/ADogIsForLife