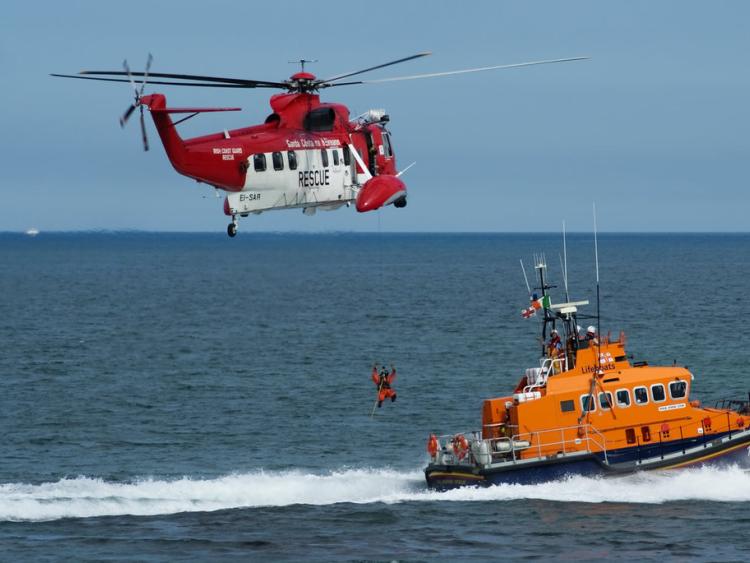 Stay safe on our waterways in 2020

The capacity to Raise the Alarm and Stay Afloat, are central to the prevention of drownings at sea or on inland waterways say the Irish Coast Guard in their New Year's message.

The Coast Guard’s core safety message highlights the importance of never engaging in any commercial or recreational boating activity without wearing a fully serviced Life Jacket or Personal Flotation Device (PFD), coupled with a capacity to raise the alarm via means such as a VHF radio, Personal Locator Beacon, EPIRB or mobile phone. This should be supported by informing shore-based colleagues of your intended activity and anticipated return time.

The Coast Guard cautions that mobile phones should not be considered as a suitable substitute or be relied upon as the only means of emergency communication at sea. Phone coverage at sea is limited and unreliable. Mobile phones are also highly susceptible to failure due to water ingress.

Into 2020, the Coast Guard will continue to focus on the importance of Prevention as a core safety theme and will continue to work with colleagues in Water Safety Ireland, RNLI, BIM and the Irish Sailing Association in promotng water safety and identifying key risk areas.  In early 2020, it is intended to re-launch the Safety on the Water website.

The Coast Guard’s three Rescue Coordination Centres at Malin Head, Valentia Island, and Dublin operate on a 24/7 basis. In the past year the three centres managed a total of 2487 incidents compared with 2647 for 2018 and 2503 incidents in 2017.

In 2019 a total of 195 satellite beacon alerts were received by MRCC Dublin, with the majority proving to be false alerts due to accidental activation or expired equipment.  The COSPAS-SARSAT satellite beacon alerting system has a huge role to play in alerting SAR authorities of persons in distress. The Coast Guard emphasises the importance of correct beacon handling, regular use of inbuilt test mechanisms and proper disposal of expired beacons.

Coast Guard helicopter services are provided under contract by CHCI operating a fleet of Sikorsky S92 helicopters out of bases in Dublin, Shannon, Waterford and Sligo. Helicopter services are on 15 minutes notice by day and 45 minutes by night. By year end, Coast Guard helicopters will have flown in excess of 770 missions. These missions also include inland searches for missing persons in support of An Garda Síochána and Mountain Rescue Teams.

In addition to their primary role of provision of maritime search and rescue services, the Coast Guard provides a day and night support services to the offshore islands. In 2019, the Coast Guard flew a total of 123 emergency missions from the offshore islands to the mainland. Coast Guard helicopters also provide HEMS (Helicopter Emergency Medical Service) to the National Ambulance Service including inter-hospital transfers. The busiest inter-hospital transfer route is from Letterkenny to University Hospital Galway.

The RNLI is categorised as a declared resource to the Coast Guard, which means that each individual station can be directly requested to respond to individual incidents. In 2019, RNLI were requested to launch on over 815 occasions.

The nationwide network of Volunteer Coast Guard units is an integral part of the national search and rescue framework. With a membership of 940 volunteers, these units deliver rescue boat, cliff rescue and shoreline search services coupled with a capacity to support their communities during local emergencies, including inclement weather. Overall, Coast Guard units were tasked on a total of 1075 occasions throughout the year.

Coast Guard Director, Eugene Clonan said “The publication of the two key plans, the National SAR and Oil Spill Contingency plans were two significant achievements in the past year and I want to acknowledge the very constructive engagement that we had with a multiplicity of stakeholders”. He added, “I want to also acknowledge the commitment and professionalism of our Volunteer members. In addition to the three core services that they provide, they are an integral part of community resilience and continually act as the Eyes and Ears of our RCCs in responding to any coastal emergency”