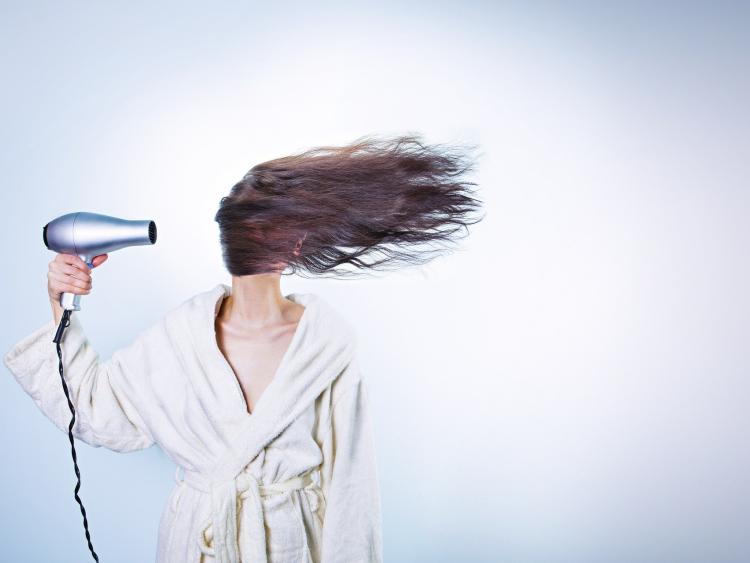 And you think you've had bad hair days before......brace yourself.

There's very little to make people smile these days, what with worry over increasing numbers of those with coronavirus, missing out the hug-fest on Mother's Day and, horror of horrors, being trapped in a houseful of children - even when they are your own - for weeks on end.

But I did get a bit of a chuckle when I came across a post on twitter describe one bald man's delight at news of the impending 'great hair reckoning'.

And well he might, because the rest of us un-follically challenged individuals will look like the second coming of the yeti in about three weeks time.

I'm not sure what's worse, the prospect of returning to razoring your legs or the thought of looking like a skunk when the grey regrowth hits a point where no amount of careful hair placement can hide the stripe.

Spare a thought for those with curly locks however, unless they shave their heads clean there will be 'fros that'll require planning permission appearing in homes across Ireland in the coming weeks.

Such is the universal panic about our appearance that one hairdresser had to go online over the weekend to tell clients to stop calling looking for them to do home appointments - because, you know, we're not supposed to be visiting any home but our own at the present time.

But apparently the well groomed amongst us are getting desperate. And while we might laugh at the sheer self-absorption of those craving a cut and blow-dry enough to pester someone at home, the sad reality is we'll all be equally desperate and more to the point, desperate looking by the end of this period of social distancing.

To those who make pretty much zero effort on a daily basis the loss of salon access may appear fairly trivial, but the more groomed you are, the worse you'll look in comparison to your usual immaculate self. Thank god I never raised the bar too high for myself so my husband won't be asking me to move to the garden shed in shame, but there will, inevitably, be a point where we all look like Tom Hanks in his role in Castaway. Shudder.

Of course, there's also a silver lining to this impending beauty apocalypse. Where public appeals and desperate calls for sanity have failed to convince some (incredibly stupid, let's call a spade a spade here) people to stay away from social gatherings, I can see a mad rush towards voluntary periods of isolation becoming a 'must' before we see April arrive.

To be blunt, we'll all be so unkempt we won't want to see anyone or be seen by anyone. Best of all, because teenagers and young people are just so obsessed by appearance, they'll be the first to cave as their false nails grow out, their hairy armpits re-emerge and their father's run out of replacement blades for their Mach III razor, along with all their shaving foam.

And the only people who'll be able to feel smug about things, will be the bald ones like James.
Well played James, well played.