COLUMN: Communication envy - the hell of lockdown with poor broadband 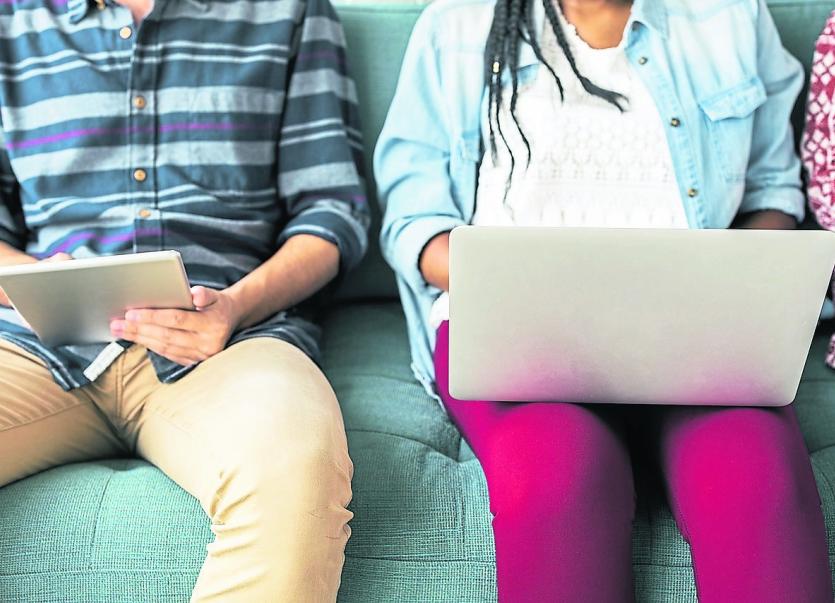 Fancy giving yourself an adrenaline rush? Stuck for a thrill when you're confined to the family home for weeks on end? Try doing anything on the internet from rural Leitrim - especially if your lucky enough to be working from home and facing an impending deadline.

I personally guarantee your blood pressure will go from normal to dangerously high in the space of 30 seconds as you desperate try to reconnect your elusive broadband signal to send an email or open a document, or even, god forbid, try and just participate in a compulsory work video conference call.

Of course, if you're missing civilisation and desperate to broaden your circle of friends, try ringing your broadband provider's helpline. Mine is based in India.

You'll be able to while away several hours of your life trying to explain to some poor individual in Mumbai your tale of ongoing internet woe. It's getting to the stage where I'm now on a first name basis with several people on the sub-continent. If these relationships develop any further I'll have to add them to my will - they'll have earned it.

In fact, god love the people I've been in contact with regularly over the last few weeks. They must wonder why a grown woman keeps ringing them and sobbing into the phone, “but I just want to check my emaaaiiiillllll”.

I wonder if they've started sending warnings to all helpdesk employees telling them they may be contacted by a deranged Australian claiming to be living in rural Leitrim. I imagine it reads: 'She'll cry a lot. Just tell her 'there, there' and hope her phone connection drops'.

In my defence, conversations with my broadband helpdesk always start rationally enough but seem to go rapidly downhill when the helpdesk staff ask questions I certainly cannot fathom, never mind answer. Things like what direction is your nearest mast from your house?

My what? You think I know this? Who knows this? Do broadband providers supply us with a map of our county highlighting the location of your nearest masts?

The answer is yes, yes they do, it's online if you want to look for it, except, you can't because that would require the two things you don't possess, a stable broadband connection and broadband speeds above a snail's pace.

I spend my time on these phone calls to India trying to bluff the helpdesk into actually telling me where my nearest broadband mast is located. The conversation goes like this -

Helpdesk: Could you confirm where your nearest mast is?
Me: Yes, I can confirm that.
Helpdesk: And that would be?
Me: You know it's on the map.
Helpdesk: Where on the map is it?
Me: In Leitrim.
Helpdesk: But what direction is it from your house?
Me: Over the hill.
Helpdesk: What hill?
Me: You tell me, you're the one with the map.

Here's the sad reality of life now for the broadband challenged:

Netflix is a no-no
Stuck for viewing choices - try Netflix! Not if you live in rural Leitrim. You've more chance of streaming the first ever communication from aliens in outer space than actually managing to download even one episode of the latest 'must view' series. Of course if you enjoy trying to watch an hour long episode stretched out to roughly eight hours of endless buffering with extremely short intermissions of the programme actually working, then go for it - torture yourself. If nothing else it'll give you a new helpdesk to ring when you've been blacklisted you from your current broadband helpdesk.

I live vicariously through others when it comes to Netflix. I get friends to tell me what they are watching and how every series ends. At least then I have some way of dealing with the FOMO I inevitably suffer.

I'd like to point out that I still haven't watched Game of Thrones, Peaky Blinders or any other series which requires a decent broadband connection to catch up past episodes. I hope to see some of these before 2027 but, with the way the National Broadband Scheme rollout is planned, I'm not betting on it.

Facebook failure
Even if you want to view that funny video or gif or even open up a gallery or story on Facebook...guess what? - you can whistle for it at the moment.

Broadband which is already cat in quality has become a hell when trying to keep up with social media because everybody is on it 24/7.

Can we just all make an agreement now that everyone with a decent broadband connection will go and make a cup of tea and sit down and talk to the other humans in their houses for half an hour a day at say, 3pm, to try and give those of us with shoddy broadband a chance to keep up with the rest of the world?

Actually, lets be realistic, make two cups of tea, talk to your family and take the dog for long walk - give us an hour, an hour a day, that's all we ask. PLEASE!

Skype sorrows
If I haven't already been explicit enough, I'm from Australia. Yes, my parents are Irish - Leitrim and Galway by the way - but since they emigrated to Australia in the 1970s and haven't obliged me by following me back here to live - what were they thinking?......I'm stuck trying to stay in touch, via landline at the moment.

To everyone who gets to experience the joy of seeing their parents, siblings, nieces and nephews etc on video chats - I hate you. No, that's harsh, I don't hate you, but every time I see an ad on TV featuring families gleefully communicating on their excellent broadband connections, I feel an overwhelming urge to strangle something.

The Virgin Media ad is my bane of my personal life at the moment. I want to cry every time I see the granny waving to her grand-daughter at the end. It's like I'm glued to the window of a house full of people having a party and I'm not allowed in the door.

Now some would argue that the whole not being able to see people you're are talking to when communicating, is probably a good thing. After all, we're all missing the regular visits with the hairdressers and to put it bluntly, many of us are starting to look a bit worse for wear.

But seriously, I really, really, really would love to be able to see my family - especially my dad, my brother and sister-in-law and my two beautiful nieces aged 10 and 7, who I haven't seen in person for over five years.

I'm a static photo to my nieces. That's my reality. All because the powers that be haven't gotten their shh...tuff together when it comes to providing basic broadband to areas outside The Pale. A big thank you to everyone involved there, you've been great. Not.

It's quite depressing really. I distressed one of the broadband helpdesk staff with a tale about my lack of video communication with my family recently. To his credit it didn't throw him off his stride at all. He wanted to know if they knew where my nearest mast was. I don't think he grasped the fact they didn't live in the same country as me. Perhaps it was because I was an emotional wreck at the time.

But seriously, if there's someone out there who knows the miracle of providing broadband which doesn't buffer, drop or have a heart attack at the prospect of opening a three line email - call me.

If nothing else, you'll be saving the sanity of the broadband helpdesk staff in India.