HISTORY: Leitrim one of the most ‘disturbed’ counties in Ireland after the Famine 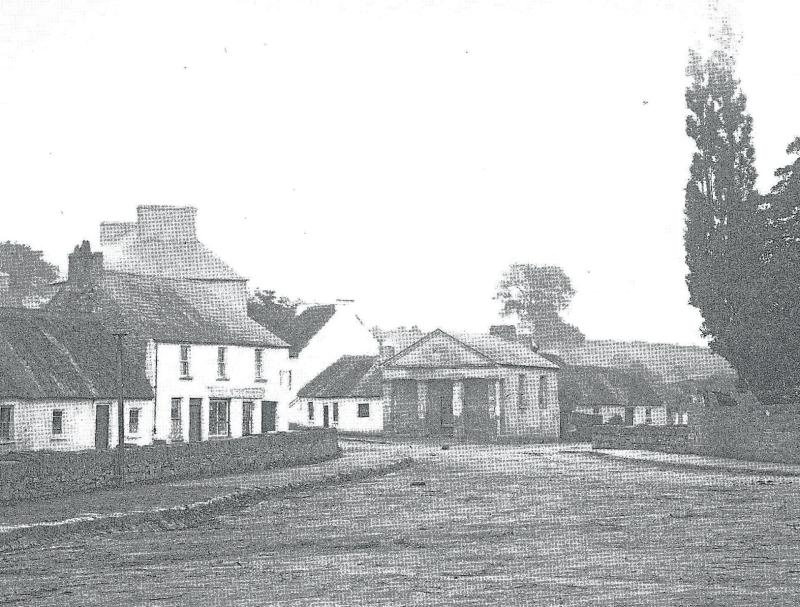 Through the 1840s, Leitrim was one of the most ‘disturbed’ counties in Ireland. Although the years after the Famine were marked by increasing prosperity, the unrest over land did not disappear.
New tensions emerged over land, rent, unemployment and wages, and farmers were the target for over 60% of all crime and 27% of homicides.
Dispossessed labourers were in conflict with their former landlords, and the new, smallholding tenants were in conflict with their new landlords. Such was the level of disturbance in Leitrim that it was one of the few counties to produce ‘intense sectarian convulsions’ in 1852

Coercion, crime and sectarian convulsions
As the land clearances gained pace, evictions increased and those who took over the homes and lands of evicted tenants were often subject to abuse, their new homes burned or wrecked. Some were murdered.
In 1851, two threatening letters were found in the house of Obadia Mee in Mohill directing him to ‘clear out of that country’ or to ‘expect the same death as Brooks', a farmer who had been brutally murdered.
The notices also threatened landowner William Lawder and the bailiff, Henry Huston, with similar treatment, for ‘presuming to stock the country with Co. Cavan Protestants’. Apparently a number of those who took over lands of evicted tenants were from Co. Cavan and were ‘now daily suffering injuries’ from their new neighbours.
Sometimes labourers were targeted and threatened to get at the landholders.
In one instance, workers on their way to Francis Nisbett’s farm in Gubadoriss were warned by a gang, armed and firing shots, not to work for under a shilling a day or to ‘mark the consequences’.
These aggressions were usually carried out by organised Secret Societies and gangs like the Molly Maguires.
According to the court there was ‘a gang of able-bodied robbers committing outrages every night in the town and neighbourhood who carry out their depredations without the least fear of molestation’.

Conspiracy to murder Lord Clements was uncovered
After two particularly brutal murders, the priest in Mohill pronounced a curse for five years on all those who joined these groups. In 1853, a conspiracy to murder Lord Clements was uncovered.
In November, The Boyle Gazette reported that ‘private information’ had led to a warrant being issued against a Hugo Reynolds of Gortletteragh, as the person who had offered £5 to a certain person to commit the murder. But Reynolds ‘was so effectually secreted’, that it took three months for him to be found and committed to the county prison in Carrick-on-Shannon.
However, by 1860, the increased prosperity of the area was matched by a reduction in crime. In 1861, Thomas Larcom safely asserted that ‘the County has largely shared in that general decrease of crime which has, for years past, been taking place throughout the country’.
In February 1870, Judge Keogh opened the Leitrim Assizes in Carrick-on-Shannon by telling the Grand Jury that, ‘I am happy to inform you that your duties on this occasion will be very light . . . It is very satisfactory that your county is entirely free from the crimes of a seditious or treasonous character’.

The murder of William O’Brien
This was not entirely true. Only months earlier, a murder widely accepted as an agrarian crime, occurred on the evening of 29th October 1869.
William O’Brien, a local landowner, left Mohill at 11pm and was within sight of his home on the hill of Drumdoo when he was brutally murdered. O’Brien owned 90 acres, had 300 head of cattle and held a healthy balance of £1,000 cash in the bank.
The Irish Times connected his murder with a ‘misunderstanding’ over property in Sligo for which he acted as agent, and it was certainly known that O’Brien had won ejectments against two or three families at the recent Quarter Sessions at Ballinamore.
The Express newspaper reported that O’Brien was found in a ditch within forty perches of his own house, having apparently been killed from a gunshot wound in his neck, ‘but the head presented such a mangled and shapeless mass that no distinct wound could be traced’. O’Brien’s body was not found until the Friday morning.
It had been cast face downwards and concealed under a bramble hedge. The search party of more than twenty policemen failed to find the body for nearly a full day, and only came across it when O’Brien’s dog was heard howling and found lying across its master’s body.
The Irish Times reported that the murder had created a ‘profound sensation here’, and went on: ‘The circumstances of atrocity attending it are so un-Irish and so seldom to be found in connection with even the worst agrarian crimes that one is perfectly appalled at their recital’. The paper named the accused parties as ‘four McLaughlins, two Reynoldses, two Flynns, Michael Kavanagh and James Mullany’.
It reported that the ten men were being held in Carrick-on-Shannon, since there was such a ‘scene of excitement’ in Mohill when the prisoners were brought into town that the magistrates were ‘dreading an attempt at rescue’

Fiona Slevin grew up and went to school in Mohill and currently lives in Dublin. She recently published a new, expanded edition of her book, ‘By Hereditary Virtues: A history of Lough Rynn’, described by Brendan Kennelly as ‘a well-researched and beautifully written book; a marvellous read’, and by Prof. Michael L. O'Rourke, TCD as ‘the classic local history’. See www.loughrynn.net.