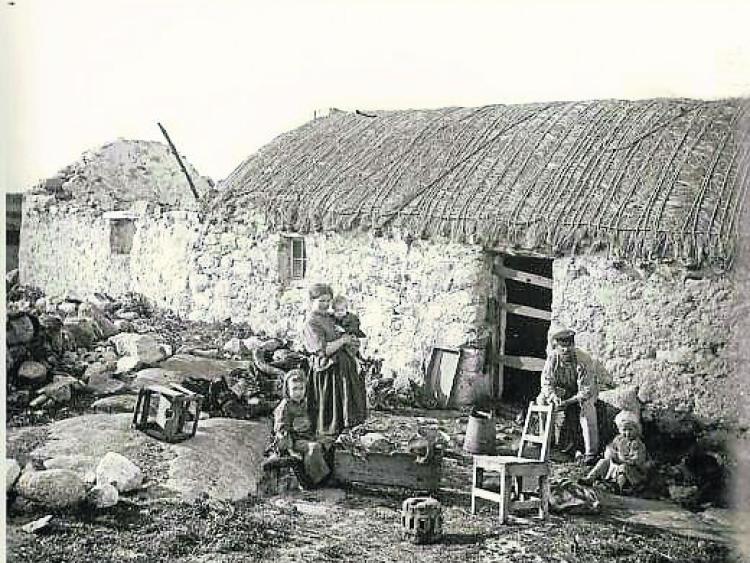 Fiona Slevin, Mohill native, historian and author of Hereditary Virtues: A History of Lough Rynn continues with her series of articles on life after the famine in Leitrim

As Leitrim recovered from the Famine, death, disease and emigration caused lasting changes to the landscape, demography and economy of the county.
The disappearance of the labouring class opened the way for a more systematic clearance of the land and the emergence of larger landholdings and a new middle class. The displaced labourers and new landholders found themselves in a new conflict with each other, as well as with the old landed class. 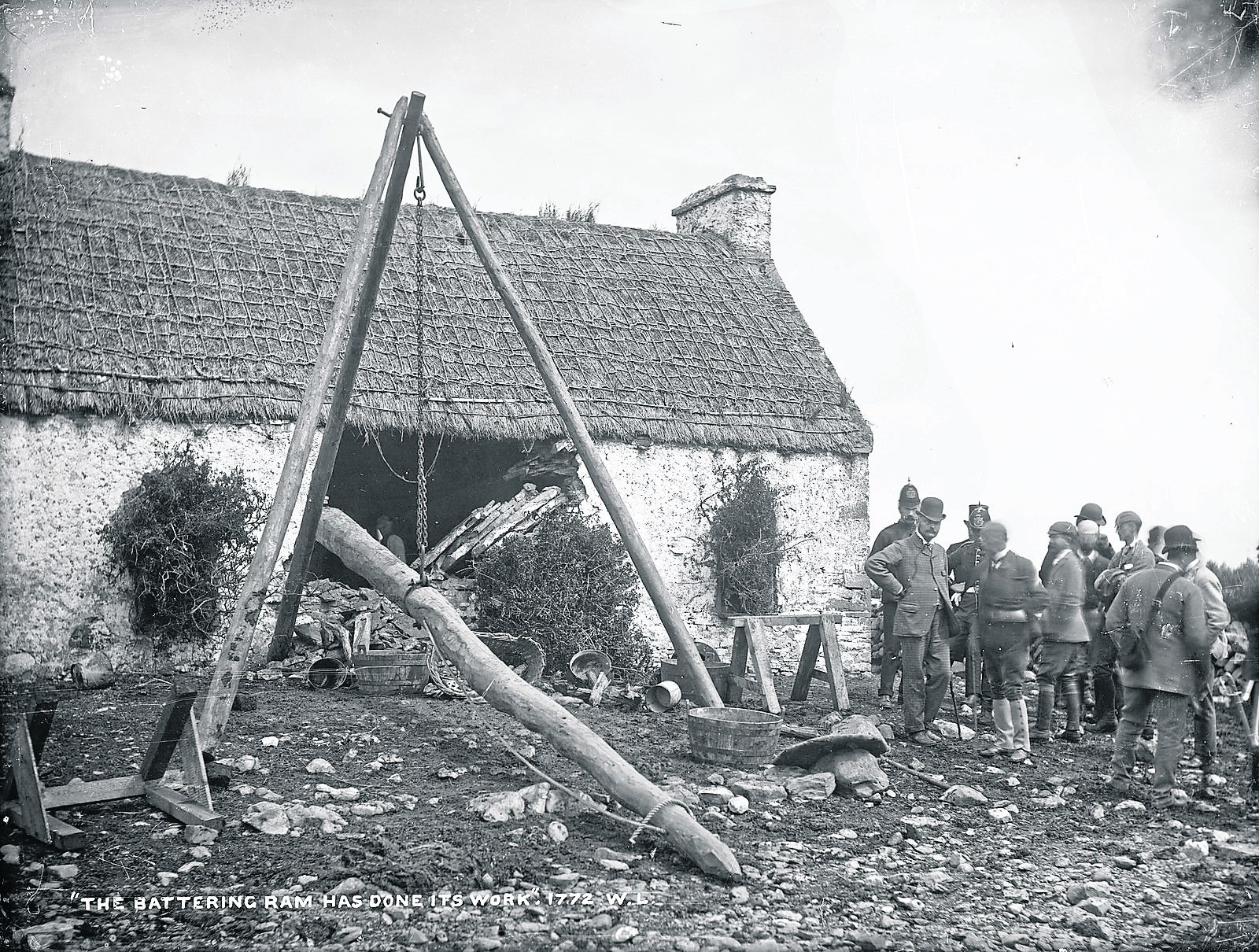 Around Lough Rynn and Mohill, these tensions were exacerbated by William Sydney Clements’ increasingly highhanded and tyrannical approach to managing his estates. Clements had long believed that the land was over-populated and that small farms were unsustainable.
While he had allowed some tenants to suspend rent payments during the early years of the Famine, by the end of the 1840s, he was engaging in some large scale evictions on his estates. In June 1849, a warrant was issued to evict twenty-nine tenants from the townlands of Errew, Farnaught, Gortletteragh, Gortnalamph and Rouskeynamona for rents owed ‘up to and for’ the 29th September 1847. Each tenant was given notice to pay within fourteen days, or face repossession of their homes and disposal of their ‘goods and chattels’.
After the Famine, the evictions increased, but became less about non-payment of rent, and more about increasing productivity and facilitating agricultural and economic progress. Clements’ inheritance of the earldom in 1854 marked a further turning point, and served to increase the new earl’s sense of omnipotence and control over his lands and his tenants.
By the 1860s, Lord Leitrim’s evictions had won notoriety for their indiscriminate nature and his ‘lavish and pitiless notices to quit’. In most cases, the evictions were ordered to accomplish land improvements, create new plantations of trees or ‘for the purpose of revising the townland’. Unlike some of his peers, he showed no nepotism to Protestant farmers, and was as likely to order their eviction as he was their Catholic neighbours.
Neither did he discriminate against women, and a number of named leaseholders were female. The earl was driven only in his determination to restrict tenancies to those who would cultivate ‘good working farms’ – on his terms. In early 1861, The Irishman journal called him ‘an incarnate terror to the Irish tenant’.

Through the 1860s, the earl set about formalising and renewing existing tenancy agreements. Most of his land became leased on an ‘At Will’ or ‘year-to-year’ basis, rather than the 21 year leases that had been common earlier, and his new leases imposed new restrictions on what tenants could do.

A good example is the lease, signed by Michael Rogan in August 1862 for sixteen acres, three roods and eight perches as a ‘tenant from year to year, determinable by six months’ notice to quit’, for £12 p.a. The lease assigns full power to Lord Leitrim to enter the lands and premises at any time, for all ‘reasonable purposes whatsoever’.
Rogan could not, without written permission, make any new roads, fences, or drains, or build or alter any house or building.
There were restrictions on how the land could be used and what crops could be grown: Rogan could not grow ‘two white or grain crops’ in succession or in any year, ‘have tillage more than eleven acres, or dig, plough, or break up, any of the permanent grass fields’.
Nor could he take or sell any ‘hay, straw, manure, turnips or mangold worsel’. It went without saying that the lease prohibited any subletting or sub-dividing the land for people, crops or grazing.
Rogan held on to the land until 1874, when the earl’s bailiff evicted Rogan for non-payment of rent. Although Rogan had held on to the land for twelve years under an ‘At Will’ lease, once the decision to evict was made, the lease terms made the process of eviction easy.
Such lease terms caused obvious great uncertainty for all tenants. Even if the tenants were rehoused, their livelihoods and prospects were crushed.
Rogan, for example, was installed in a small cottage that had recently been occupied by a servant to the earl.
Similarly, a tenant who was evicted from his home at Laheen South was moved to one of the earl's farms in Clooncarne that carried a lower rent while his original farm was handed over to a man named French from County Cavan.
The earl’s standard lease terms were made public and were met with ridicule. In January 1870, the Pall Mall Gazette and Freeman’s Journal both published long and mocking articles on the subject, reserving particular derision for the requirement that the tenant ‘shall not take out any dog or dogs, or destroy . . . any game, or the eggs or young of any game, hares, rabbits, or wild fowl’. It pointed out that ‘hares and rabbits do not ordinarily lay eggs; but, if they should undergo a change and become oviparous [the tenant] is to preserve the eggs’.
The Pall Mall Gazette cited the leases as throwing ‘a strong and most dismal light upon the causes of Irish discontent’.
The Freeman’s Journal reflected on the flagrant injustice, and expressed astonishment at the ‘enormous folly, the gross ignorance and stupidity of the Lord of Leitrim’.
Here, they wrote ‘is a blockhead so densely blockish that he cannot see his own interests, though they lie just before his nose’.