HISTORY: The Land Act and killing of Lord Leitrim 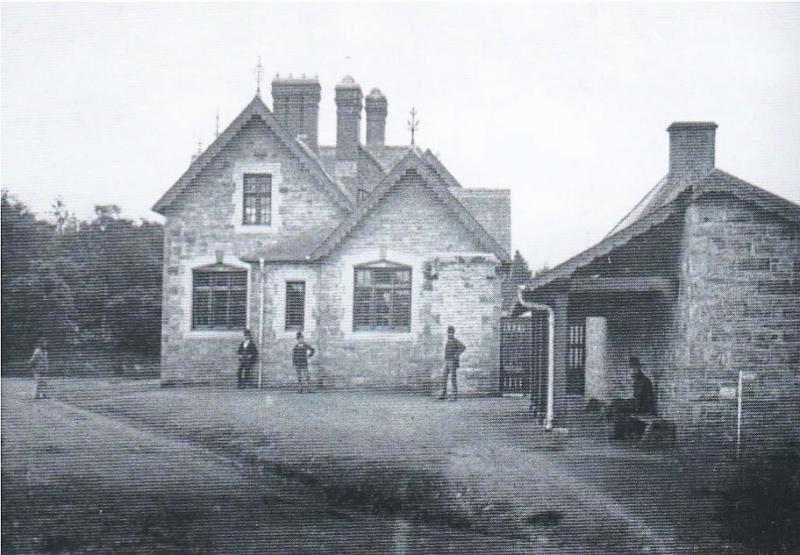 Fiona Slevin grew up and went to school in Mohill and currently lives in Dublin.  She recently published a new, expanded edition of her book, ‘By Hereditary Virtues: A history of Lough Rynn’, described by Brendan Kennelly as ‘a well-researched and beautifully written book; a marvellous read’, and by Prof Michael L O'Rourke, TCD as ‘the classic local history’. It is available at www.loughrynn.net

The Land Question
As the 1860s progressed, the emergence of larger landholdings and a new middle class created a constant undercurrent of tension between new landholders, the old landed class and the displaced and disenfranchised tenant and labouring classes.
A campaign to win more rights for tenants gained momentum through the 1860s, though with different levels of intensity in different parts of the country. In Donegal active Ribbon and Fenian organisations engaged in an ongoing, and sometimes violent, campaign for tenant rights. Leitrim, for the most part, experienced fewer crimes of ‘a seditious or treasonous character’ though local tensions occasionally erupted into serious events such as the murder of William O’Brien near Mohill in 1869.
In February 1868, the Leitrim Journal and Carrick-on-Shannon Advertiser noted the growing tensions and published a piece titled ‘The Land Question,’ stating that ‘the time for peddling legislation for this country is at an end. [Englishmen] know in their hearts that the state of Ireland demands a radical cure’.
Part of the radical cure would be Gladstone’s Land Act of 1870. It introduced some protection for tenants: if they were evicted, tenants would receive limited compensation if they had made improvements or if they were evicted for reasons other than non-payment of rent. The Act also made limited provision for occupying tenants to purchase land.

The Land Act 1870
From the 1860s, Lord Leitrim spent more time on his Donegal estates where he faced organised and ongoing resistance to his harsh and wholesale evictions. There were frequent disruptions to work on the estate and in 1864, two of his bailiffs were shot at. In March 1869, a bailiff named Murphy was fired on within a short distance of a police barracks. On 1 February 1870, a riot prevented Leitrim’s workmen from quarrying stones, and on 17 March, the earl received ‘two threatening notices’.
In parliament, Lord Leitrim had ceased to support the Liberals and voted with the Conservatives. On 30 April 1869, the earl spoke in the House of Lords on the state of Ireland, and offered a new solution to the so-called agrarian murders and outrages: where a murderer was not brought to justice, the district should be made to act like a life assurance company, and be required to put the family of the murdered man in a better position than it was before. 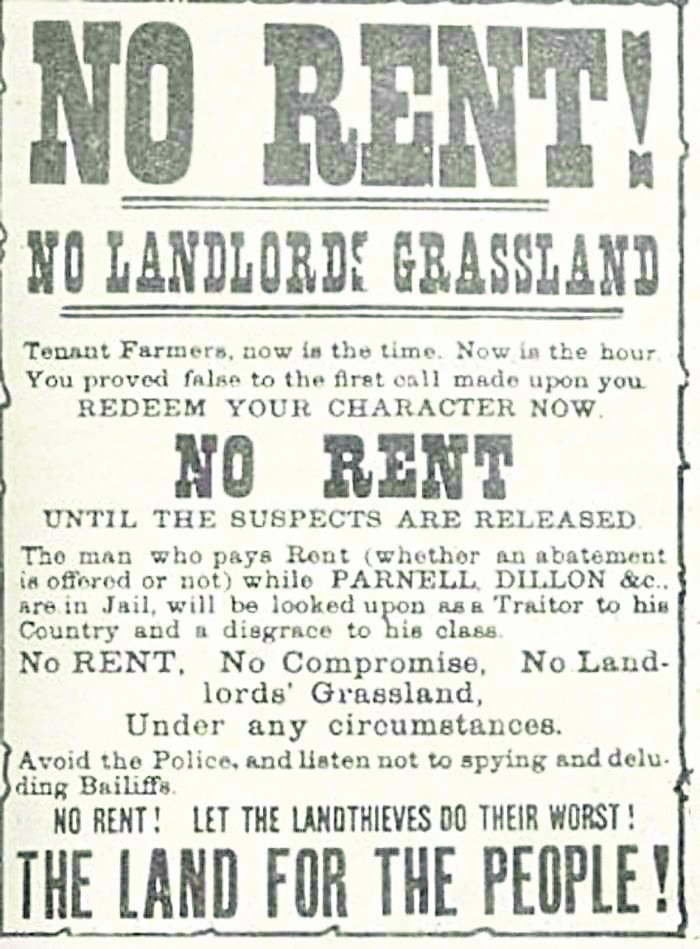 He went further, stating that ‘it was a most dangerous thing to set aside the educated classes of a country, and to suppose that the whole system of administration was to be carried on through the police’.
In 1870, he spoke against Gladstone’s Land Act, believing it to be a gross encroachment on his rights as a landlord. He was one of only eight peers who voted against it. The Act went against everything that the earl now stood for and he was disgusted with his colleagues and the haste with which the Act was passed, writing that the bill ‘was shuffled through in the most indecent way’.
The passing of the Land Act did nothing to curb the earl’s actions, and he seized on an important loophole in the legislation: tenants who had to vacate their land because their leases had expired were not covered by the Act. Lord Leitrim exploited this by forcing tenants to accept restrictive leases, and ‘At Will’ leases became the norm. In addition to the restrictive lease terms, rents rose substantially, and became impossible for many tenants. In one example, a lease that had stood for thirty years at the same rent of £11/3/8, was increased to £12/12, and a year later to £18. Such an increase for a ten-acre farm required an unusual level of husbandry to turn a profit, and for many tenants, was quite beyond their capacity and means. It was no surprise that in 1877 this holding was ‘surrendered for the purpose of revising the townland’.
The earl became increasingly isolated: his few allies in the House of Lords deserted him after he presented false statistics relating to crime in Leitrim, and he found himself on the wrong side of the courts.
In March 1873, the Land Court decided against him over a lease in Donegal and found in favour of the tenant. In July 1873, the earl railed against the perceived injustice and wrote: ‘I regard my estates as a burden too heavy to bear . . . Ireland is no long a country that it is desirable to live in or to have any property in’.
By 1878, there was increased anger and resistance against the scale and severity of evictions and land clearances, especially in Donegal. Lord Leitrim’s policies and general treatment of tenants had gained him serious enemies, and he had taken to travelling heavily armed and with a strong escort.
In January 1878 the Freeman’s Journal reported that a large number of tenants and their families were to be evicted in the Fanad area, and there were reports that eighty more were planned. The tenants had had enough. In Milford, Donegal, three men decided to take action. On the morning of 2 April 1878, Michael Heraghty, Michael McElwee and Neil Sheils ambushed and killed Lord Leitrim at Cratlagh Wood near Milford, in a well-planned attack. The earl’s killers were lauded locally as heroes who ended the tyranny of landlordism in Ireland. The assassination was seen as a landmark in the fight for tenants’ rights and is widely believed to have given impetus to the Land League which was founded by Michael Davitt the following year.

Fiona's book, ‘By Hereditary Virtues: A history of Lough Rynn’, is available at www.loughrynn.net