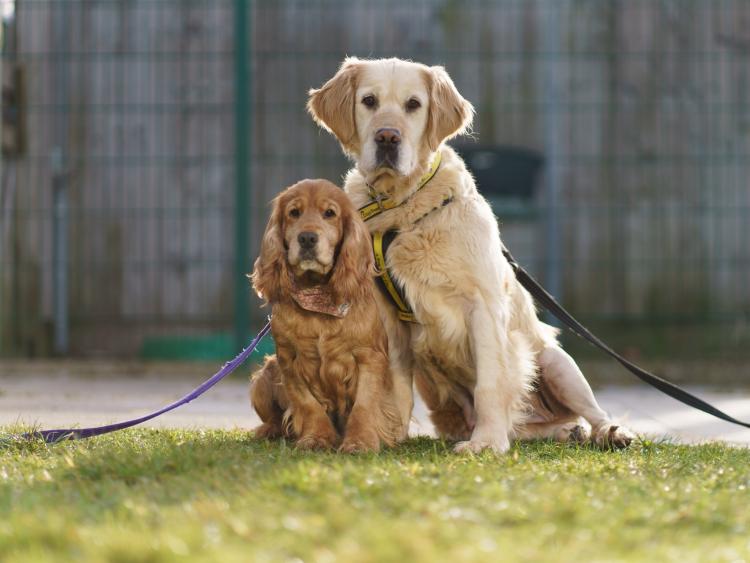 Cindy, a 7 year old cocker spaniel, and Jovi, a 5 year old golden retriever, have become so inseparable that they will be rehomed together. Photo: Fran Veale

With Valentine’s Day fast approaching, Dogs Trust is sharing the tale of two truly devoted dogs who found themselves surrendered to a dog pound together just before Christmas.

Upon arrival at Dogs Trust, it was discovered that Jovi, a five-year-old golden retriever and Cindy, a seven-year-old cocker spaniel both had skin issues. There were also indications they had produced multiple litters of puppies and Jovi unfortunately had issues with her hind legs in both cruciate ligaments, resulting in chronic pain and lameness.

Following the advice of a veterinary orthopaedic surgeon, the charity elected to have surgery on both Jovi’s knees, in a staged approach. She has already had one surgery and the second will be in 6-8 weeks’ time. 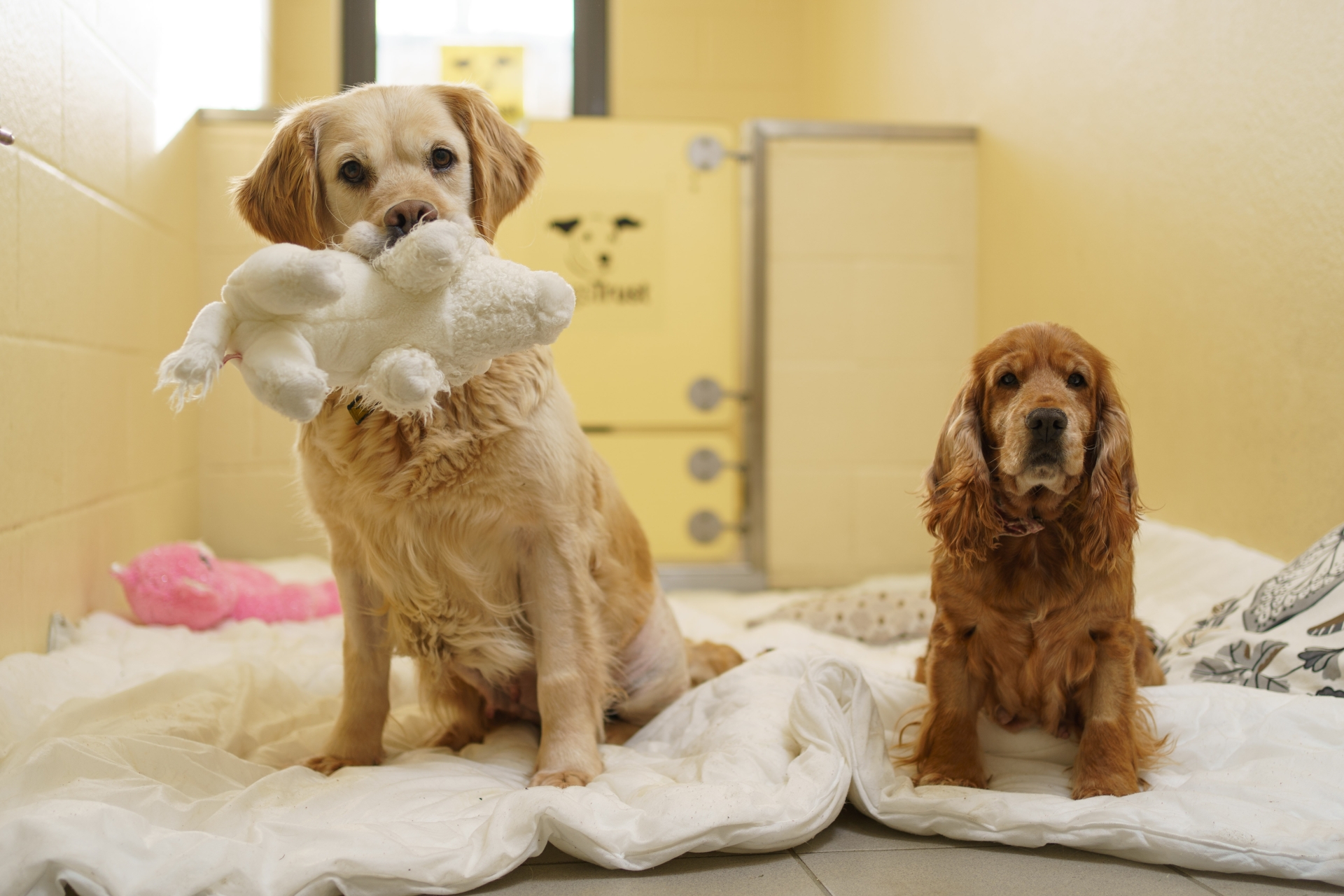 The inseparable pair are so devoted to each other, when Jovi had her first surgery, Cindy pined so badly for her furry friend and looked so sad, staff kept her with them in their offices during the day and took her home with them at night, until Jovi recovered enough to re-join her devoted pal.

Niamh Curran-Kelly, Veterinary and Welfare Manager at Dogs Trust Ireland said: “Given how attached Cindy and Jovi are to each other, we were determined to find them a home together. We are thrilled that a wonderful adopter has opened her home and her heart to both dogs, and they will be going to their Forever Home as soon as Jovi has fully recovered from her surgeries.”

Ciara Byrne, Head of Communications at Dogs Trust Ireland continued: “We are appealing to members of the public to support our life-saving work, especially given the huge veterinary bills we face in 2021. We have taken in multiple dogs over the past few months with complex and expensive veterinary issues and we fear this is just the tip of the iceberg. We appeal to any member of the public who is struggling with any aspect of dog ownership to please contact us, we are here to help, even if it’s just to offer advice.”

If you would like to support the life-saving work of Dogs Trust, please donate via DogsTrust.ie/Donate