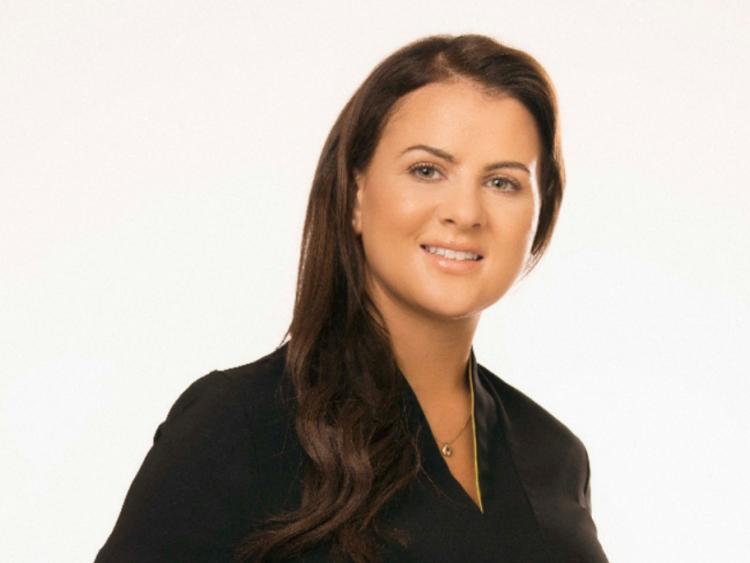 We use it every day, it processes our information, thoughts, memories, beliefs and through it we experience dreams, the brain is something that we can often take for granted.

We all want our memory and concentration to function as efficiently as possible but there are times when we can’t quite think of that word, remember that name, where we put the car keys or the answer to that question.

The good news is that nutrition and healthy eating can play an important role in improving and maintaining our mental clarity.

Here, Laurann O’Reilly, nutritionist and owner of Nutrition by Laurann, discusses how to boost your brain, improve your memory and concentration through nutrition.

Probiotics & Prebiotics - I’ve previously mentioned the gut-brain connection in terms of mood but the same goes for memory and concentration. It’s important to understand that everything we eat or drink can influence our brain, either positively or negatively. Our digestive system is responsible for not only providing the body and the brain with key nutrients from food and drink, but it also produces key hormones that influence the brain and have an impact on our memory and cognitive function. Remember by feeding the gut we are in fact feeding the mind, so maintaining a healthy gut is essential. Tips: 1) Balance your good gut bacteria with a probiotic supplement, particularly if you have been on antibiotics (doing this for 3 months sufficient), 2) Nourish your body with a daily probiotic foods such as yogurt or sauerkraut, kefir and kombucha 3) Include prebiotic foods (they feed your good gut bacteria) such as wholegrains, bananas, onions, garlic and soybeans

Omega-3 fatty acids - Have been shown to improve memory as they play an important role in brain function, structure as well as maintaining healthy blood flow. They’ve also been proven to improve brain activity and performance. The most effective of these are ‘DHA’ and ‘EPA’. As our body is unable to synthesize these it is essential that we get these through the diet. Sources: Oily fish such as salmon, mackerel, herring, sardines, anchovies, linseed, flaxseed, chia seeds, walnuts and plant oils such as flaxseed oil. If you don’t eat fish you can get omega 3 supplements in your local pharmacy or health store.
Tip: Aim for 2-3 portions of oily fish a week.

Coconut Oil - Contains medium-chain triglycerides (MCTs) may also have added benefits to our memory. The MCTs in coconut oil break down into ketones, which can be used by brain cells for fuel. The idea is that supplying the brain with some extra fuel might make it run better. These ketones produced from MCT Oil metabolism have also been shown to enhance the regulation of brain cells as well as protect our brain’s neural connections, powerful stuff!
Tip: Use coconut oil in cooking, baking on top of porridge or add to your tea or coffee.

Wholegrains - Carbohydrates are our main source of fuel but we need the right type for our body and brain to work efficiently. Wholegrain carbohydrates are low-GI, which means they slowly release their energy (glucose) into the bloodstream, keeping our blood sugar levels stable and allowing you to mentally alert throughout the day. Tip: A diet high in sugar and white carbohydrates may lead to that dreaded sugar crash so opt for ‘brown’ wholegrain cereals, granary bread, rice and pasta instead.

Eggs - Can be an effective brain food as they are a good source of vitamin B6, B12 and folic acid which are essential nutrients for healthy brain function. Tip: Such a versatile ingredient you can have boiled/scrambled or poached eggs for breakfast, hard boiled eggs as a snack or added to your salad.

Soybean - Is rich in a particular group of antioxidants called ‘polyphenols’. Studies have also found that suggest that the consumption of soybean in diet may not only improve memory but also reverse the memory deficits. Tip: Try including some soya products such as milk, yogurt, butters and tofu to your meals.

Broccoli - Helps the body to produce compounds called ‘isothiocyanates’ which reduce oxidative stress that can damage the brain. Broccoli also contains vitamin C and ‘flavonoids’ and these antioxidants can also protect and improve brain health. Tip: Include as part of salads, with your dinner, in soups our blend into a juice with some apple, celery, lemon and kale.

Berries - especially dark ones such as blackberries, blueberries and cherries are a rich source of antioxidants called ‘anthocyanins’ that may support memory function.
Due to their antioxidant properties and anti-inflammatory properties they are not only protective but can improve brain-cell signalling, making them especially beneficial for good brain health.
Tip: Give your meals a berry brain boost through adding them to your cereal, yogurts, smoothies and salads.

Grapes - Contain ‘resveratrol’ an antioxidant which has been shown to be beneficial for lowering cholesterol, reducing blood pressure, protecting the brain from damage as well as boosting memory.
Tip: Have some red grapes as a snack, in yoghurt

Watermelon - Is high in ‘lycopene’, which is another powerful antioxidant that provides protection to the brain. It also regulates genes that influence inflammation, making it a powerful brain protector. Tip: Chop up watermelon and keep in the fridge for a healthy brain boosting snack

Walnuts - Are well known for their positive impact on heart health but have also been shown to improve cognitive function. Walnuts contain more antioxidant and protective properties than any other nut. Their anti-inflammatory properties are also brain proactive and have even been suggested to prevent age-related memory loss. Tip: Add them to your cereal or yogurt, snack on a handful of walnuts to satisfy midday hunger, add to a salad for that extra crunch or mix them into a vegetable stir-fry for that extra protein boost.

Beetroot - Is rich in nitrates, which are natural compounds that can dilate blood vessels to allow more oxygenated blood to reach the brain. Studies have found that eating beetroot has been associated with improved motor control, cognitive functioning, emotional health, and other brain functions Tip: Add beetroot to your salads or blend beetroot with some spinach, cucumber and ginger for the perfect brain boost juice.

Cocoa - Raw cocoa is a rich source of antioxidants and also contains protein called ‘arginine’, which improves blood flow. A recent study by Harvard Medical School found that drinking two cups of cocoa daily for a month can improve blood flow to the brain and result in higher performance in memory tests. Tip: Add raw cocoa powder or nibs to your porridge, yogurts or mixed with warm drink. You may need to add a little honey to sweeten.

Rosemary - Has been shown to increase blood flow to the brain, improving concentration and memory. The smell of rosemary can also significantly improve prospective memory or recall, which is our ability to remember to do something. Tip: Add a little rosemary seasoning to your meals and you can burn rosemary oil in an oil burner.

Peppermint - Has been proven to be beneficial to our brain health. A study from Northumbria University found that peppermint tea can improve both long-term memory, working memory and alertness in healthy adults. The aroma has also been found to enhance memory, this is because menthol stimulates the Hippocampus area of the brain which controls mental clarity and memory. Tip: Why not try some peppermint tea or burn some peppermint oil when you need that extra focus.

The B Vitamins - Vitamin B12 is important for information processing and memory, it’s also required to create our red blood cells which carry oxygen in our body. Vitamins B3 and B6 have been shown to help protect against age related cognitive decline and improve brain function. Vitamin B9 also known as ‘folate’ plays an important role in protecting the brain and nervous system and improving brain function Sources: Meat (especially liver), seafood, poultry, eggs, dairy products, legumes, leafy greens, seeds and fortified foods, such as breakfast cereal and nutritional yeast. It may also be helpful to take a B Complex supplement which can be found at most pharmacies and health stores.

Vitamin C - Being a powerful antioxidant, it helps to protect the brain. It also plays an important role in brain structure and the nervous system. Sources: Citrus fruits (such as orange, kiwi, lemon, grapefruit), berries and vegetables such as broccoli, cauliflower, brussels sprouts and peppers. If you feel your diet is lacking in these foods you can also take Vitamin C in supplement form. Note: Caffeine can impair your ability to absorb Vitamin C, so avoid coffee or tea close to eating or if taking a supplement.

Vitamin D3 - Plays an important role in the memory and learning process, whilst also protecting the nervous system. Sources: Oily fish such as salmon, sardines, herring and mackerel, red meat, liver, egg yolks, fortified dairy products and cereals. Our main way of producing Vitamin D is through exposing our skin to the sun (when it comes out), also with many of us indoors, covered up, wearing sun protection or make up it can be extremely difficult to produce enough. For this reason it may be helpful for both adults and children to take a Vitamin D supplement which can be purchased in your local pharmacy or health store.

Magnesium - Magnesium has long been considered a key mineral for optimal brain function. Studies have also found that magnesium helps to improve learning abilities, working memory, short and long-term memory. Sources: Green leafy vegetables, such as spinach, legumes, nuts, seeds, and whole grains. This can be taken in supplement form also, speak with your pharmacist to see if this is suitable for you.

Zinc - Is necessary for memory formation and learning processes in the brain and plays an important role in brain signalling. One study found that a combination of both magnesium and zinc demonstrated resulted in increased academic performance. Sources: Shellfish, meat, poultry, beans, nuts, wholegrains and dairy products. This is also available in a supplement form from your local pharmacy or health store.

Vitamin K - In particular Vitamin K2, plays an important role in forming structural components of the brain and regulation and processing of memory.
Studies have also found Vitamin K to have anti-inflammatory properties which may be protective of cognitive function and memory. Sources: Kale, brussels sprouts, cabbage, broccoli.
You can also get Vitamin K2 as a supplement from your local pharmacy, please consult with your pharmacist to ensure it is suitable for you.