Study reveals Irish parenting moments that can be a right pain (in the bum!) 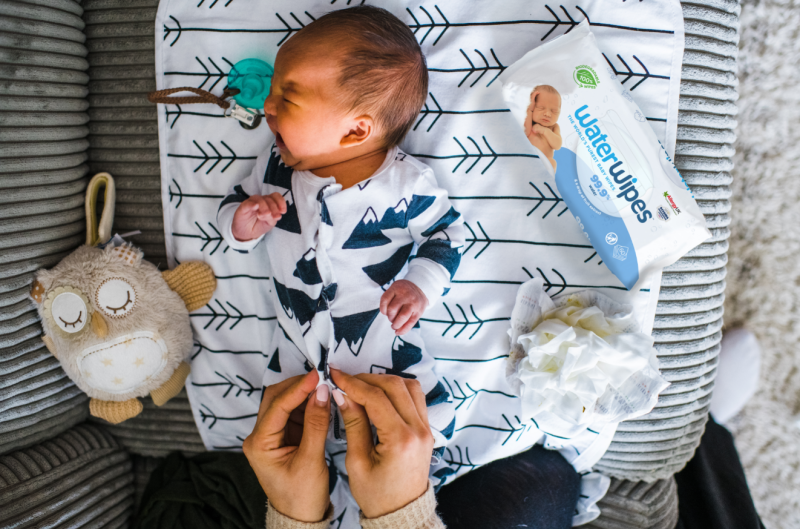 Constant worry, mum brain, being compared to others and not being prepared for the reality of nappy rash are just some of the concerns cited in a recent study[i] as the most surprising and irritating aspects of parenting.

The research carried out by Irish brand WaterWipes® also revealed that a staggering 95% of parents said their baby experienced nappy rash with over 40% going on to say that they were worried their baby was in pain or distress.

Furthermore, when asked about how it made them feel, almost half (40%) were worried their baby was in pain or distress and worried about their skin, and a fifth (23%) felt like a bad parent.

The new parenting research follows on from a recent independent clinical study by the University of Salford, which revealed WaterWipes® to be clinically proven to be the number 1 wipes against nappy rash[ii].

Not surprisingly, when it comes to baby ailments, the top concerns or ‘pain in the bums’ for Irish parents are nappy rash, ranking second at 40% just slightly below teething (49%). The study of 500 parents of babies aged 0-2, also highlighted that 23% of parents are in constant fear of getting it wrong, with a fifth (20%) of mums surprised to discover ‘mum brain’ is real!

Other frustrating parenting moments highlighted included being woken up in the middle of the night (32%), when their baby had a poo-nami when they were out and about (25%) and nearly a quarter (24%) stated that it was when their baby was sick on themselves after an outfit change.

Competitive or interfering parents were the cause of other ‘pain in the bum’ moments. These included: parents diagnosing your baby (39%) e.g. they must be tired or hungry, parents comparing your baby to other babies (35%), other parents sharing unwanted advice (34%), other parents showing their ‘perfect’ baby on social media (31%), and unrealistic and boastful celebrity parents (28%).

Commenting on the findings, Rosanna Davison, mum and WaterWipes spokesperson, said, “I am not surprised by the findings of the research as all aspects of parenting can be really daunting. Parents just want to ensure that their little ones are happy, comfortable and content. Some of my friends have experienced nappy rash with their children and it can be really distressing for baby as well as parents. In our house we have always been huge fans of WaterWipes and they are always close to hand! Now that the brand is independently proven to be the No. 1 wipe against nappy rash is great news for all parents. For me as a mum it is important to use baby products that I trust and know are gentle for the children’s delicate skin”.

Also commenting on the findings, GP and mum, Dr Laura Lenihan said: “Most babies will experience some form of nappy rash, so it is important for parents not to get upset or to feel guilty. I know this can be challenging when trying to juggle all aspects of family life. I was not surprised that the recent WaterWipes® research revealed that 28% of parents felt upset when their baby had nappy rash, and 24% felt guilty. I know as a mum and GP I also felt the same. For many years now, I have used WaterWipes when changing or cleansing my three children. There are several signs to look out for if you suspect your baby may be suffering from nappy rash. These include red or sore skin, spots, blisters, or pimples can appear around the area, and the skin can at times can be hot to the touch. However, it is important that you contact your GP or public health nurse if you have any concerns”.

Commenting further Jill Sommerville, Director of Global Medical, WaterWipes said, “As a company, we recognise the many challenges that parents face and we know parents can feel unprepared when it comes to parenthood. That is why we are delighted to let parents know that WaterWipes® are clinically proven to be the no.1 wipe against nappy rash. The independent study also found that babies cleansed with WaterWipes are less likely to get nappy rash and, if they do, it does not last as long. Parents can now be confident that by selecting WaterWipes, they are using wipes with minimal ingredients that can help protect against nappy rash. When your baby has nappy rash, we understand it can be an upsetting and distressing time. We are committed to providing parents the best products to gently care for and protect their baby’s delicate skin.”

Other interesting statistics uncovered as part of the study highlighted that 23% of Irish parents say they constantly check on their baby while they are asleep. Nearly a quarter (24%) went on to say they are not able to find the time to have a shower by themselves and 19% go out without taking one. Finally, 22% surveyed say they have less time to spend/be intimate with their partner.

[i] The survey was conducted by OnePoll research amongst 500 respondents from Ireland. All respondents were parents of at least one child aged 0-2 years old.  The research fieldwork took place between 14th – 26th April 2021.

[ii] About the clinical study

The Baby Skin Integrity Comparison Survey (BaSICS) was an independent study conducted by the University of Salford in the UK and revealed that WaterWipes® is now clinically proven to be the no.1 wipe against nappy rash/ the causes of nappy rash. The study compared the occurrence and duration of nappy rash on newborns with two other leading brands of baby wipes, randomly allocated to almost 700 mums who participated. It revealed that babies cleansed with WaterWipes are less likely to get nappy rash and, if they do, it doesn’t last as long compared to other leading brands*

The study showed that baby’s cleansed using WaterWipes® had less nappy rash* (19%), compared to those cleansed with brand one (25%) or brand two (30%). For each day of nappy rash* experienced by the WaterWipes babies, it lasted approximately 50% longer on babies using the other leading brands. The study has been published in Pediatrics & Neonatology.