New book recalls life in Mohill in the 1950s 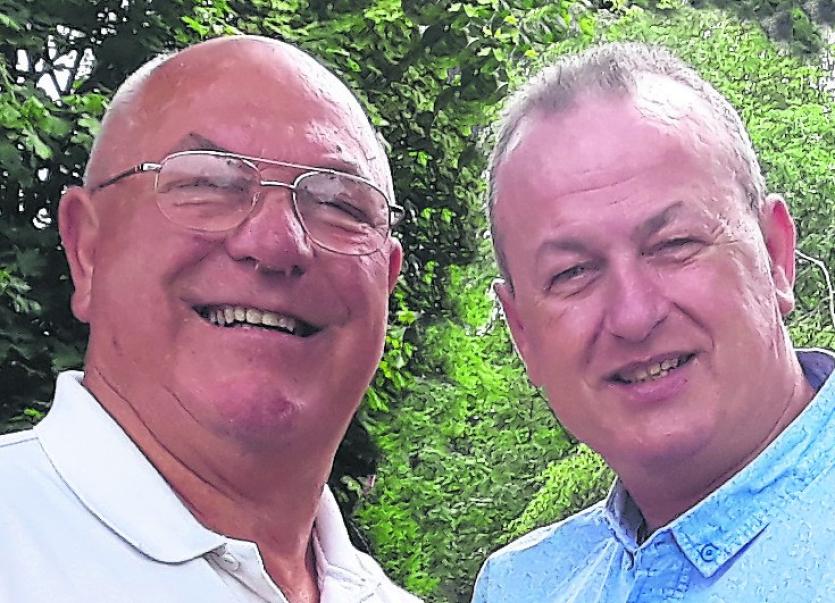 Diary of a Mohill Man is a collection of life stories and poems based and inspired by life in the town of Mohill, Co Leitrim during the 1950s.
The book is based on the writings of Paddy Prendergast, formerly of Hyde Terrace, Mohill, in conjunction with his son Brian.
It gives you an insight into growing up in a time gone by, when there were no gaming consoles or mobile phones, and when you went out to play, you were gone for the day, and only came home to get fed and watered.
As Brian explains: “This is a book that probably should have been written a long time ago, as it has been requested for so many years by many people, so I have decided to grab Covid-19 by the horns and use this time to write Dad’s experiences and stories so they may be used as a historical record of times and ways gone by, and of a man who left Mohill as a young man, but never ever left it in his heart.
“It centres around growing up in 1950's Mohill, and some of the life experiences he enjoyed and the characters he knew.
“I would like to give out a special mention to Old Mohill Facebook page, which I put him onto, and he ended up never getting off it!
“That page gave him the forum for his creative and descriptive writings, sometimes transporting people back to days gone by,” acknowledges Brian.
This book has not only be a labour of love for Paddy and Brian, sales of the paperback will be used to help the people of Paddy's native Mohill.
The book is a not for profit publication and, after costs, any proceeds will go to an organisation in Mohill which will be announced at a later date.
Paddy and Brian say: “It's a little book that we feel represents the memories of many people. Some of the stories are taken from Paddy's diary and some are from his Old Mohill Facebook page contributions which many people love to read. 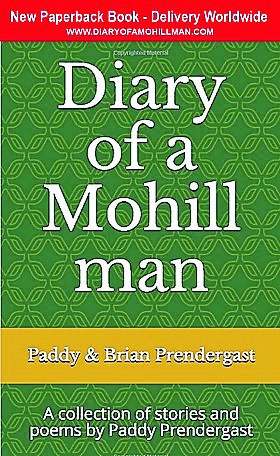 “ It is intended as a little time capsule, that can keep the mental images going of reflections gone by. We hope you enjoy it.”
Copies of the book have already sold around the world and fans have been sharing photos of themselves receiving and reading their books on the Old Mohill Facebook in recent weeks.
Get your copy of Diary of a Mohill man from the website www.DiaryofaMohillMan.com or through any of the Amazon web sites worldwide.
There are also copies available to purchase in Pauls Newsagents in Mohill.