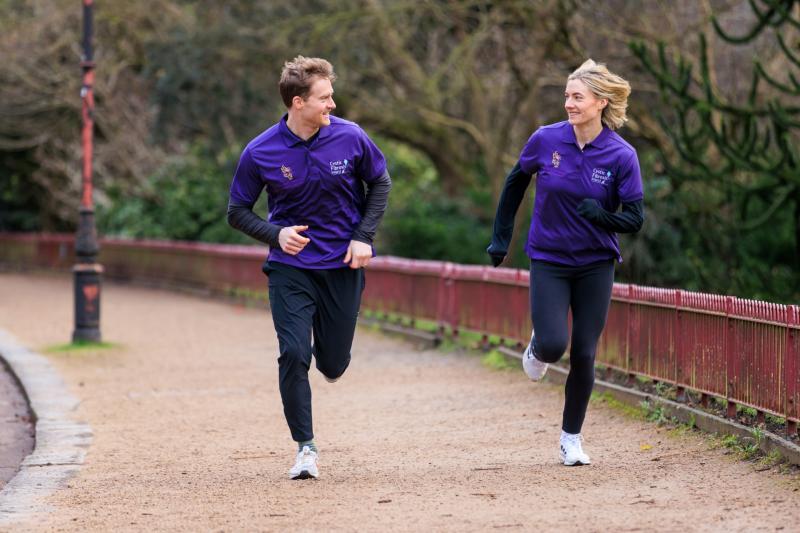 The annual fundraising flag day – which derives its name from the way in which young children often first say the words "cystic fibrosis" – seeks to raise much-needed funds for Cystic Fibrosis (CF) services and sees the fundraising day of action return in full for the first time since 2019.

Volunteers will be out in force selling purple rose pins in towns and villages in LEITRIM and the length and breadth of the country, as well as in participating Dunnes Stores, shopping centres and other outlets nationwide.

Cystic fibrosis is an inherited chronic disease that primarily affects the lungs and the digestive system.  Ireland has the highest incidence of CF in the world and some of the most severe types. There are more than 1,400 people living with CF in Ireland and the number is increasing each year as a result of improvements in treatment and care.

“Funds raised on 65 Roses Day will go to provide exercise equipment, counselling sessions, and grants for people undergoing a transplant, fertility assessment or who have recently been bereaved. Funds also go to support cystic fibrosis research and the building of new CF hospital facilities and the funding of specialist CF staff.

“We’re calling on the people of Leitrim to show support for Cystic Fibrosis Ireland this year and to don purple to help raise much needed funds for people in Leitrim living with CF.”