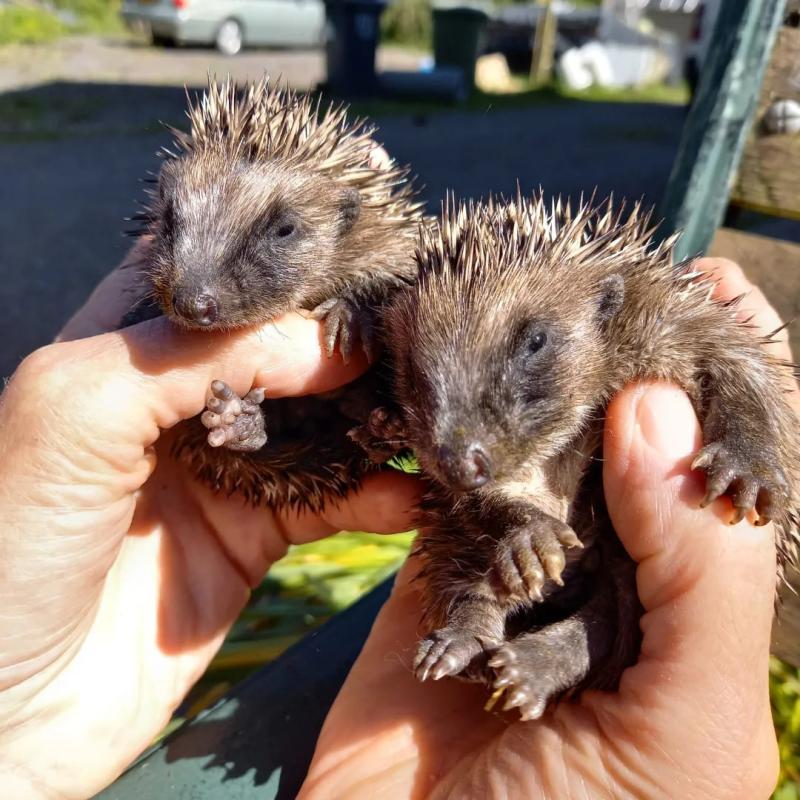 Leitrim Animal Welfare recently brought two orphaned baby hedgehogs - known as hoglets - to Dooletter Wildlife Rescue. They will be released back to their home in Leitrim when they are big enough to survive on their own. The cute pair were seen wandering without their mother for more than three days and were fed by a kind individual in the hope their mother would return. Unfortunately she didn't reappear and Leitrim Animal Welfare were contacted for assistance.

In a post on the Leitrim Animal Welfare Facebook page the group noted: ""The two hoglets came from a back garden where it was noted the family of hedgehogs had lived in this area for a couple of decades and the owners took great care of keeping them safe & comfy, by creating a pile of stacked sticks where the mother would feed and keep her hoglets warm.

"It is very unusual for hedgehogs to be seen outside for long periods during the day, as they are nocturnal creatures. They can also get a condition called 'Fly Strike' where flies lay eggs on the hedgehogs which is very detrimental to their health. So if you notice a lot of flies around a hedgehog, (or if it is) staggering around and/or appearing sick or injured, contact your local animal/wildlife rescue and/or a vet."

Leitrim Animal Welfare said they were very impressed by the facilities at Dooletter Wildlife Rescue: "We also got to see the amazing work they do and all the orphaned/sick wildlife that are receiving the best care possible such as Boo, the friendly ferret, crows, starlings, house martins, fox cubs, donkeys, ponies, baby red squirrels and more!"