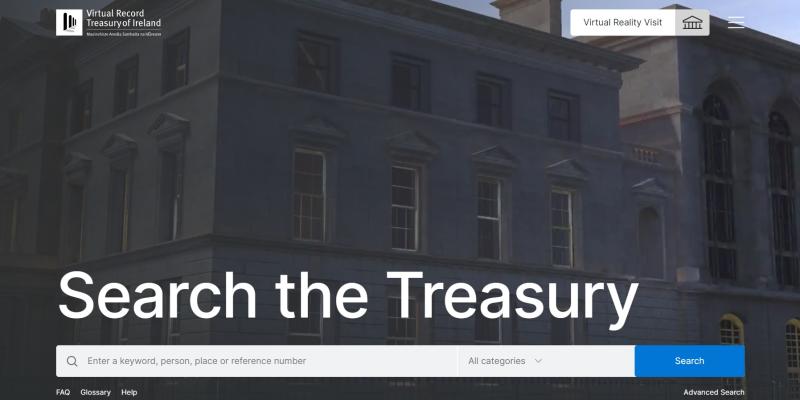 Significant parts of seven centuries of public records have been replaced 100 years after they were believed lost in a fire at the Four Courts at the beginning of the Irish Civil War.

The Virtual Record Treasury of Ireland allows people to explore a virtual recreation of the Public Record Office, which was destroyed during the shelling of the Four Courts on June 30, 1922.

The virtual treasury ranges between 1174 and 1922, allowing users to access 150,000 online records, ranging from single sheets to entire volumes.  The online treasury was launched as part of Ireland's Decade of Centenaries.