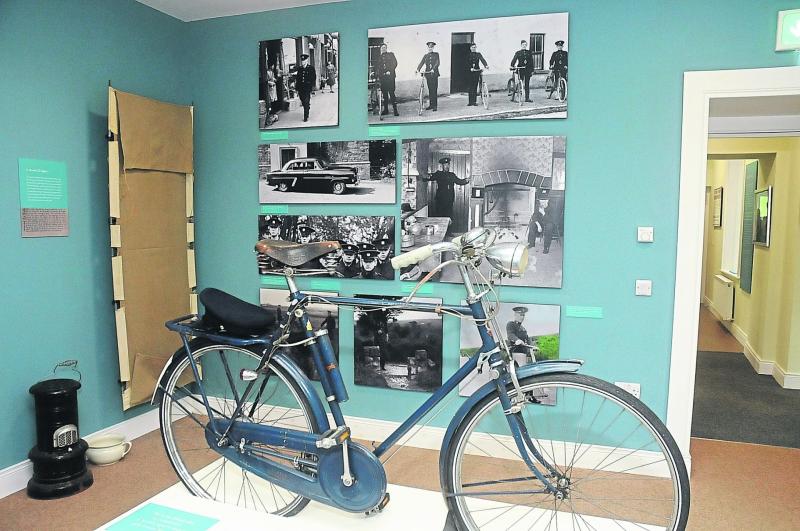 The history of Irish policing and An Garda Siochana on display in John McGahern Barracks, Cootehall. Tours must be booked 48 hours in advance Photos: Willie Donnellan

One year since it was officially opened and deemed “one of the most successful handovers” of closed Garda Stations in the country, the McGahern Barracks in Cootehall is still attracting tourists and has more plans to keep people coming back.

Cootehall barracks was a working Garda Station up to 2012; when it was closed. In 2013, the active Cootehall Community Development Group were handed the keys.
It took a lot of hard slog, fundraising and reams of paperwork but renovations began in 2018 on the €208,000 transformation project. 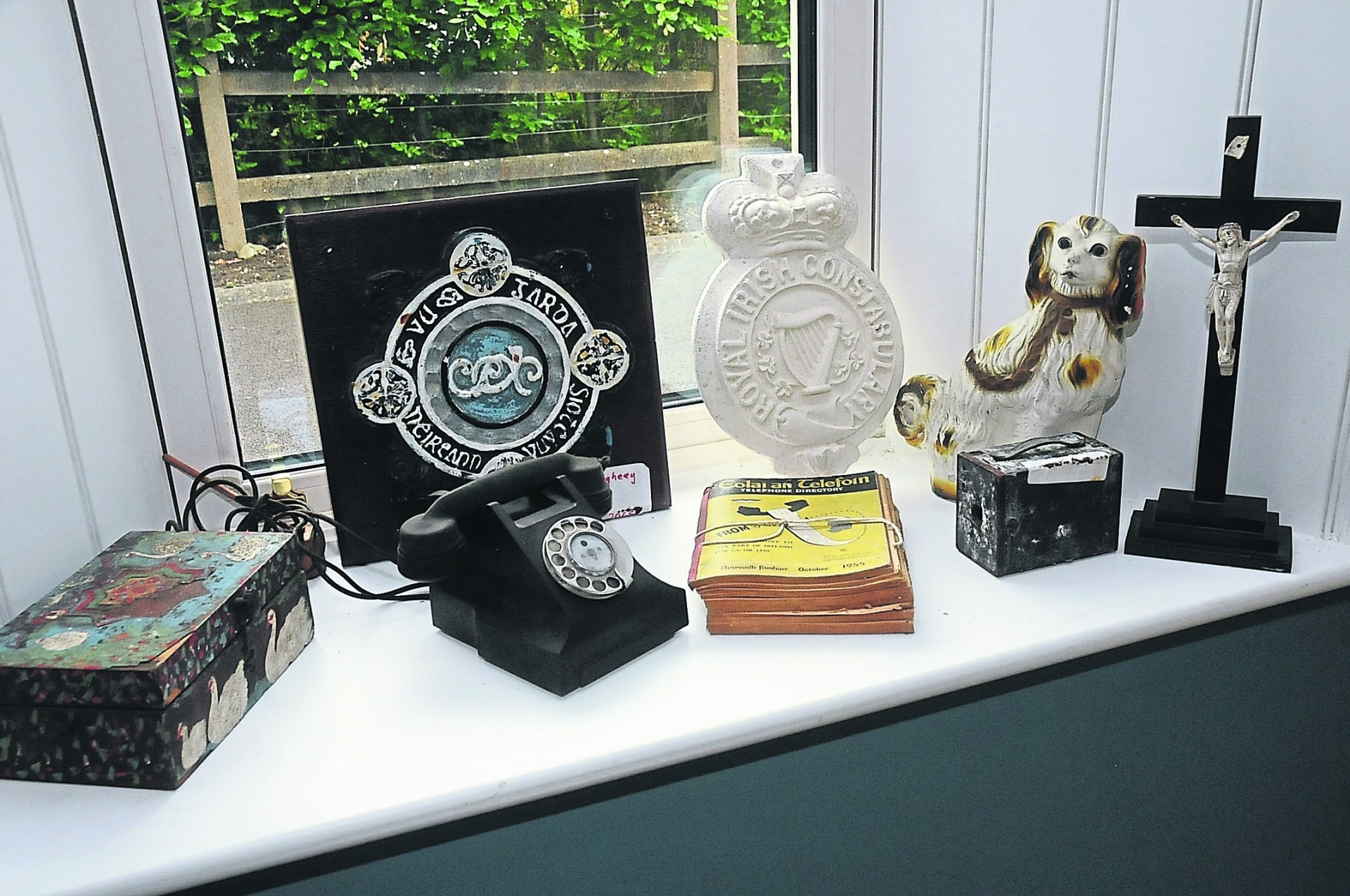 After its official opening in June last year, the centre attracted over 800 visitors from June to September, a remarkable feat!
Tours are booked almost daily during the Summer and Chairman Maurice Gannon said these tours are led by a group of five volunteers who live locally. They are hoping to get funding to hire people full-time to make it “more sustainable.”
The tour which is about one hour long looks at the history of rural policing, it also includes local social history and of course detailed information about famed Leitrim author John McGahern who lived in Cootehall Barracks as a child when his father Frank McGahern was Sergeant.

It was here in Cootehall Barracks that McGahern developed his love of reading, and writing and most probably began to study places and people in more depth!
There are plenty of new ideas being hatched by the committee, they plan to develop it upstairs into a working digital hub for people working from home and those who need occasional office space. There is also a seminar room.
At the moment they are hosting a wonderful exhibition by Mohill documentary photographer Paul Butler. The photos come from the book he created visualising the world of John McGahern. 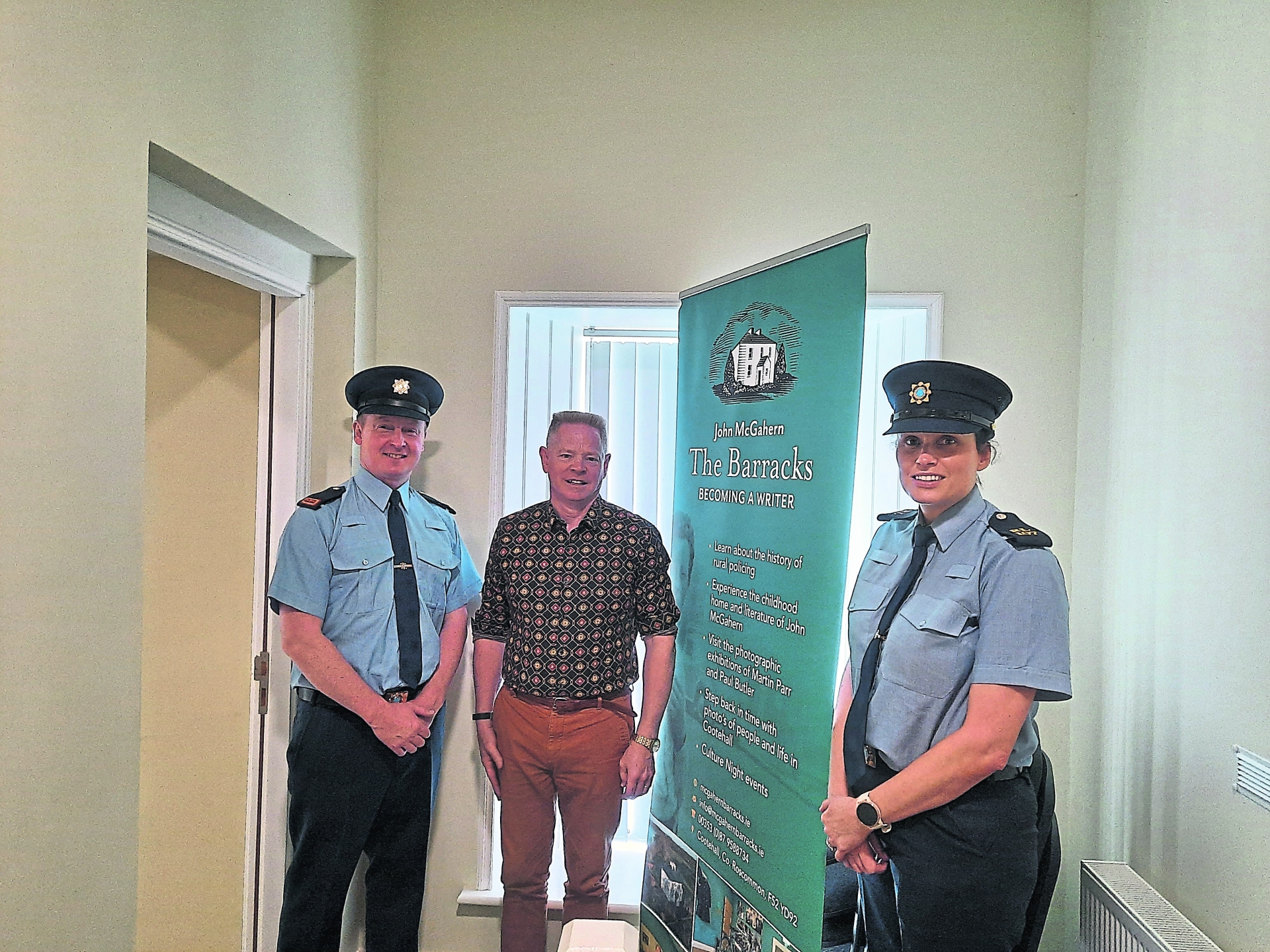 The committee are hoping to display an exciting exhibition from renowned Martin Par shortly, the international photographer who lived in Boyle in the 1980s and took a number of photos in the region during that time. Mr Gannon said they hope that exhibition will “open us up to even more visitors.”
The committee are also working on a new audio-visual playback which will include interviews with some older members of the community who remember John McGahern and his father during their time here.
Look out also for upcoming webinars on John McGahern, the committee held two last year which they hope to repeat later this winter. 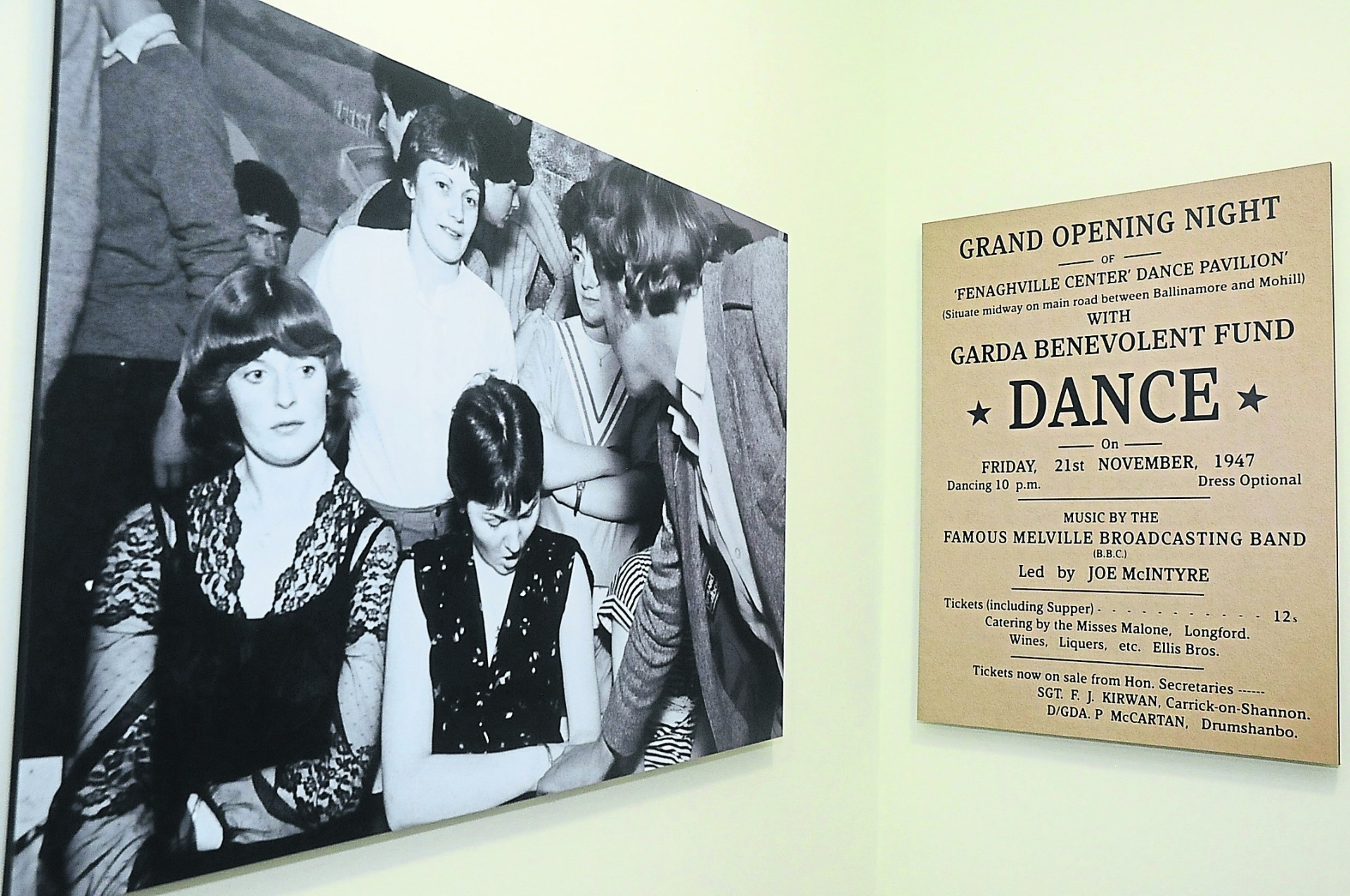 Just last month, the Barracks held a Garda Centenary event with Dr Liam McNiffe giving a presentation that focused on the birth of the Garda Siochana following the war of independence.
Maurice Gannon says they have received a lot of interest from retired Gardai and family members who remember living in the garda barrack - he said they hope to welcome more groups later this year.
The Barracks adds to tourism locally and the majority of their visitors will go on to Arigna Mining, Strokestown Park, Lough Key Forest Park and into Leitrim.
To book your tour visit www.mcgahernbarracks.ie or call (087) 9588734.