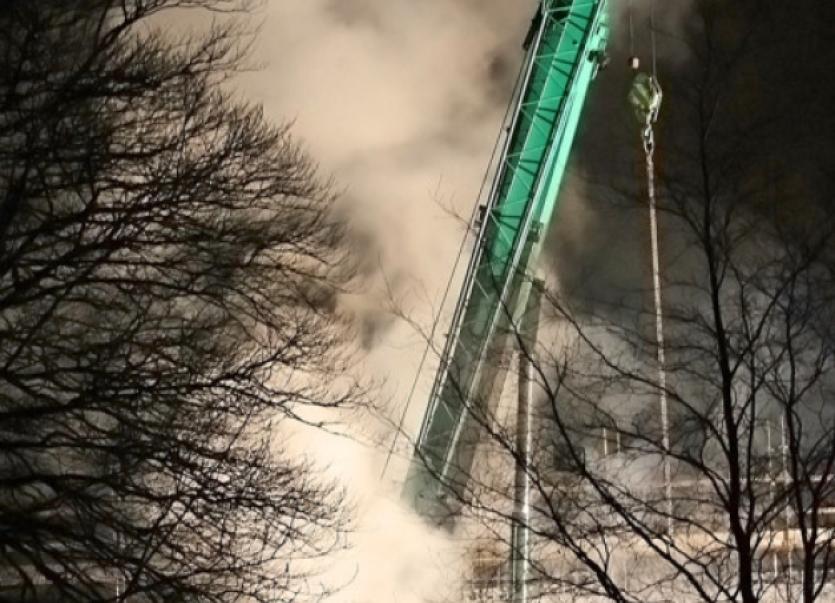 “Quinn Manufacturing Group today condemned the latest attack on its operations. Late last night yet another mindless incident took place, when there was an arson attack on a heavy crane belonging to the company and working on a new secondary school project in Ballinamore, Co Leitrim. The crane was destroyed and the Gardai are investigating.

“An initial view suggests that little damage appears to have been done to the school structure but a more extensive examination is being undertaken to confirm that. What is clear, though, is that the people who were working on that project yesterday and were expecting to work there today, have no work to go to today. Thankfully no one was injured in the attack which was carried out with no regard whatsoever to the safety of innocent people.

“Everybody on this island is acutely aware of the impact of the current economic climate in their daily lives. In particular everyone is aware of the massive decline in construction activity and the impact that has had, and continues to have, on businesses and employment in that sector. In this context these continuing acts of malicious sabotage directed towards the destruction of our local businesses and ultimately local employment, beggars belief.

“These recent attacks alone have cost our businesses in the region of €250,000 - no business can continue to sustain that level of sabotage cost without it having an impact on jobs.

“The question needs to be asked - in whose name are these thugs acting and to what purpose? Once again we respectfully encourage local influencers and community leaders to condemn outright all of these outrages and we ask them to encourage people to give whatever help they can to the Gardai and to the PSNI in tracking down the culprits and their sponsors.

“We do want to make it very clear that despite these outrageous attacks, our absolute determination is to ensure that these businesses succeed and that jobs in them are secured to the greatest possible extent.”