Over 300 attend public meetings on future of LDC 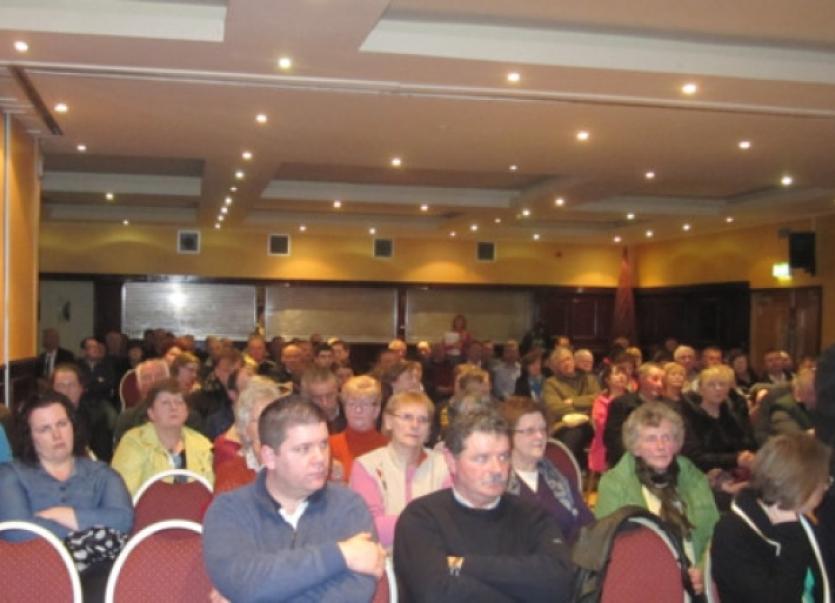 Over 300 people attended two recent public meetings organised by the Leitrim Development Company on the proposed Alignment of Local Government and Local Development.

Over 300 people attended two recent public meetings organised by the Leitrim Development Company on the proposed Alignment of Local Government and Local Development.

The meetings in Carrick-on-Shannon and Manorhamilton, were held to help explain the impact of Government proposals to establish a Social and Economic Committee (SEC) at county level, a structure which would effectively replace Leitrim Development Company.

The LDC’s core functions of planning and decision making including grant approvals, across all of the existing programmes would be given to the SEC and crucially, the SEC will decide who delivers/ administers LDC’s current local development programmes.

Speaking at the meeting, John Brennan, member of the Smallholders Committee of LDC said the Company was needed now “more than ever”

“There is a lot more work needs doing with Smallholders. The company is a resource that communities and committees have at their disposal. Leitrim will be worse off if the contracts are put into Leitrim County Council,” he said.

His words were echoed by many others in attendance who pointed to the flexibility and vast community knowledge within the current LDC structure as “something we want to keep” for the benefit of Co Leitrim.

LDC has recently started a petition to ensure that the current structure was maintained when it came to delivering programmes locally. Copies of the petition are available by contacting LDC directly on (071) 9641770. Already over 350 signatures have been secured and copies of the petition will be posted out to various groups and committees working with the LDC in the coming days. The cut off for returning completed petition forms to LDC is April 12.

Co Leitrim people are being asked to row in behind their Development Company and write to local TDs to ensure that current structures are maintained.

The Irish Local Development Network (ILDN) is also working to ensure that the delivery and administration of programmes are maintained within the current Development Company structure and they are seeking support from other organisations including the Irish Farmers Association and SIPTU.

The ILDN has set up teams to undertake a study to verify the value for money delivered by Development Companies in a bid to change Minister’s mind on this issue.