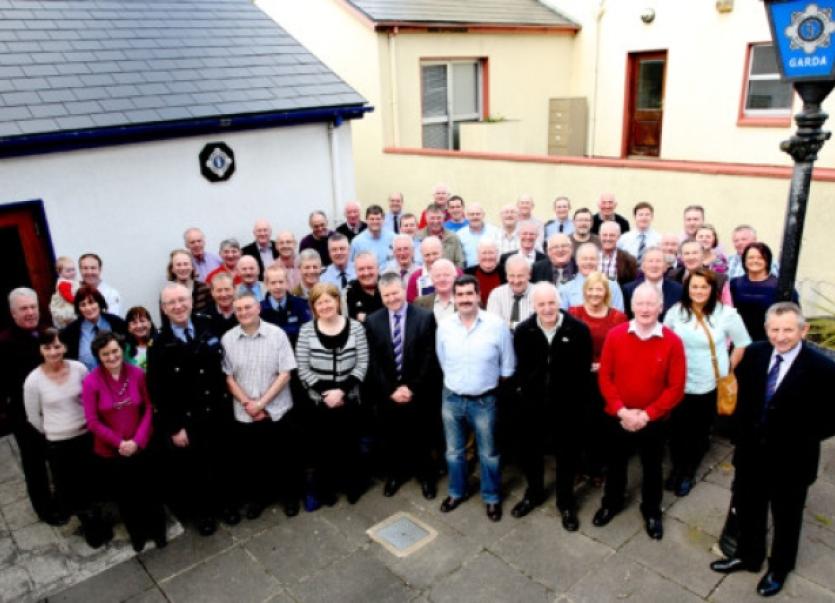 Just a matter of months after the closure of five Garda stations throughout the county (at the end of January), last month saw another significant change to the policing structures in the county as the Manorhamilton and Carrick-on-Shannon Districts were amalgamated to form the Leitrim District. Having been stationed in Manorhamilton since last July, Supt John Furlong recently moved to Carrick-on-Shannon and last week he took the time to explain what the recent changes mean to policing in the county.

Just a matter of months after the closure of five Garda stations throughout the county (at the end of January), last month saw another significant change to the policing structures in the county as the Manorhamilton and Carrick-on-Shannon Districts were amalgamated to form the Leitrim District. Having been stationed in Manorhamilton since last July, Supt John Furlong recently moved to Carrick-on-Shannon and last week he took the time to explain what the recent changes mean to policing in the county.

Talking about how the changes will effect the county from a policing point of view Supt Furlong explained, “On April 22 there were 10 amalgamations around the country with the view to improving efficiency. As regards manpower the only difference it made was that the administration of policing from North Leitrim is now being done from here as opposed to Manorhamilton. It has actually meant only two staff moving, myself and one clerical staff. There haven’t been any movement of Garda members so the same level of policing is still being provided in Manorhamilton.”

The closure of Garda Stations in Dromahair, Glenfarne, Dromod, Cloone and Keshcarrigan raised fears in many communities that the level of policing would drop but Supt Furlong has said that has not been the case.

“I’m only here in Carrick-on-Shannon a couple of weeks but I was in Manorhamilton covering the north of the county when the stations closed. I’ve increased the patrols in those areas, I’ve given additional community policemen to those areas and the feedback I’m getting from members of the public, it’s not an exact science, but they are seeing more police around the police.

“What I can say is that is that I’ve been getting pretty positive feedback, we have a clinic that we hold once a week in Dromahair. It’s on a pilot basis and the idea behind it is that it is for a couple of hours a week, in case some elderly people or someone who just couldn’t get to Manorhamilton or didn’t have a car might need to get a form or see a Garda about something. That’s what we’ve been running over the past few weeks and we’re trying to get something similar in Glenfarne. I’m referring to North Leitrim but I intend to put something similar in place here.”

Speaking about how he utilised the resources available to him in Manorhamilton, Supt Furlong explained, “I am trying to get the Guards out there, we have five units and I have at least one guard in each unit who while he is based in Manorhamilton, his specific responsibility is Dromahair and I expect him to be out there. We’re not going to snow the place under with police because we don’t have them but when the opportunity arises I expect him to be out there, liaising with the community and similarly in Glenfarne, Kiltyclogher, Kinlough. Each Garda in that District will be allocated a specific area.”

Supt Furlong also explained that he intends to implement a similar approach in Carrick-on-Shannon as he becomes more familiar with the area. “I’m only getting into it down here but I can say that I intend to go along the same lines as what was up there. I just need to get my head around it and familiarise myself with the members and putting the right members in the right places. There are a good few of the Gardai here who would already have ties with various areas. I don’t want to rush into it.”

One issue which Supt Furlong is keen to address is the issue of anti-social behaviour in Carrick-on-Shannon at weekends as he stated, “It’s problematic, there is no doubt about that, Bank Holiday weekends in particular. It was reported in the Leitrim Observer recently that there were some assaults over the last Bank Holiday weekend, we are investigating those matters and we are making good progress in those investigations and I would expect that there would be people coming before the court in at least two of the three incidents.

“I’m looking at increasing the number of Gardai in relation to having additional personnel on patrol in Carrick-on-Shannon for the weekends between now up to the end of the summer.”

To mark the occasion of the closure of the Garda District office in Manorhamilton a social event was held which was attended by a large number of Gardai who were either retired or were serving elsewhere and although only there since last July Supt Furlong was particularly complimentary towards the people and community of Manorhamilton.

“I really enjoyed my time in Manorhamilton and I found the people to be pro-Garda and very decent people. I had a great time with them since last July and they are very co-operative with Gardai. The Garda Station has been there since the foundation of An Garda Siochana. Any of the Gardai who worked there and that goes for myself as well, they built up a certain affinity with the town and with the people, even though I was only there eight or nine months, it’s that kind of place.”

At the social function a special presentation was made to Kathleen Gallagher who Supt Furlong said, “has been a really loyal servant to me and to many of my predecessors and to all the Gardai that have passed through there over the years. A presentation was made to Kathleen that day to recognise the valuable input that she has made, she has been a tremendous servant to the organisation and the people of Manorhamilton for the past 40 years.”