One Direction spotlight on Mohill 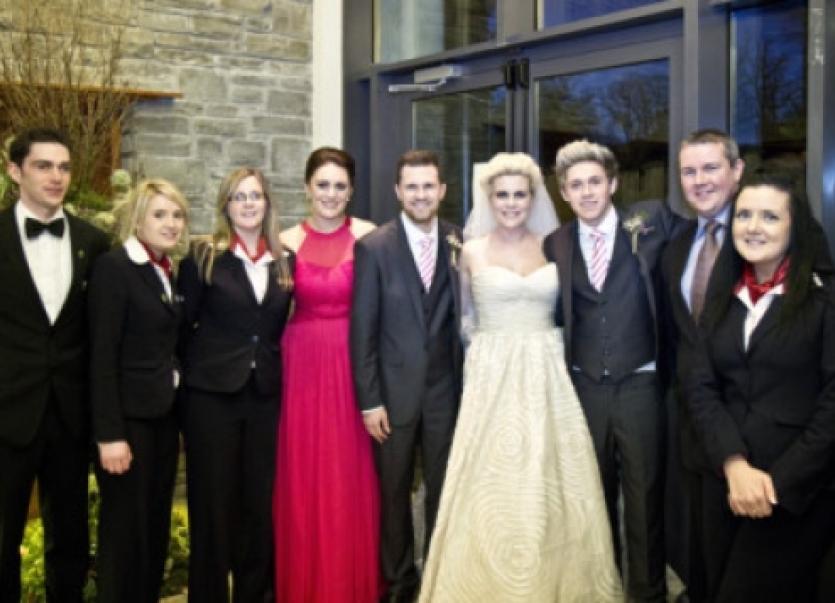 Did you see One Direction’s Niall Horan in Mohill last week? Well if you didn’t, you may be the only one.

Did you see One Direction’s Niall Horan in Mohill last week? Well if you didn’t, you may be the only one.

Social media was on fire last Wednesday, March 27 as fans posted on Facebook, tweeted and stalked Mohill and Lough Rynn Castle Hotel for a glimpse of the handsome popstar who was best man at his brother’s wedding.

The wedding was a big coup for the county, which is attracting more and more celebrity weddings following the footsteps of Brian O’Driscoll and Amy Huberman (2010).

The Horan’s kept their wedding very local, they had Drumshanbo’s La Belle Fleur for their church and reception flowers, Ballinamore camera man Niall Megahey captured the day on video for Complete Weddings and local band The Aftermath who are based in Drumlish provided the music and song for the evening entertainment.

The boho chic style wedding is expected to raise the profile further for Leitrim as a unique wedding destination. Award winning florists Carmel and Helena O’Rourke from La Belle Fleur said they were “delighted” to be part of the Horan’s big day. They said the couple were wonderful and whole family including Niall were so happy and chatty.

It is understood that the much loved popstar Niall Horan took the opportunity to sing a few tunes for the private wedding function. Approx 150 guests attended the wedding, which is expected to feature on the upcoming 3D One Direction movie.

Niall’s One Direction band mates Harry Styles, Zayn Malik, Liam Payne and Louis Tomlinson were invited to the wedding but were unable to attend.