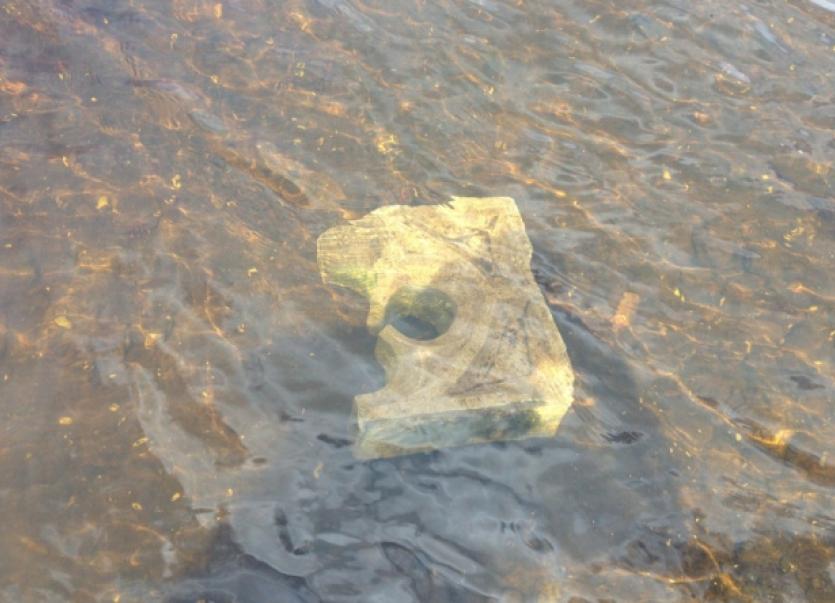 Minister for Arts, Heritage and the Gaeltacht, Mr Jimmy Deenihan TD, has welcomed the recovery of the carved fifteenth century limestone window removed from the gable of a medieval church on Church Island, Lake Garadice.

Minister for Arts, Heritage and the Gaeltacht, Mr Jimmy Deenihan TD, has welcomed the recovery of the carved fifteenth century limestone window removed from the gable of a medieval church on Church Island, Lake Garadice.

Following a report from a member of the local community who discovered the window frame in shallow water near the lake shore, Gardai from Carrick-on-Shannon carried out the recovery under the supervision of a Garda forensic team. An archaeologist from the National Monuments Service of the Department of Arts, Heritage and the Gaeltacht will inspect the window frame to assess whether damage has been caused to the artefact.

The window is a significant part of the medieval church structure on Church Island and conservation works were undertaken in recent years on the church by the Ballinamore Development Association and the Everan Foundation, with the co-operation of Coillte and the support of grant-aid from Leitrim County Council, the Heritage Council of Ireland and contributions from members of the Breifne Historical Society.

Minister Deenihan expressed his gratitude to An Garda Síochána and to Patrick Bradley who found the window frame, “I am very pleased that the window frame has been recovered. I want to pay tribute to the Gardaí at Carrick-on-Shannon for their work and, in particular, to Mr. Bradley. This case once again outlines the key role played by local communities in protecting and safeguarding our national heritage. I am grateful to those amongst the public and the media who have helped to raise awareness of the incident and have contributed to the recovery of the window frame.”

An outer facing stone from a gun loop in the tower of a bawn on neighbouring Crane Island (also known as Slasher’s Island) in Lake Garadice is still missing.

Anyone with any knowledge of either incident should contact the Gardai in Carrick-on-Shannon, Co. Leitrim, Tel 071 9620021 or his Department’s National Monuments Service at nationalmonuments@ahg.gov.ie or 01 8882169.