Farmers will tell G8 leaders ‘We support farming not fracking’ 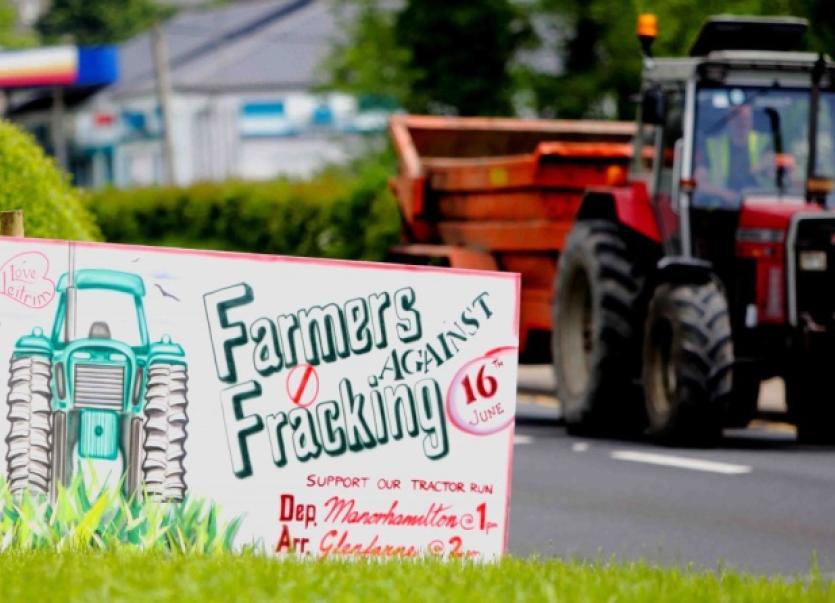 World political leaders will gather at the G8 Summit in the Lough Erne Resort outside of Enniskillen this weekend.

World political leaders will gather at the G8 Summit in the Lough Erne Resort outside of Enniskillen this weekend.

US President Barack Obama and Russian President Vladimir Putin are among world leaders attending the high profile and large security summit. Approx 8,000 officers will be on duty in Northern Ireland this weekend as well as 900 Gardai assigned to the border region to prevent any disturbances to the high profile event. Tens of thousands of protestors are expected to descend on the area this week. Security measures include a no fly zone, a ban on marine activity on lough Erne, drones, armoured vehicle and a new law to allow Gardai to shut down mobile networks in case of a security breach.

Expecting to bring their campaign to the attention of the World leaders Leitrim farmers will stage a tractor run on Sunday June 16th from Manorhamilton to the iconic Ballroom of Romance Glenfarne in Leitrim to shine a light on their opposition to fracking on the national and world stage.

Organisers from Love Leitrim estimate at least 80 tractors will turn out in what is expected to be a colourful yet poignant show of North /South solidarity. Love Leitrim said, “There is a temporary suspension of licensing while research is conducted on the controversial gas mining technique in the Republic of Ireland. However, there is no such suspension in Fermanagh where world leaders meet. Tamboran Resources have stated that they plan to drill this year within Fermanagh only a few miles away from the South.”

Michael Gallagher, local pensioner and sheep farmer said, “These leaders like the companies are here for a short time, and will be gone, We aren’t going anywhere. We are tied to this place and the land we survive off. Its not just our livelihood, its our life, and its the lives of the next generation too.” He is concerned that the farming reputation of the whole of Ireland is at stake should fracking be introduced in either Ireland or Northern Ireland. He sees the only way to safeguard future jobs in agriculture is through banning the industry.

The Tractor run leaves at 1pm from the Mart in Manorhamilton and arrives at the Ballroom of Romance in Glenfarne at 2pm.

Gardai are advising motorists of security checks on border crossings and delays in the lead up to the G8 Summit.