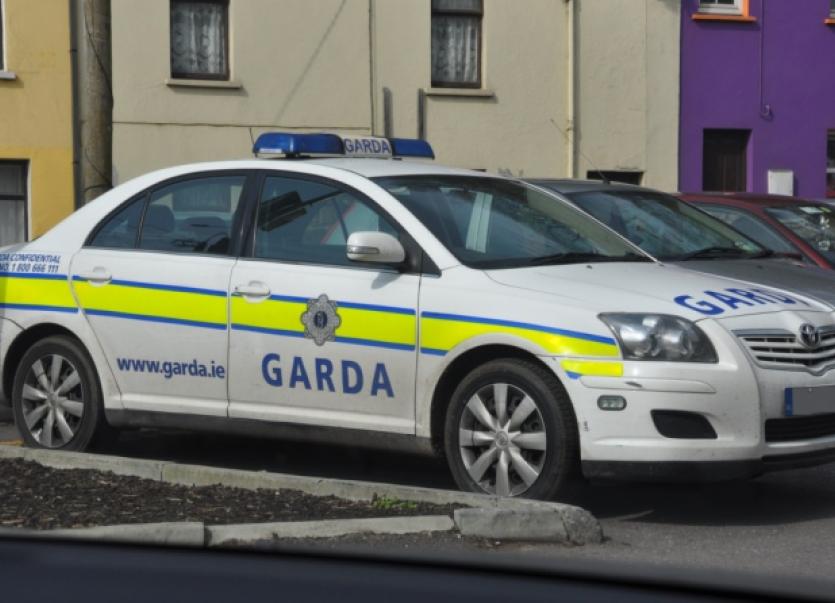 Two Gardai remain off work after the squad car they were travelling in was struck by a car they were pursuing in relation to road traffic offences.

Two Gardai remain off work after the squad car they were travelling in was struck by a car they were pursuing in relation to road traffic offences.

The incident occurred on Wednesday morning last, July 24 at approximately 4.35am.

The Leitrim Observer understands Gardai were made aware of a car which was thought to be acting suspiciously in the Drumshanbo area during the Joe Mooney Summer School Festival which was held in the town last week.

When the car, a navy Seat Ibiza, returned to the town an attempt was made to speak to the occupants but the car left at speed.

It is understood the car was pursued via Corryard and through various back roads in relation to road traffic offences.

The pursuit continued for a number of miles until the patrol car went around a corner at Cornaroy where the vehicle was observed and was thought to have come to a halt.

As Gardai were getting ready to exit the car the Seat Ibiza reversed at full speed into the patrol car and the three occupants of the car made good their escape.

Gardai are seeking the assistance of the public and would like to speak to anyone who may have noticed the navy Seat Ibiza in Drumshanbo on the day in question.

Gardai reported there were a number of skirmishes involving youths during the week of the Joe Mooney Festival in Drumshanbo but there were no reports of any assaults in the area. According to local gardai, “people witnessed a lot of argy bargy.”

Elsewhere, Gardai in Carrick-on-Shannon are seeking the help of the public in relation to an assault which occurred in the town on Saturday night/Sunday morning at approximately 3am.

One person sustained minor injuries as a result of the incident but was not hospitalised.

Anyone with any information in relation to the above incidents is asked to contact Carrick-on-Shannon Garda Station at (071) 9620021.