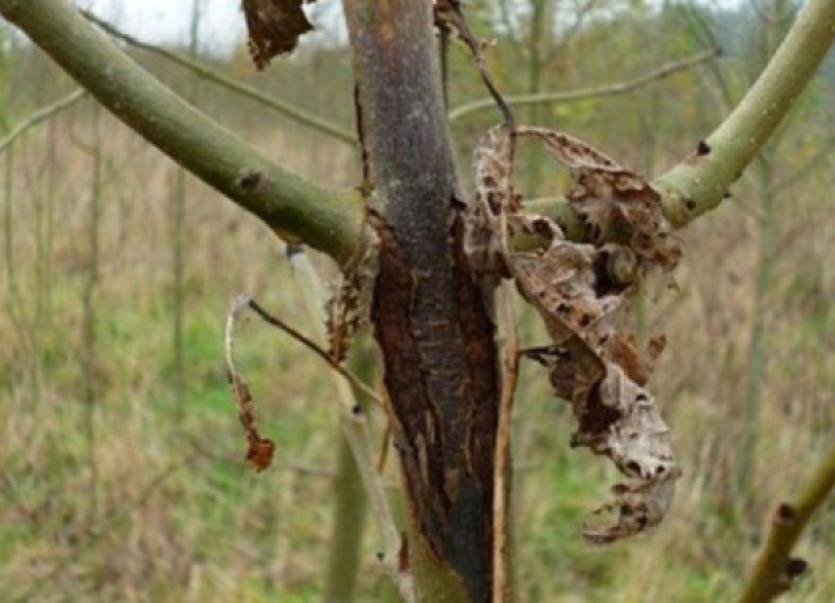 The deadly Ash Dieback disease, Chalara Fraxinea, has now been detected trees in a hedgerow near an infected plantation in Co Leitrim.

The deadly Ash Dieback disease, Chalara Fraxinea, has now been detected trees in a hedgerow near an infected plantation in Co Leitrim.

The plantation itself was the first Irish site confirmed positive for the disease in October last year and there is now growing concern that efforts to contain its spread, may fail.

A major survey of Ash trees has been carried out by the Department of Agriculture, Food and the Marine since the initial discovery of the disease. To date there have been a total of 97 confirmed findings of the disease throughout the country and efforts are currently underway to clear these sites.

As part of the surveillance effort a systematic survey of Ireland’s hedgerows as well as a targeted survey of hedgerows surrounding infected plantations has been carried out.

The Department has now confirmed that trees have tested positive from both internal hedgerows within the first confirmed positive plantation and a hedgerow tree that is external to the plantation, in Co Leitrim.

Minister of State at the Department of Agriculture, Tom Hayes said he was fully aware of the significance of this finding and had “asked officials to put a comprehensive eradication plan into place immediately.

“We will continue this policy of eradication and will keep the policy under constant review as results come in.”