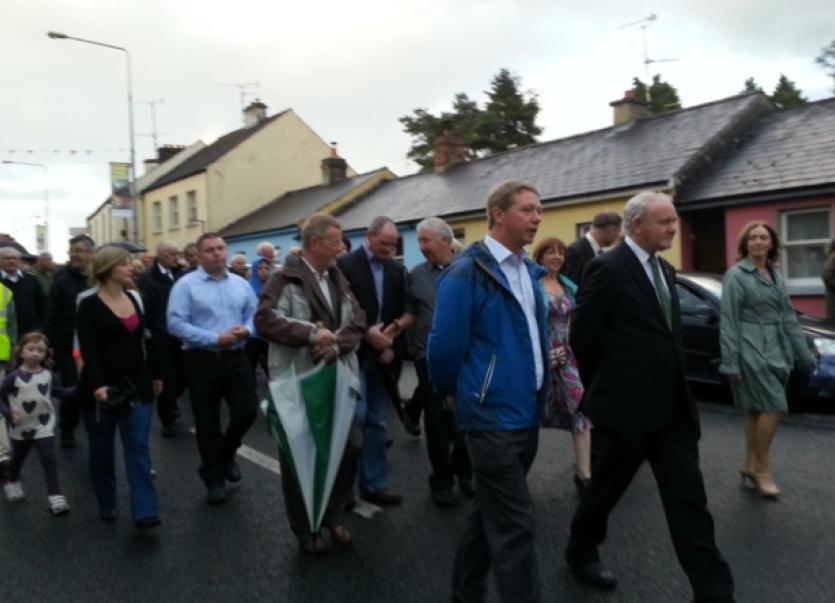 Over 400 people attended the ceremony commemorating 25 years since John Joe McGirl, a leading IRA figure and TD for Sligo Leitrim was laid to rest. Martin McGuinness said that John Joe McGirl “was, and remains for republicans, not just here in Leitrim, or the border, but across our country, an inspirational leader. 25 years on from the time we laid John Joe to rest he continues to inspire.” McGuinness branded the recent decision by the DUP to abandon plans for a major peace centre at the site of the former Long Kesh prison as “a mistake.”

He challenged political unionism to stop “continually feeding the insatiable appetite of those who see life through a red, white and blue prism.” McGuinness said he was optimistic that progress can be made on the issue of parades in the North if they are approached in the right spirit and he challenged unionism to accept those with an Irish identity and culture as equal to those of a British outlook. “The peace process needs political leaders with the skills and craft of John Joe McGirl at this time,” he stated. He called on Leitrim people to support EU and local Sinn Fein politicians in next year’s elections.