Drumshanbo exhibition offers
‘Glimpses of the Past’ 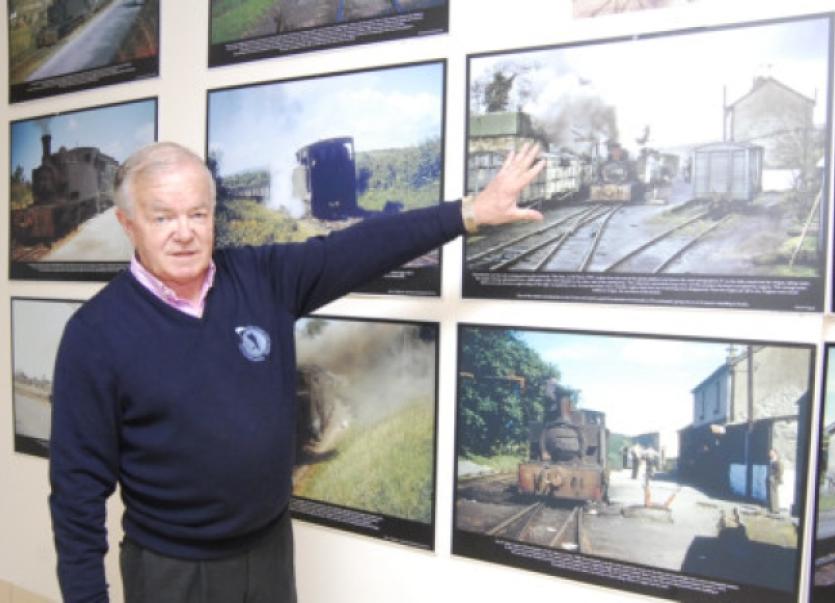 A special exhibition is offering visitors a unique insight into the lives, characters and stories of Drumshanbo Town and its environs.

A special exhibition is offering visitors a unique insight into the lives, characters and stories of Drumshanbo Town and its environs.

Glimpses of the Past, housed in a building which formed the original gateway to Durkins shop yard on Bridge Street, boasts memorabilia, photographs and documents recording the history of the area from the 1800s right up to the 1980s.

The exhibition opened in June and there are hopes that it will be come a permanent tourist attraction.

The visitor’s books is something of an international affair with comments from visitors from throughout Europe, Australia, New Zealand and America. Even those without obvious links to the town have come to visit the exhibition and organisers say they have been delighted with the response to date.

The exhibition has been loosely split into three sections: the Old Narrow Gauge Railway; Drumshanbo’s streets and Community and Energy.

In display cases you can view a Free State passport dating back to 1927 and also the whistle that belonged to the last Station Master to serve in Drumshanbo as well as a Northern Bank Book dating back to 1925. Visitors can see an election slip for the 1927 campaign for Archie Heron and an original copy of the Nationalist newspaper ‘An Claidheamh Soluis’- Sword of Light - dating back to 1904.

Read through the business listings from the 1942 Thoms Directory or see copies of ads from well know local businesses, published in the Leitrim Observer from the late 1920s to the 1950s. There are also images from the Mayflower Ballroom and the Fleadh along with photos taken at the Fair Days in Drumkeerin and Dowra by a visiting American photographer in the 1980s.

Of course a large section of the exhibition focuses on the Old Narrow Gauge Railway which ran from the late 1800s until the 1950s.

Iconic images have been blown up to poster size and include everything from the trains which traversed the rails to photos of an accident which occurred on the line near Drumshanbo on June 8, 1953. The image shows a collision between a car and a train on the LRTL.

Apparently the car became stranded on the line at a crossing aftera brake cable snapped and it was struck and overturned by the train. Despite the impact, no one was injured and both the train and the car - once righted - were able to continue on their way.

There are also images of the Station in Drumshanbo which opened in 1887 and closed in 1959, but most striking are the images of the final train journey on the line before its closure. There are photos of children on the last train and even one of CS Laird, who was 7 when the railway opened in the 1800s and 80 when he joined the train driver in the lead engine for the final journey in 1959.

Indeed the Lairds factory and their electricity station - opened in 1906 - also form a special part of the exhibition with everything from the 1936 tax cert to images of members of the Laird family and their employees.

This year the Ohio branch of the extended Laird family visited relatives in the Carrick on Shannon area and went to Drumshanbo to view the exhibition.

“They were amazed by the images we had and by the history of the Laird family in Drumshanbo and for the first time saw the contribution of their forefathers to the area’s economy – industrial, commercial and energy.” explains Noel McPartland, one of the driving forces behind the exhibition.

“It was their first trip to Ireland and later this month they hold their 136th Laird Family Reunion in Ohio where they will present the photos and footage of their Irish trip to the rest of the Laird clan”.

The organisers want to thank everyone who has made this exhibition a reality. Special thanks to Drumshanbo Credit Union, Leitrim Development Company and The Gathering 2013. Many words of thanks to local historian Eamon Daly. His input is vital to the success of the exhibition and greatly appreciated.