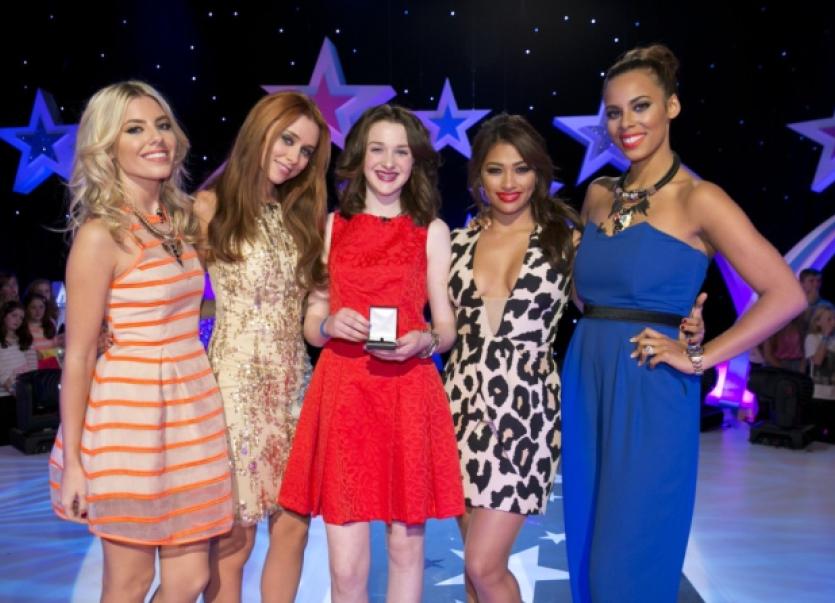 ‘Una’s Dream Ticket’ is a brand new wish fulfilment show on RTÉ TWO this Christmas, presented by Una Healy from girlband, ‘The Saturdays’.

‘Una’s Dream Ticket’ is a brand new wish fulfilment show on RTÉ TWO this Christmas, presented by Una Healy from girlband, ‘The Saturdays’.

Starting on Christmas Day, in each of the eleven shows Una makes dreams come true for lots and lots of Irish children – from meeting their favourite Premier League football star to hanging out with their pop idols, to getting a trolley dash in a toy shop – Una’s waving her magic wand across the land!

Not only does she make dreams come true in every episode, but Una will also be joined by her bandmates ‘The Saturdays’ in every show to perform one of their smash hits.

Hannah Gilmartin (10) from Kinlough, whose dream was to be a sports journalist spent the day with Eamon Dunphy working on the commentary on the pre and post match analysis of Trappatoni’s last match as manager of Ireland. Hannah’s show airs on New Year’s Day, Wednesday 1st January.

As Ireland’s biggest and brightest female pop star, Una is delighted with her new role as dream maker.

“I am so excited to have been offered this amazing opportunity. Una’s Dream Ticket promises to be filled with fun and surprises.”

With a sprinkling of popstar magic, Una Healy and ‘The Saturdays’ are guaranteed to make this the most feel good shows on TV this Christmas as the long-held dreams and ambitions of the nation’s youngsters become amazing realities!

The dreams range from a masterclass in training with the Leinster Rugby team, singing with The Saturdays, dancing with the cast of ‘Hairspray’, meeting movie star Chris O’Dowd, going behind the scenes at Hollyoaks and Corrie. One fan got introduced to the Leeds United soccer team by their star player Sam Byram. One dreamer even got to run the zoo for a day!