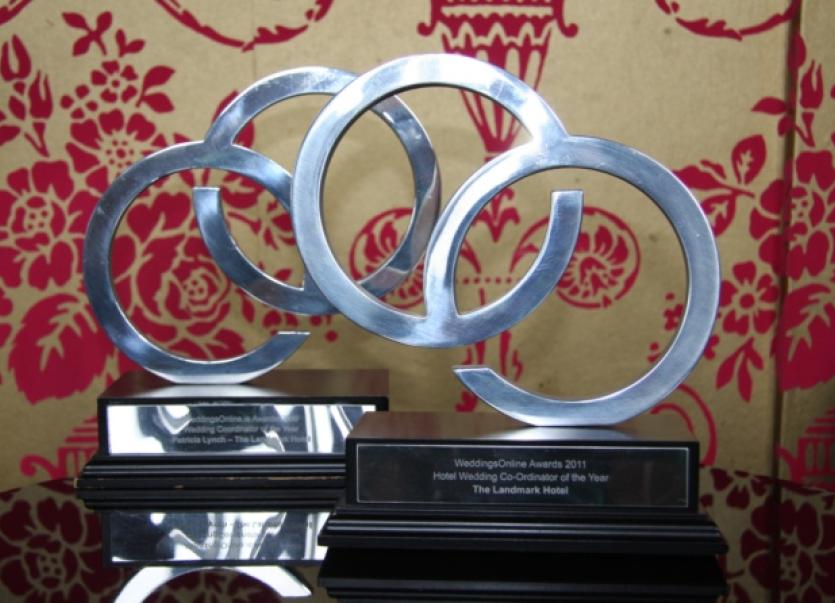 Carrick-on-Shannon’s Landmark Hotel has secured finalist honours in 2014 Weddingsonline Awards - for an amazing fifth year in a row.

Carrick-on-Shannon’s Landmark Hotel has secured finalist honours in 2014 Weddingsonline Awards - for an amazing fifth year in a row.

“We battled it out for votes by calling on all our local supporters and also past and future brides and grooms to vote,” said Wedding Coordinator, Patricia Corrigan “and we are delighted to have made it into all three categories again.

“This is a great achievement as the standard this year is really high and Weddingsonline said that this year they received a record number of votes.

“We are so excited about becoming Finalists again and we really do hope that this year we can bring the silverware home to Leitrim. Having being recipients of Wedding Coordinator of the Year two years running and also of Wedding venue of the year Connaught we are really proud to say that out of the previous four years we have won three times. This is a testament to our Team members working here at the Landmark Hotel.”

The judging process for the finalists will now begin and it is hoped that The Landmark will continue the success it has seen in recent years.

“The judging is a process we take very seriously and it is one in which we are assessed on our credentials as a premium wedding venue provider,” said Patricia.

“We are looking forward to a very busy year next week with our new innovation of the Big Landmark Wedding Quiz and the Awards all taking place in February 2014. It is a very exciting time for us all here in the hotel.”