Investment expected from gold findings in the border 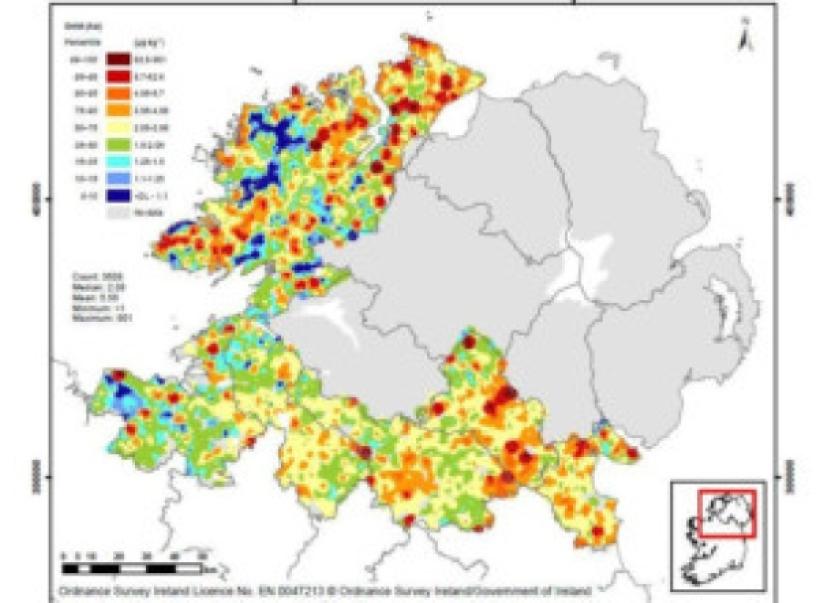 The Tellus Border Report has created an enhanced map of gold occurances in the border region.

The Tellus Border Report has created an enhanced map of gold occurances in the border region.

As well as highlighting known existing gold occurrences, such as Clontibret in Co. Monaghan and Glentogher and Glencolumbkille in Co Donegal, a number of new areas with anomalous gold concentrations have been identified including near Kingscourt on the Monaghan – Cavan border, Carrickmacross in Co Monaghan, Killashandra in Co Cavan, Easky in Co Sligo and several areas of the Inishowen Peninsula, and Termon, in Co. Donegal.

Although no large areas of gold concentration were found in Leitrim, it still does not rule out small findings of gold in the very north of the county and on the area bordering the Killeshandra area.

Celebrating the conclusion of the major cross-border initiative, Minister for Natural Resources, Fergus O’Dowd TD, commended “both the world-class science and the cross-border partnerships that underpinned the project.

“I am delighted that this new dataset is available and its results will assist mineral exploration in the border county region.

“Following the Tellus Survey (2004-07), which produced a gold map for Northern Ireland, mineral exploration licence applications increased significantly and it is now estimated that £32 million has been stimulated in inward investment to the Northern Irish economy,” said Minister O’Dowd.

“Since preliminary data from the Tellus Border project was released in February 2013, the border region of Ireland has seen an increase in prospecting licence applications, with a committed spend of up to €1m over a six year period in the Irish economy if the applications are successful. The gold map, along with other maps released today, will add to that economic investment already beginning in the Border area.”

The project, which involved a land-based geochemical survey and an airborne geophysical survey, collected a wealth of new information about the natural resources of the border region – namely counties Donegal, Sligo, Leitrim, Cavan, Monaghan and Louth.

Radon was also found to be naturally higher in the border area. The survey results are available on tellusborder.eu.